Those people who go by the (false) belief that AWD vehicles are same as 4WD vehicles are usually the ones who rely on the fact that all four wheels are powered in both the systems, whilst ignoring the obvious differences in their working mechanism. 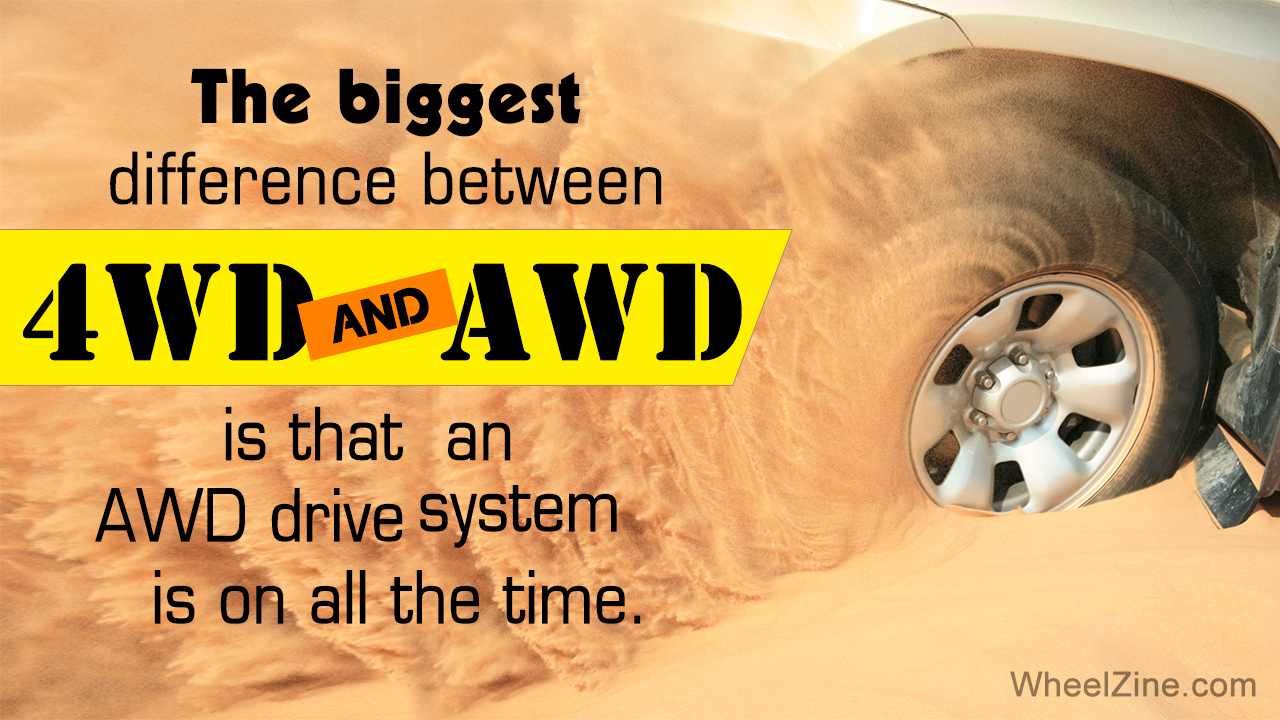 Those people who go by the (false) belief that AWD vehicles are same as 4WD vehicles are usually the ones who rely on the fact that all four wheels are powered in both the systems, whilst ignoring the obvious differences in their working mechanism.

Restricted to sports-utility vehicles (SUVs) at one point of time, the 4 wheel drive technology has now been introduced in the luxury segment as well. Or has it? Of late, several manufacturers have started marketing their all-wheel drive vehicles (AWDs) as four-wheel drive vehicles (4WDs). That the two concepts are not the same, is conveniently kept under wraps. In fact, the two terms are even used interchangeably nowadays.

All this confusion has resulted in many people believing that 4WD cars are same as AWD cars, which is technically incorrect. If you intend to buy a new vehicle, you have to do some research on the differences between 4WD and AWD systems; if you don’t, you are likely to end up spending on some feature, which you will never use.

Basically, a genuine four-wheel drive vehicle is useful when it comes to rough terrain, i.e., rocky regions, deserts and sand dunes, snow-covered roads, etc. All-wheel drives in guise of four-wheel drives cannot be used in such conditions for some obvious reasons. For starters, most of the AWDs are built on passenger-car platforms, and using them in rough conditions without damaging them is nearly impossible.

As the name suggests, all wheels are powered in these vehicles. There are basically two types of all-wheel drive systems –

In automatic AWDs, only one axle is engaged in normal conditions, while the second axle come into play in slightly rough conditions. In selectable system, the driver gets to select the degrees of wheel engagement.

The four-wheel drive system is also divided into two types –

In case of part-time 4WD system, the driver can engage the 2WD (rear-wheel drive mode) when traveling on normal roads, and lock into four-wheel drive mode for off-roading. In full-time system, the 4WD mode comes default, and the presence of central differential means it can be driven on various surfaces without any trouble.

Difference between AWDs and 4WDs

Basically, 4WDs come with the option of switching between the four-wheel drive and two-wheel drive mode; an option which is not available in AWDs. This switch is facilitated by a two-speed transfer box, which transfers equal torque to all the wheels.

In part-time 4WDs, the switch between the 2WD and 4WD modes is done manually, with a dedicated lever (i.e., the conventional way) or button/dial (in the more recent models) facilitating the same. It is possible to switch from 4WD mode to 2WD mode, and vice versa, even when the vehicle is in motion.

In most of the 4WDs in production today, the user also gets to choose between the 4 High (4H) and 4 Low (4L) settings. While the 4 High setting is used for normal off-roading, the 4 Low setting can be engaged when driving in rough terrain wherein more torque is required (extreme off-roading, for instance).

Unlike the switch from 2WD to 4WD, which can be done on the move, switching from 4 High to 4 Low is only possible after coming to a complete halt. Using the 4 High system when driving on normal roads can be detrimental for the drive system components, and hence is best avoided.

If it is possible to use vehicles with four-wheel drive system on board in extremely rough terrain, with steep inclines, deep snow, sand, etc., it is because of the 4 Low setting; by far the most important feature of a true 4WD. It is the absence of this very feature in AWDs that makes them unsuitable for off-roading, and differentiates them from their 4WD counterparts.

Having said that, the differentials in AWD do limit the slippage in case of low traction situation, and therefore, work fine in snow, rain, or icy conditions.

The presence of central differential, which helps each of the wheels rotate at different speeds, is a boon for the AWD system. The mechanism comes handy when taking sharp turns, wherein the outer front wheel has to cover more ground than the inner front wheel. In contrast, the part-time four-wheel drive vehicles do not have a central differential. In its absence, the front and rear wheels rotate at same speed, which―consequently―makes it difficult to handle these vehicles on sharp turns.

In 4WDs, all the power is diverted to the rear wheels when the vehicle is in the 2WD mode, and equally distributed between the four wheels when it is in the 4WD mode. That makes 4WDs ideal for normal roads (2WD mode) as well as off-road tracks (4WD mode), where two wheel drive vehicles can falter.

While AWDs are great for normal roads, the same cannot be said when it comes to off-road tracks. Even in normal conditions, driving an AWD is as good as driving a front-wheel drive vehicle, with 90 percent of the power going to the front wheels.

Size constraint also plays a crucial role in determining what system in used in a vehicle. A four-wheel drive system is most often used in large SUVs, which are truck-based platforms with no dearth of space. On the other hand, small SUVs and other small vehicles, which are built on passenger-car platform, usually have the all-wheel drive system on-board. Both systems add to the weight of the vehicle, thus resulting in relatively poor fuel economy. Having said that, AWDs do have a slight edge when it comes to this aspect of comparison. 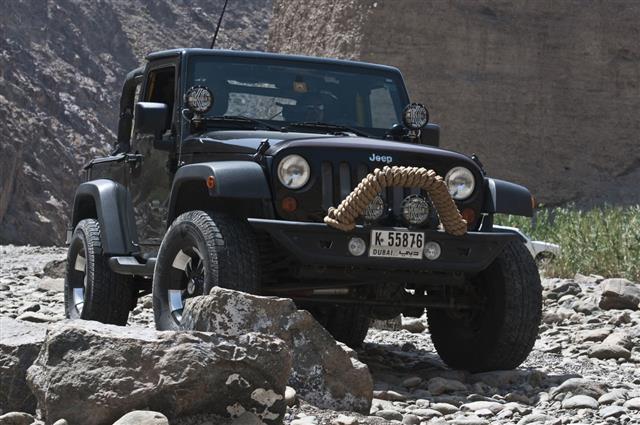 Over the period, several new features have been introduced in these vehicles, which, in turn, has reduced the difference between the two systems to a great extent. Only a few vehicles boast of a four-wheel drive system, which hasn’t undergone drastic change; the Jeep Wrangler being one of the best examples of the same.

Some car manufacturers have even engineered their own drive systems; the 4RM, used in Ferrari FF, is one of the most recent names from the lot. Incidentally, the FF is the first production four-wheel drive model from the Italian car manufacturer. Each of these systems have their own pros and cons.

While four-wheel drive vehicles are not as fuel efficient as their all-wheel counterparts, they do assure that extra bit of security in off-road conditions. One has to understand that, it’s not possible to go to some snow-clad region and not worry about being stuck in snow just because you own some all wheel powered robust SUV. Other factors, like the driver’s experience and the tires used in the vehicle, also come into play when we talk about safety.

Regardless of which of these two systems you have on board, it’s always better to look at it as a safety feature. Traction is definitely an add-on when it comes to slippery surface, but too much of the same, and your vehicle might turn turtle when you are taking a sharp turn. Features, like the 4WD system, should not put you into dire situations, but instead, should come handy when you find yourself in such situations.