Though many established automakers have already incorporated Continuously Variable Transmission (CVT) instead of the traditional manual/automatic transmission due to the advantages it offers, it does have certain drawbacks. The following article provides information on CVT problems. 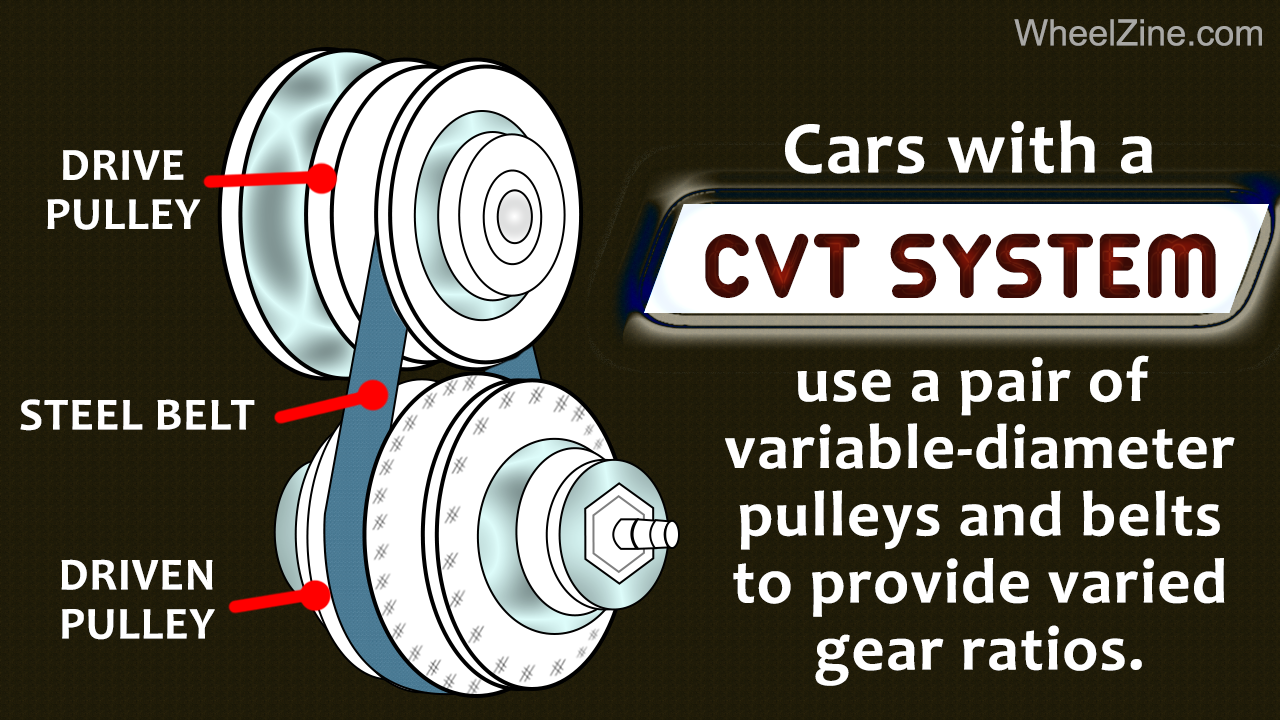 Though many established automakers have already incorporated Continuously Variable Transmission (CVT) instead of the traditional manual/automatic transmission due to the advantages it offers, it does have certain drawbacks. The following article provides information on CVT problems.

It was in 1958 that Van Doorne’s Automobiel Fabriek introduced DAF 600, which was the very first car that came with a continuously variable transmission (CVT).

How Does a Continuously Variable Transmission Work

Cars with a CVT system make use of a pair of variable-diameter pulleys and belts to provide varied gear ratios. The input pulley is connected to the engine, whereas the output pulley is connected to the drive wheels. A metal belt runs between the two pulleys. When the pulley halves come closer to each other, the metal belt or chain goes higher on the pulley, thereby increasing the diameter of the pulley. Different gear ratios are achieved through the change in the diameter of the pulleys. Lower ratio would be achieved when the diameter of the input pulley is smaller than the output pulley and vice versa. Thus, the change in the diameter of pulleys plays a great role in changing the ratio of engine speed to car speed. Automakers have also come up with other types of continuously variable transmissions such as hydrostatic or toroidal CVT. Toroidal CVT systems use power rollers and discs, whereas hydrostatic systems use hydrostatic pumps and motors for getting varied gear ratios. Some cars come with an electrically-controlled CVT. However, these should not be confused with CVT, as this system requires a single planetary gearset (Power Split Device) in place of regular-CVT friction belts. Unlike a CVT that provides infinite gear ratios, an ECVT provides a fixed gear ratio.

Though cars with CVT may provide superior fuel economy and better acceleration, automobile enthusiasts often raise the issue of reliability. Some of the car models that were equipped with CVT, have received bad reviews. For instance, safety concerns were raised over the CVT-equipped Ford Freestyle, due to the sudden, unexpected breakdowns while driving. Some of CVT-equipped models by Nissan have also been criticized.

Moreover, people are bound to compare CVT with its manual and conventional automatic counterpart. The major drawbacks of the CVT are associated with the driving feel. Most car enthusiasts feel that there’s a great deal of difference in the driving feel associated with an automatic transmission. For some, it is the lack of sense of control that one feels while driving a car with a manual transmission. Let’s find out what differentiates CVT from the manual and conventional automatic transmission systems.

Besides being less expensive, manual transmissions give the person driving the vehicle a feeling of complete control. When you are driving a vehicle with a manual transmission, you have to operate the clutch and shift gears to get the ratio required for driving the vehicle in a particular situation. While you use the lowest gear for starting up, you need to shift to higher gear for fuel-efficient driving. The gears basically help to use the torque effectively, and keep the car’s engine running at the right speed.

Cars with an automatic transmission come with a gearbox that can change gear ratios automatically as the vehicle moves. The speed and the engine load is measured by the computerized system. There is a predefined set of gear speeds, and the needed gear shifts are automatically made, as and when the system delivers an electronic signal. You can also opt for cars with a dual-clutch transmission. The dual-clutch transmission, as the name suggests, comes with two clutches, and doesn’t have a pedal to control them. This makes the gear change faster as the next gear is pre-selected by the clutch depending on your speed and throttle position.

Problems Associated with a CVT

While improved acceleration and enhanced fuel economy are believed to be its strong points, some people have voiced their concern regarding CVT reliability. The fact that the CVT system is more expensive may affect the user acceptance in an adverse manner. Car owners who have earlier driven cars with a manual or an automatic transmission might find it difficult to adjust if they switch to a car with a CVT system.

CVT reviews have been somewhat mixed, and long-term reliability is still an aspect that needs to be looked into. Most of car enthusiasts don’t like it. As CVT system is very different from conventional transmission, the decision to purchase a CVT must be made only after doing thorough research. Go for a test drive to check whether you are comfortable driving a car with CVT. Take drives of different cars. After all, an automobile is a major investment, and you shouldn’t take a hasty decision.