When it comes to continuously variable transmission (CVT), reliability has always been the Achilles heel. But does that belief hold even today? When we decided to have a look at the pros and cons of CVT to assess its 'Achilles heel', we had a pleasant surprise waiting for us. 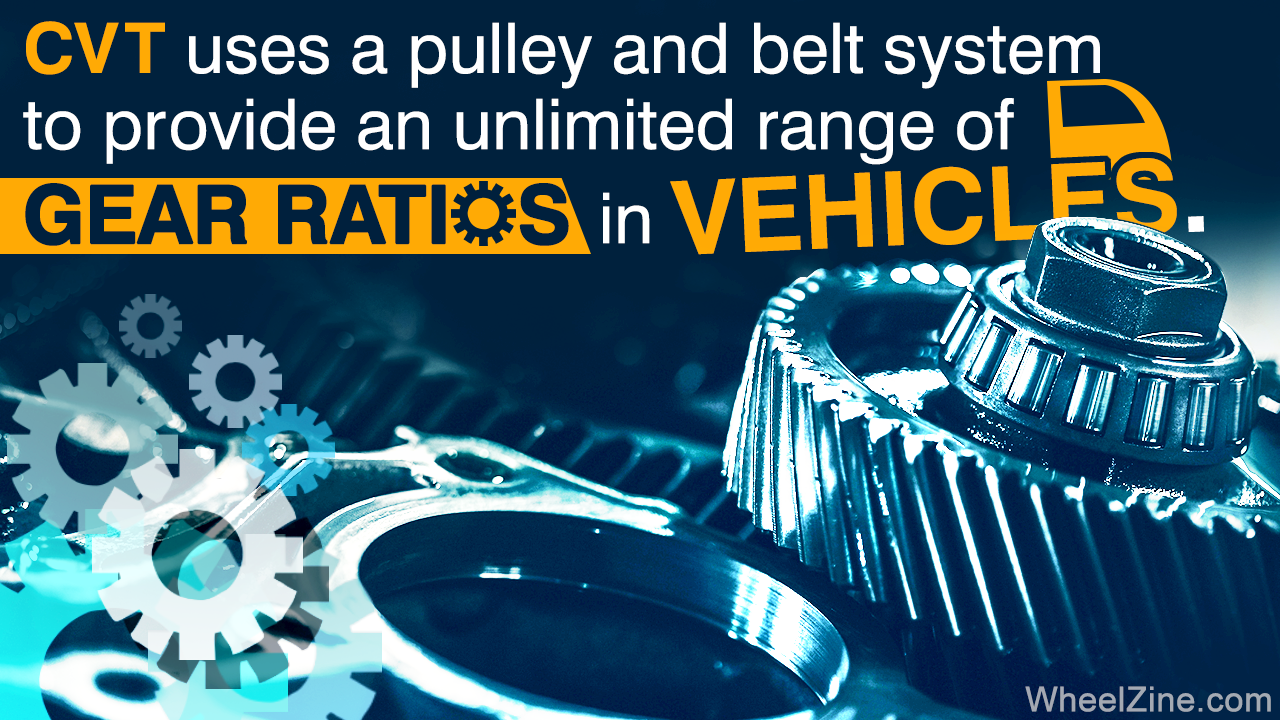 When it comes to continuously variable transmission (CVT), reliability has always been the Achilles heel. But does that belief hold even today? When we decided to have a look at the pros and cons of CVT to assess its ‘Achilles heel’, we had a pleasant surprise waiting for us.

With some of the leading car manufacturers adopting the CVT technology, around 16 percent of the vehicles sold in North America by 2015 are expected to have it on board.

Since it came into being, the continuously variable transmission (CVT) system has been pitched as the future of automobile industry. The popularity of this concept soared with time, but quite a few owners complained of frequent breakdowns, which left the car enthusiasts divided on the issue of reliability. While many people were happy owning a car with CVT, others were least impressed―some even peeved―with the concept.

Basically, the continuously variable transmission―incorrectly referred to as CVT transmission at times―is a transmission system in which there is infinite variability between the highest and lowest gear ratio in the absence of gear shifts. The speed is increased or decreased by altering the diameter of pulleys located in these vehicles. The popularity of this transmission type can be attributed to fact that it boasts of more power and a better fuel economy―both of which contribute to optimum performance of the vehicle.

Continuously variable transmission is considered a type of automatic transmission, which explains the great deal of similarities in vehicles with CVT and their counterparts with automatic transmission. For instance, cars in both the categories have two pedals, but lack the clutch as there are no gears to shift. Basically, there exist different types of transmission systems within the broad concept of CVT, of which the most prominent ones are: (i) pulley-based CVT, (ii) toroidal CVT, and (iii) hydrostatic CVT.

As we mentioned earlier, there are quite a few people out there who own a vehicle with CVT … and are pretty happy about it. These people acknowledge various positives of continuously variable transmission, including better fuel economy and optimum performance. Then there people who are critical about this concept and have some reservations about its working―the annoying noise it makes in particular. All these pros and cons play a crucial role in determining the reliability of continuously variable transmission.

In terms of performance, CVT vehicles are quite amazing owing to their unlimited gear ratio. In fact, it is this unlimited gear ratio which helps these vehicles give optimum performance at cruising speeds. Yet another advantage of CVT is its ability to minimize emissions, thus contributing to a better fuel economy and environmental safety. The latter has been one of the prominent reasons for immense support these cars have been able to garner over the course of time. Similarly, the fact that the engine is kept at a constant speed is again an advantage in this type of transmission.

On the flip side, this transmission type has been at the receiving end because of some issues that―the critics allege―affect the performance of the vehicle. Of these, CVT belt issues in particular have raised some questions about the reliability of this concept. CVT belt issues surface as a result of the belts getting stretched or wearing out due to continuous use. While that was definitely a problem in the past, things seem to have changed today with most of the new vehicles providing the option of adjusting these belts. Additionally, using the system in low range is also helpful in extending the life of these belts.

The annoying noise of these cars can be torturous to the ears, especially because of its striking resemblance to the sound created by slipping clutch. That, however, can be given a miss as there are numerous advantages of this transmission system to talk about. The CVTs in production today are a lot better than their predecessors. Having said that, if you are an auto enthusiast, you might not like the fact that CVTs won’t give you the experience of traditional transmission system. But speak of fuel economy, and these vehicles are just what we need in these times of soaring gas prices.

So, are CVTs more reliable than the conventional automatics? The word ‘more’ here is subjective, but there is no questioning the fact that the new CVTs are as good as their automatic counterparts … and are just getting better with time. If these vehicles are having a tough time today, it is only because of their past reputation. The bottom line, therefore, is that the continuously variable transmission―in reality―is as reliable as the conventional automatic transmission, if not more.