If you are wondering what is the average cost of heater core replacement, this article will help you out. 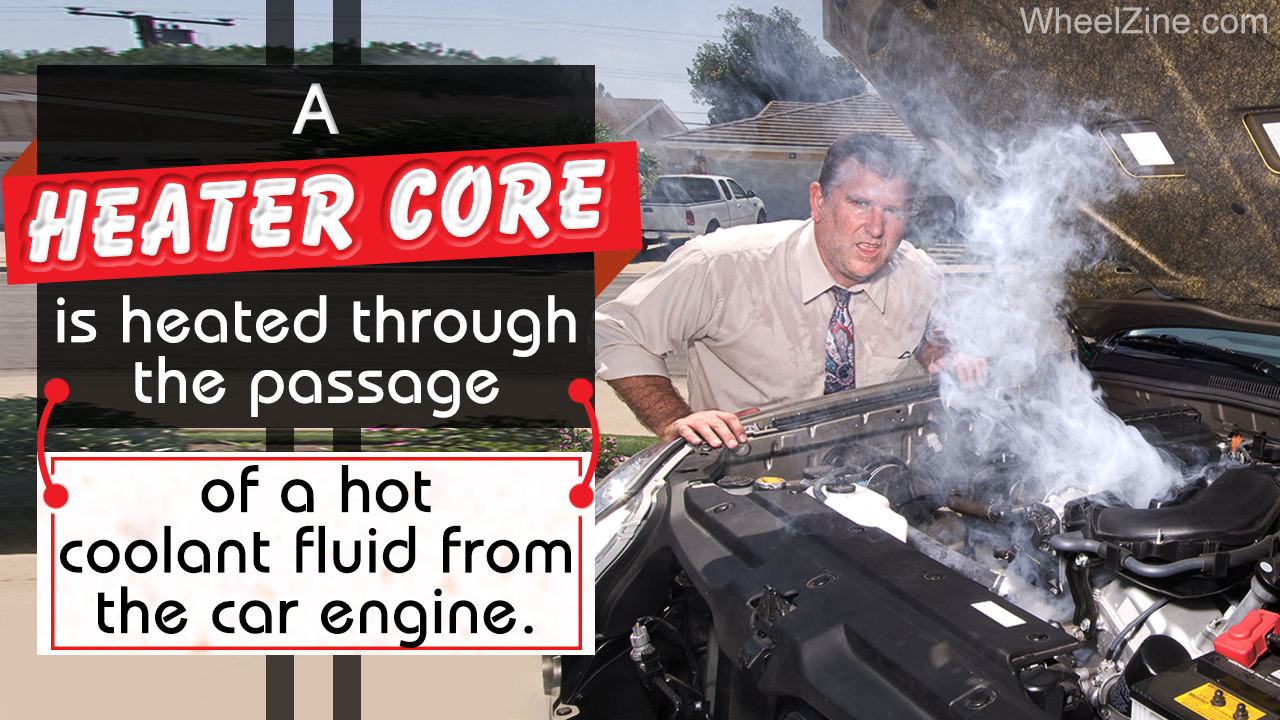 If you are wondering what is the average cost of heater core replacement, this article will help you out.

In these chilling days of winter, one cannot afford to have a dysfunctional heater in the car. In case you are facing such a situation and the problem is the core of the heater, you should get it replaced right away.

How Does a Heater Core Work?

A heater core is a device, akin to a radiator. It is used in heating the insides of a car cabin and keeping it warm. Every heated object radiates heat in the form of infrared electromagnetic waves. The way this heating device works is through radiation of heat. The core is heated through the passage of a hot coolant fluid from the car engine. This heating fluid is made to pass through the heater core’s winding tube. The tubes get heated and the air around them also gets heated, which is consequently blown out with a fan, spreading warmth inside the car interiors.

In fact, the heating fluid is actually the coolant fluid (mixture of water and an antifreezing chemical), that is diverted to the heater core, after it has cooled the engine. As the coolant fluid passes around the engine, it takes in the heat of the engine, while cooling it in the process. This heated ‘coolant’ fluid is thus used in heating the interiors of the car. That is the ingenuity of car designers; they find a use for everything. This heater core is normally located on the dashboard of every car and it’s made up of aluminum conductive tubing, with fins that increase its surface area for radiation. Thus the heater core, serves a very important role in the overall car functioning, especially in countries with cold climate. Now you know, where the warmth circulating inside your car; it comes from the engine itself, from the combustion of fuel.

How Much Does it Cost to Replace Heater Core?

For the replacement procedure, the car needs to be raised securely, using jack stands. The replacement begins with unplugging the negative terminal of car battery. Then the coolant fluid needs to be drained from the cooling system. Store it in a clean container, as you will have to use it again. Next the heater’s hoses are disconnected and drain tube is removed. Next, many other components like the floor air outlet, steering column’s opening filler, sound insulators and center console are removed. Then the heater core cover is disconnected and clamps are removed along with the heater core. After that, a new heater core is installed and the clamps, as well as cover is replaced.

Consequently, all the removed components, are put back again, in reverse order. During this whole procedure, the air conditioning system will have to be emptied and it will have to go through a recharging process. Considering the cost of new heater cores and the labor involved, the average replacement cost falls in the range of $600 to $900. The cost may vary according to model of the car, location and also the quality of replacement components used. There have been reports of the job costing around $400 for certain models, however, the overall average is above $600.

As you can see, replacement cost is not that high. It is better to pay up and get this replacement job done, than freeze inside the car.