The Henry Ford Timeline Like You’ve Never Seen It Before

We all know Henry Ford as the founder of Ford Motors. Go through this Henry Ford Timeline to know about his life and achievements. 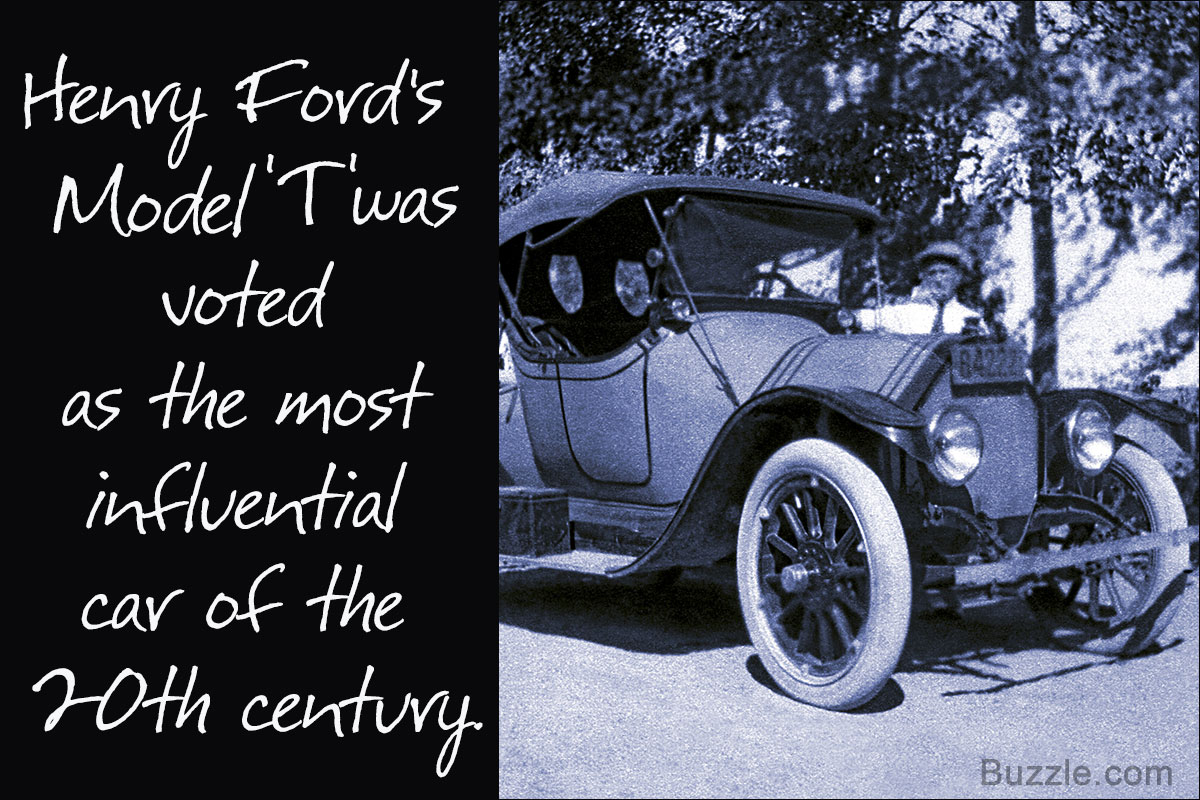 We all know Henry Ford as the founder of Ford Motors. Go through this Henry Ford Timeline to know about his life and achievements.

Henry Ford was the founder of the Ford Motor Company and one of the richest and most famous people on Earth. His timeline runs from 1863 to 1947. His zeal for mechanics stayed with him all his life and made him an automobile industry icon.

1863: On the 30th of July, Henry Ford was born on a farm in Springwells Township, near Dearborn, Michigan.
1879: Henry Ford took his first job at the Michigan Car Company. The company located in Detroit dealt in manufacturing of railroad-cars.

1880: Ford worked as a machine apprentice and began work of a watch repairman in a shop in Detroit during extra hours.
1882: Ford worked on steam-driven farm machinery in the Dearborn area. Later, Westinghouse employed him to operate their steam engines.
1884-85: He attended a business school in Detroit.
1888: Ford married Clara Bryant.

1892: On account of a job in Edison Illuminating Company, Ford migrated to Detroit, accompanied by his wife.
1893: Clara gave birth to little Edsel. Ford was promoted to the post of a Chief Engineer and was in a position to concentrate on his experiments.
1896: Since 1893, Ford had begun to experiment on his home-built internal combustion engines. In 1896, he succeeded in demonstrating his experiment by running his first car called Ford Quadricyle. He drove it on the streets of Detroit for the first time on June 4,1896. He was introduced to Thomas Edison in the same year.
1899: Ford, backed by some investors established the Detroit Automobile Company on August 5. Unfortunately, the plan failed and the company had to be dissolved in 1901.

1901: Ford was left jobless. He moved his family to his father’s place.
1903: Ford, partnered by some other investors, formed the Ford Company with a capital of $28,000.
1908: Model T was introduced. The car model had many structural changes like the steering wheel being on the left side and the use of semi-elliptic springs in the car suspension. The car was affordable to the masses and easy to drive.
1913: Around the 1st of April, mass production of Ford’s moving assembly line began. He is regarded as the Father of modern Assembly Lines.
1914: Henry Ford gave a good salary rise to his workers. This move attracted all the expertise of Detroit to work for him. He called this the wage motive.
1918: On the request of President Woodrow Wilson, Ford stood as a candidate of peace and backed the proposed League of Nations. In December 1918, his son Edsel descended him as the President of the Ford Motor Company. 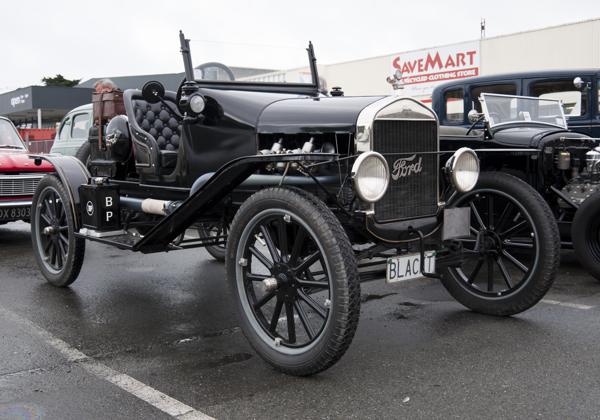 By 1920, the popularity of Ford’s car was on the peak. Publicity made the car all the more popular, and it began to be seen almost everywhere. Almost every American knew how to drive Model T. However, by the mid 1920s, increasing competition had a negative impact on Model T’s popularity.

1926: The droop in the sales of Model T prompted Henry to make a new model. He made the body design of his new model, his son’s prerogative. The result was the introduction of Model A in 1927, which was a success. 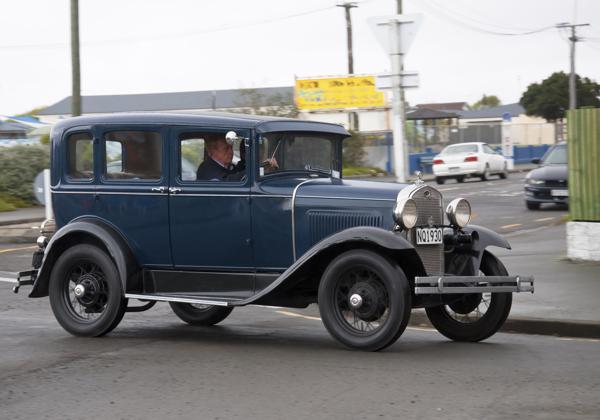 The Universal Credit Corporation owned by Ford emerged as a major car financing organization in 1930. By 1932, Ford was producing one third of world’s automobiles. 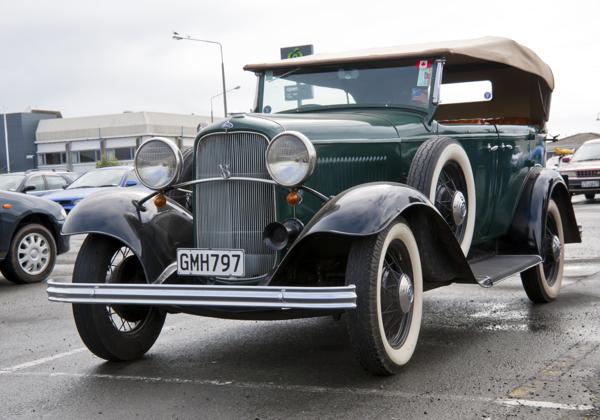 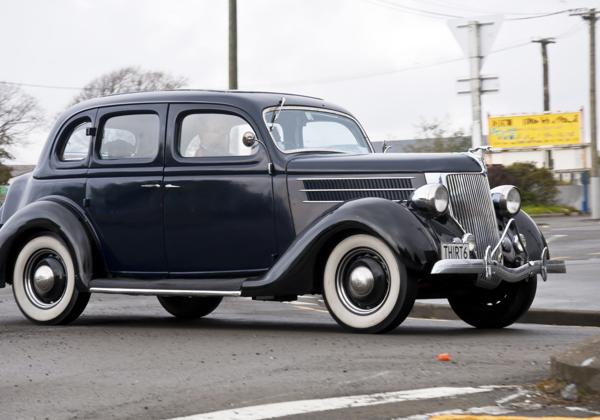 In July 1938, Ford was awarded the Grand Cross of the German Eagle, which happens to be the highest medal awarded by Nazi Germany to foreigners. 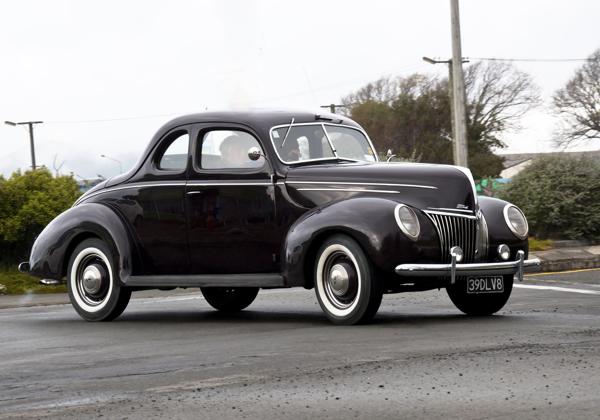 1943: Edsel died. Henry Ford had to assume control of the company.
1945: In September, owing to his ill health, Ford gave over the presidency to his grandson Henry Ford II.
1947: On April 7, Henry Ford died of cerebral hemorrhage. He was 83. He was buried in the Ford Cemetery of Detroit.

A notable milestone on the timeline of Henry Ford is his entry into the aviation industry. Ford 4AT Trimotor was one of his very successful aircraft. Ford’s remarkable contribution to the aviation industry brought him an honor from the Smithsonian Institution. His Model T was announced at the most influential car of the 20th century and was given the Car of the Century (COTC) Award in December 1999.

Ford aimed at the economic independence of the United States. He wanted to manufacture a vehicle from scratch, without depending on foreign trade. He believed in peace. He fostered the concepts of global expansion of the company and international trade. Ford’s work represented the distinctive American nature and culture.

Henry Ford is regarded as the Car Entrepreneur of the Century and finds a place on the Gallup’s List of Widely Admired People of the 20th Century, published in 1999. The year 1947 marked the end of his timeline but he continues to live in the hearts of many, as the man who brought a revolution in the automobile industry.