Weighing in on the Pros and Cons of Hydrogen Cars

Hydrogen cars are believed to be a great alternative over their gasoline counterparts.

Hydrogen cars are believed to be a great alternative over their gasoline counterparts.

Environmental health is the most important concern of the modern-day world. The deteriorating quality of the environment and issues such as global warming has made all mankind search for renewable and safe natural resources that can be used for many generations to come. It is believed that the largest contributor to air pollution are gasoline vehicles. They not only release harmful gases but also dangerous and heavy metal particles that can result in environmental hazards, lung cancer, and many other respiratory disorders.

Agreed that one cannot stop using vehicles and thus stop air pollution right away. But at least one can look out for better alternatives and initiate a helping hand towards the cause of reducing air pollution, and thereby prevent further spoilage of the environment. Scientists have spent years to find out such an alternative. However, some researches and studies have revealed that the use of hydrogen cars can prove to be a better option over the conventional cars. But what exactly are these hydrogen cars? And what are all the hydrogen cars pros and cons?

The definition of hydrogen cars can be put in simple words as a car or a vehicle that uses hydrogen as fuel for its engine to work. Now there are two types of hydrogen cars, or you can say that hydrogen can be used in the form of fuel in two ways. The first one is using hydrogen as a fuel to the internal combustion engine of the car, and the second one is to use hydrogen fuel cells for providing power to the car.

Both gaseous and liquid hydrogen in the compressed form can be used as fuel to power the internal combustion engine. Gaseous hydrogen is heavy and flammable, whereas liquid hydrogen is light but flammable too! However, either of the forms of hydrogen are useful and the decision to use them depends upon the frequency of use, and the cost involved in setting up the system.

Hydrogen fuel cells are mostly used for electric cars. Hydrogen and oxygen chemically react with each other to yield electricity. These gases pass through an electrically charged permeable membrane. Further, electricity is generated from the charged ions, and the electricity generated through this process runs the car. Unlike gasoline cars that produce harmful gases as a by-product of combustion, here, the hydrogen powered fuel cell cars release water and some amount of heat as by-products.

Pros and Cons of Hydrogen Cars

The first and the foremost advantage of hydrogen cars is that these are eco-friendly and do not pose any threat to the environment.

Fossil fuels are limited and non-renewable, whereas hydrogen is available in plenty, and hence you need not worry about the depletion of hydrogen.

In case of the hydrogen fuel cell cars, almost 90 – 95% of the energy generated by the fuel cells is transformed into electrical energy, which thus make these cars energy-efficient.

Due to the efficiency aspect, this technology can be used for large and long-haul vehicles to better effect.

No harmful gases are released as by-products. The only by-products are water and a little amount of heat, and therefore air pollution is prevented up to a large extent.

On an average, a hydrogen-powered car will give up to 60 miles for every kilogram of hydrogen, which seems like a good deal.

The cost incurred in preparing the fuel cells for such cars is quite high. This is because the working of these fuel cells involve platinum, which is scarcely found, and is moreover a very expensive element.

In case of damage, the cost for the repairs and replacement of the fuel cells is also high, which therefore makes the maintenance of these cars an expensive deal.

Another major problem encountered in the use of hydrogen cars is its storage. Hydrogen being a highly flammable material, can result in a huge explosion of the car, even on the slightest of collision with some other heavy object.

For proper performance, hydrogen-powered cars have some temperature restrictions. At places where the temperature goes below the freezing point, there are chances that the water in the fuel cells may freeze.

If you are someone who is looking for speed and pick-up, then a hydrogen car will be a disappointment to you.

As we speak, hydrogen is not easily available at fueling stations, which makes refueling a problem. A lot of money and effort will need to be put in to get the necessary infrastructure in place all over the world.

The concept of hydrogen cars is relatively new for most people, and therefore this was an attempt to make everyone aware of this future technology. Researches and experiments are still in progress to eliminate the cons and increasing the pros. However, let us look forward to this new technology and continue to contribute our bit towards making this planet a better and healthier place to live! 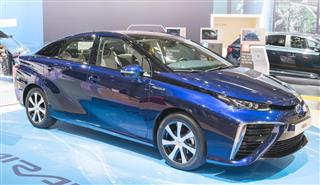 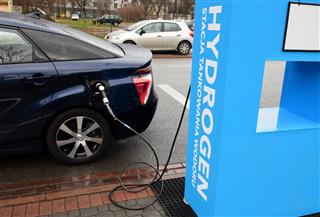