Symptoms of a Bad Fuel Pump

A fuel pump serves the same purpose in a vehicle, as the heart in a living being. It facilitates the supply of fuel to the engine, making it one of the integral components of vehicle assembly. Symptoms of a bad fuel pump are an immediate cause for concern, as it can adversely affect the working and long-term efficiency of the automobile. 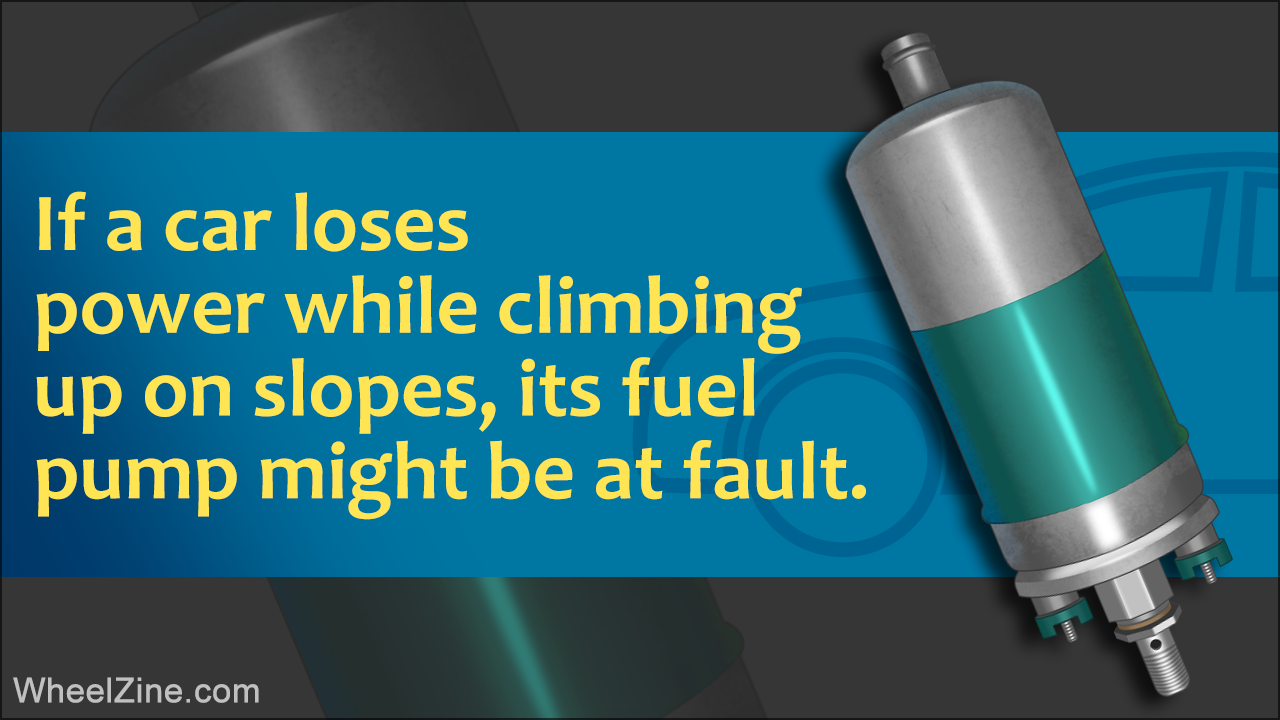 A fuel pump serves the same purpose in a vehicle, as the heart in a living being. It facilitates the supply of fuel to the engine, making it one of the integral components of vehicle assembly. Symptoms of a bad fuel pump are an immediate cause for concern, as it can adversely affect the working and long-term efficiency of the automobile.

The technological advances in automobile engineering have facilitated greater developments in the pumping mechanism used in a vehicle. Modern vehicles usually have an electric fuel pump which is located near the fuel tank. Some fuel systems consist of a pumping mechanism divided into two different parts.

Working of a Fuel Pump : The fuel injectors are to be supplied with fuel at a constant pressure and volume. The injectors have small needle-sized holes at the tip, to inject fuel in to the various systems. On ignition, a mechanically operated spring or a computerized system opens up these holes for fuel supply. In case of a breakdown, or turning the ignition off, the supply is automatically cut-off.

Fuel pumps stop working due to a variety of reasons. Once this happens, the supply to the injectors is automatically stopped and the vehicle stalls. The effect is similar to running out of gas. Another problem is proper functioning of the electrical mechanism of the pumping system. The electrical supply consists of devices like the relay and the fuse. If the fuse or the relay develop problems or blows off, it will again result in breakdown.

There are four signs of fuel pump malfunction that are easy to figure out. It is not necessary that all four should be present; you need to act fast if even one of them occurs.
One of the two biggest symptoms of a malfunctioning fuel pump is overheating and the consequent stalling. If the pump gets heated within a few minutes of turning the car on, it needs to be replaced. A bad pump will also show signs of intermittent breakdown; it will work for around 15-20 minutes and then stop working. Once the vehicle is allowed to remain idle for around 30 minutes so the engine can cool down, the pump functions normally. That is not, however, the solution, as the pump will stop working every time it overheats.
The second biggest symptom is the sound the engine makes while starting, especially during cold starts. It’s like the engine is screaming or screeching. The sound will always occur when you start the car, but stops once the car has started. If you can get someone to help you out, put the key into ignition without starting the car, and have your friend stand by the gas cap and listen for the sound of a running motor. If he doesn’t hear anything, your fuel pump might be bad.
If your car loses power while climbing up on slopes, it could again be the fuel pump that is failing. It can’t provide the additional gas the car needs to go ahead without losing speed.
If the flow to the fuel injection system is not constant, the engine may develop problems. Signs include a hesitant start or a stumbling problem on ignition. If small, unwanted debris or grainy particles enter the pumping system it can cause a breakdown, thus, abrupt stopping of a vehicle can also be considered a symptom. If the filtering mechanism develops a problem or gets struck up with impurities, the engine will show symptoms like rough firing and fickle working.

One thing to consider is changing the fuel filters. Sometimes it the filter that causes the problem, not the pump itself. Changing the filter is an easy job and costs a few bucks. If that doesn’t solve the problem, then you can move on to replace the fuel pump. Replacing the pump may be a costly affair (the price depends on the year and make of the car), so it is definitely worth a shot to replace the cheaper parts first. It also means that you should always update your warranty and insurance; doing so helps in cutting down the costs considerably.