Symptoms of a Dirty Air Filter in a Car

A dirty air filter can obstruct the air supply to a car's engine. But how often should one change a car air filter to prevent such a problem? WheelZine deals with this issue, as it gives you the signs and symptoms of a dirty car air filter.

Home / Uncategorized / Symptoms of a Dirty Air Filter in a Car

A dirty air filter can obstruct the air supply to a car’s engine. But how often should one change a car air filter to prevent such a problem? WheelZine deals with this issue, as it gives you the signs and symptoms of a dirty car air filter.

To consume 1 gallon of fuel, a car engine needs about 10,000 gallons of fresh air, which is cleaned by its air filter.

A car engine burns gas to generate power to drive the vehicle. Since burning anything needs air, this air is sucked in from outside and mixed with the fuel. This air-fuel mixture is then injected into the engine’s combustion chamber. But, ordinary air carries with it a lot of contaminants, like debris, dust particles, pollen, and pollutants, which can damage the engine. So, the air must be filtered of all these contaminants before it enters the engine. This function is performed by the car air filter. When such an important part gets clogged, it can ruin the performance of the car. Let us first see what the symptoms of a dirty air filter of a car are.

How to Check a Filter

Checking if the filter is dirty or not is often as easy as just taking a look at it. To do this, simply remove the filter from its housing (instructions given below). If it is clogged with dirt and grime, then that is a sure shot giveaway that it needs replacement. However, an air filter may often be clogged with contaminants like pollen and dust, which may not be visible on simple observation. To confirm this, just hold up the filter in sunlight or below a bright lamp. A pristine air filter should allow light to pass through it unhindered. If the light is getting blocked, this means that the ribs of the filter are clogged with dirt, and it should be replaced as soon as possible.

How to Replace a Filter

Most auto experts agree that air filters should be replaced every 12,000 miles, or after 12 months of use, whichever comes first. But this is for ideal conditions. If you live in an area where the air is laden with dust, such as along the beach, or drive frequently along dusty roads, then the frequency of replacement should be halved, as the air filter’s lifespan is significantly reduced. Moreover, the filter should be checked for clogging and damage every few months. 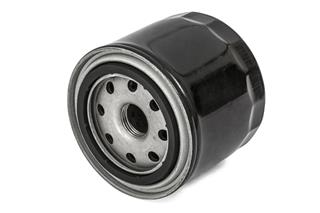 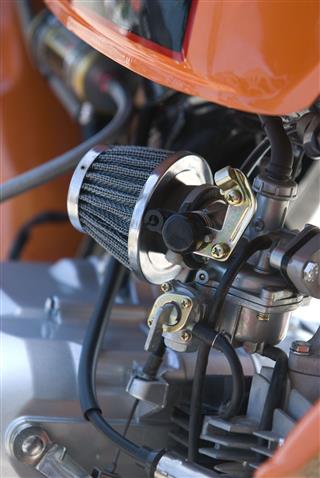