Having a 4 wheel drive car with a good gas mileage seemed like a far fetched dream some years ago. But thanks to the advancement in automobile technology, today consumers can choose from a range of 4WD options that provide power to all the four wheels and don't consume excess fuel. 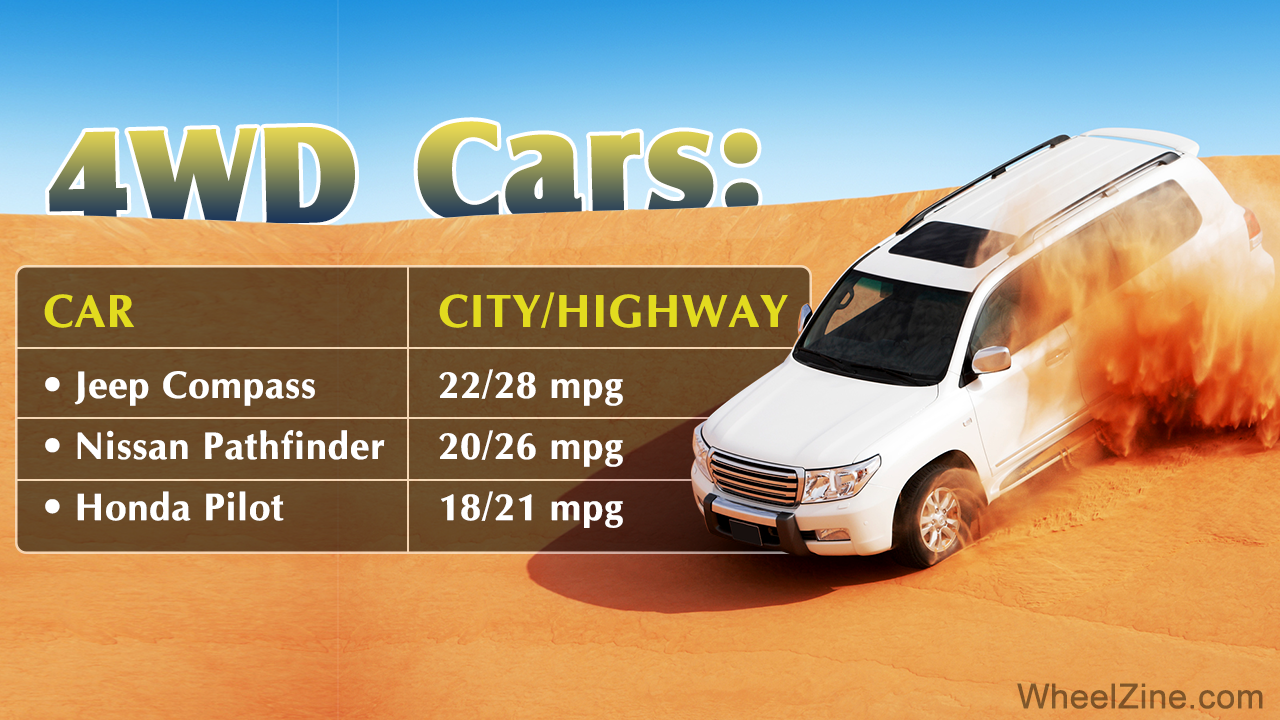 Having a 4 wheel drive car with a good gas mileage seemed like a far fetched dream some years ago. But thanks to the advancement in automobile technology, today consumers can choose from a range of 4WD options that provide power to all the four wheels and don’t consume excess fuel. 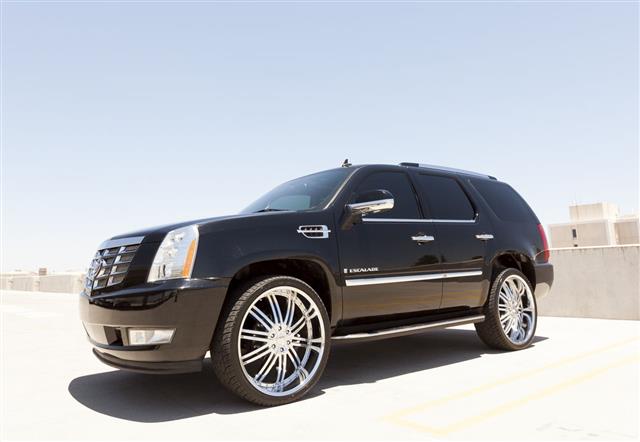 The importance of a 4WD system in a car is not just limited to providing equal power to all four tires. It is much more than that. 4WD systems help cars gain more momentum and traction on rough terrain. More traction means better control, which is especially needed on wet and slippery roads. The system also ensures appropriate distribution of power to each tire. 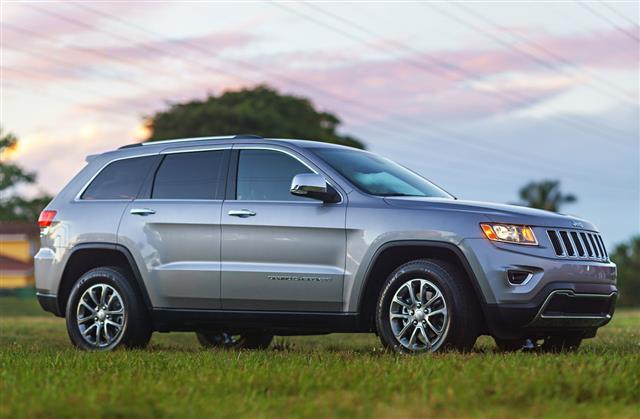 It is divided into three types. 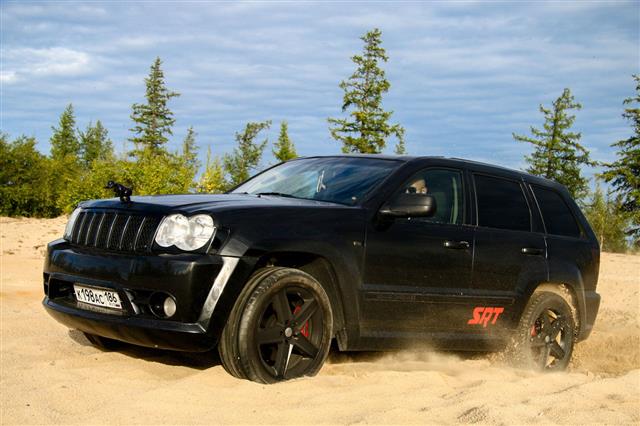 The ability to reduce strain on the engine during rough terrains also makes 4WD cars have better fuel economy than others. Here are some of the best options to consider currently.

The Grand Cherokee is the safest bet when it comes to on and off road handling. Critics credit its standard V6 engine for its powerful performance. All trims come with an automatic transmission which helps the car gain a decent fuel economy. In addition to its performance, the Grand Cherokee also scores high with its luxurious interiors and ample cabin room. Standard features include four-wheel antilock disc brakes, active front head restraints, front and side curtain airbags, traction control, six-speaker stereo system, and steering mounted audio controls. Its legendary 4WD system ensures a smooth and comfortable ride even in the worst road conditions.

The new Ford Escape is a good-looking mid-size crossover with the latest design, machinery and an impressive 4WD system. In addition to the styling, features such as MyFord Touch and FordSync give a rich feel to the cabin. Critics are particularly impressed with standard features such as electronic stability, improved traction and safety locks, 4 wheel ABS, and airbags for all seven passengers. Also, all trims of the Escape except ‘S’ are equipped with Sync hands-free connectivity which includes dialing 911 at airbags deployment. This allows the operator to send emergency services at the exact location of the Escape.

The critics are extremely glad that the new Pathfinder ditches its truck-based platform for a much refined crossover chassis. As a result, the new Pathfinder is lighter, with a 25% better fuel economy. Another scoring factor for this crossover is the new airy and luxurious cabin. The interiors are equipped with high quality materials, comfortable seats and standard options such as tri-zone automatic climate control and a six-speaker stereo. Standard safety features include front-seat side airbags, antilock disc brakes, stability and traction control. With an advanced CVT and a much refined look, the new Pathfinder can tow up to 5000 pounds.

When it comes to looks, the Pilot isn’t appealing enough when compared to others. However, Honda compensates its shortcomings by making the interiors more spacious for a large family. The Pilot provides comfortable seating for eight with a generous amount of cargo space. Also, its engine is not the most powerful in this list but is enough to provide a decent ride. Due to its large size and boxy design, maneuvering in narrow lanes and traffic can be difficult. Critics found the interiors pretty basic and the cabin with too much hard plastic. Standard features include rear camera, Bluetooth and a touch-screen infotainment system.

Jeep is loved for a number of reasons but providing a good fuel economy has never been one of them. However, the recent much appreciated makeover is not just to please the eyes, Jeep plans to win this gas-saving race with its new Compass. Its globally renowned 4WD system helps to get a good fuel economy. However, its off-road capabilities have earned mixed reviews but critics are impressed with the lush interiors and improved plastic quality. Standard features include full-length side curtain airbags, antilock brakes stability control with a rollover sensor, and traction control. Every 4WD trim is available with rear discs.

One of the best looking hybrids on the American soil, the Cadillac Escalade is designed to use resources efficiently. To maximize fuel efficiency, its engine can choose to run on gasoline, electric power or both and will automatically choose the most efficient mode depending on the driving. Its exterior styling is similar to its conventional cousin but interiors are equipped with state-of-the-art facilities that are enough to mesmerize anyone. Even with its large size and enormous weight, the Escalade Hybrid manages to give a decent fuel economy. All the hybrid trims are equipped with antilock disc brakes, front and side impact airbags, rear parking sensors, blind-spot warning, rear camera, and OnStar emergency communication.

The Tacoma is an ideal 4WD choice and the best thing about this pick-up truck is the variety of body styles, drivetrains, trim levels, and suspensions it comes with. While other cars in its segment such as Ram Dakota and Ford Ranger have been discontinued, Toyota has upgraded Tacoma with new looks, amazing features and its Entune voice-command infotainment system. Its 4WD mode is fully capable of handling rough roads without affecting the ride quality. Interiors are not that impressive and plastic quality is pretty basic but the cabin is spacious and airy. Interiors include CD player, Bluetooth phone and audio streaming, four-speaker system with a touchscreen display, USB/iPod port and an auxiliary audio jack. Standard features include antilock brakes, front-seat side-impact airbags, full-length side curtain airbags, front active head restraints stability, and traction control.

America’s number one truck for the past 36 years, F-150 is Ford’s best selling vehicle and a choice of millions. The new F-150 has improved considerably with plush new interiors and offers enough space for passengers. Ford’s 4WD system is globally known for providing amazing grip and comfort on rough terrain. Critics have also appreciated the availability of the EcoBoost V6 and V8 engines that help provide additional muscle for heavy towing. All engines are equipped with a six-speed automatic transmission that provides a decent fuel economy.