Fastest Car in the World

Need for speed? The following article on fastest car in the world will cover some information related to the various speed busters on road today...

Need for speed? The following article on fastest car in the world will cover some information related to the various speed busters on road today… 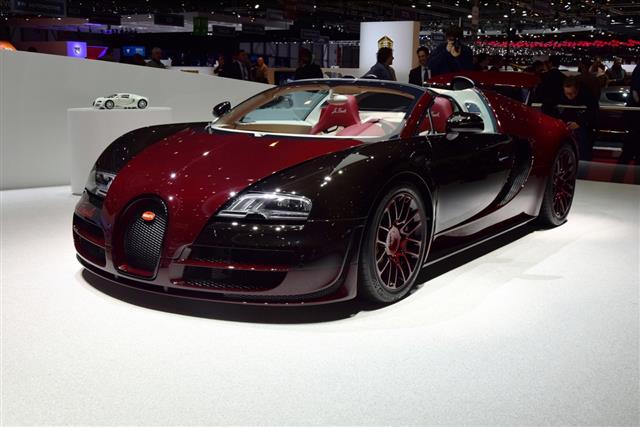 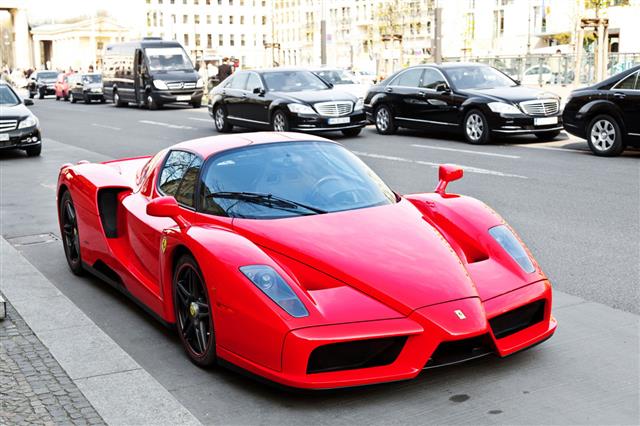 The favorite toy for many multimillionaires is the super expensive, super fast car in the world. These are the select few elite members of the society, who sport these top fastest cars in the world. These super cars that roll out of the garage are one of a kind in their league and one needs special skills to handle these babies.

Not many have the ability to handle these fast million dollar cars. Yet, green bucks are spent as freely as water, so that people can keep them as a collector’s item. The following few paragraphs will uncover the new fastest car in the world and fuel your dreams of owning one.

Which is the Fastest Car in the World?

The Bugatti Veyron can boast of the second highest top speed of 268 mph (431 km/h). It reaches 0-60 in just 2.2 secs and has an 8.0 liter, quad-turbocharged, W16 cylinder engine, making it equivalent to two narrow-angle V8 engines. This world no. 1 fastest car on street has a price tag of USD 1,700,000, making it one of the most expensive cars in the world. It is named after Pierre Veyron, the French race car driver.

In March 2007, the Guinness World Records gave the title of the fasted car in the world to SSC Ultimate Aero. It has a twin-turbo engine that gives a whooping 1287 horsepower. It’s recorded speed is of 257.41 mph (412.29 km/h). This car has a combination of 6.3-liter 8-cylinder engine and 6-speed manual transmission. The price tag for this car reads approximate $650,000!

The Koenigsegg CCX is a mid-engine roadster that can reach the top speed of 245 mph and 0-60 in just 3.2 secs. It has a 90 degree V8 Engine with 806 hp. This made in Sweden car was born with the ambition of becoming the fastest car in the world. However, looking that speeds offered by the two top fastest cars in the world, this baby has a long way to go. You can be a proud owner of this Swedish car for just USD 545,568! You won’t mind spending on this baby as it is one of the fastest street legal cars in the world!

The Saleen S7 Twin Turbo is one of the fastest production cars in the world. It comes with twin turbochargers and an oversized V8 engine. When it was introduced in the year 2002, it became the only street legal fasted car in United States of America. It can reach the top speed of 248 mph (399 km/h). During test rides, it reaches 0-60 mph in just 2.8 sec. This is a car to show off in style as has a base price of USD 555,000.

The McLaren F1 flaunts the top speed of 248 mph and can reach 0-60 in 3.2 secs flat. This car comes with a BMW S70/2 60 Degree V12 Engine and a hp of 627. The most attractive feature of this car is its doors, that open like the doors of a Batmobile. If you have a hidden superhero inside you, then this supercar can be yours for a base price of USD 970,000.

This is one of the street legal fast cars that is build to hit the race tracks. It is a German engineered super sports car. This car has a V8 engine and 6-speed manual transmission. Whether you are a billionaire or a secret superhero, you cannot afford to miss this car. There are three types of models of Gumpert Apollo, that is, base, sport and race. The race version is rated to have a 789.06 hp! This car is priced at $500,000.

Wow! That the word car aficionados around the world say when they have a look of the Ferrari Enzo. One cannot expect to find a Ferrari lagging behind, especially when one talks about the fastest cars in the world. Named after its creator, Enzo Ferrari, this car has the top speed of 217 mph and takes 3.4 secs to reach 0-60. The car has a F140 Aluminum V12 Engine with 660 hp. You will be surprised to know that there are only 399 Enzo’s that have been rolled out by Ferrari The base price of this expensive car, however is around USD 670,000.

The Jaguar XJ220 is not far behind vying for the ninth position of the top 10 fastest car of the world. This car is an old underdog, that was first produced way back in 1992. By this, you can imagine that this Jaguar car still has what it takes to make it up to this list. The Jaguar XJ220 has the top speed of 217.1 mph and takes 4.0 secs to reach 0-60. It has a Twin Turbo V6 Engine with 542 hp. This car can find a place in your garage, if you are ready to shell out the base price of USD $325,000.

These were some of the new fastest cars in the world. Cars are getting faster with the advent of new automobile technology each day. If extreme cars send chills down your spine, then the above cars will definitely set you drooling. As, it is wisely said, ‘If you’ve got it, then flaunt it’.