As tempting as it may seem, spending on four-wheel drive vehicle is pointless if you are not going to put the 4WD system to use. The following information, emphasizing on how 4WDs work and how they differ from all-wheel drive vehicles, will help you get rid of some obvious myths about them. 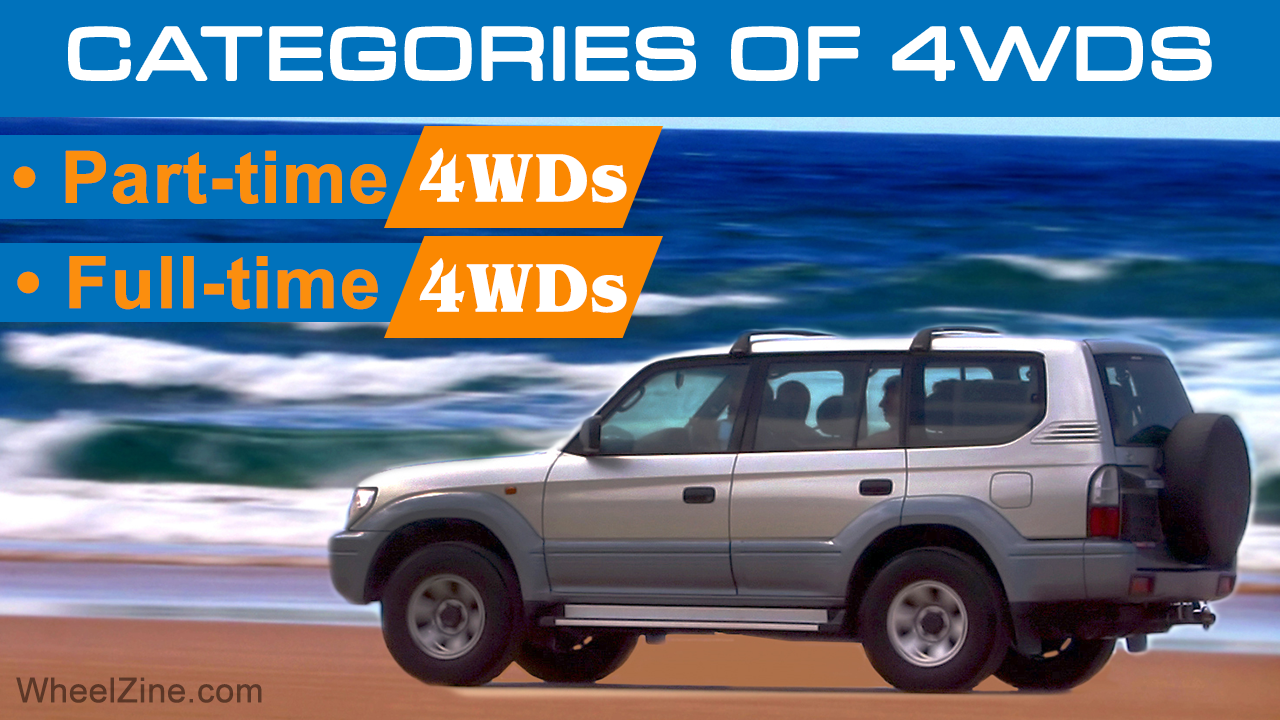 As tempting as it may seem, spending on four-wheel drive vehicle is pointless if you are not going to put the 4WD system to use. The following information, emphasizing on how 4WDs work and how they differ from all-wheel drive vehicles, will help you get rid of some obvious myths about them.

You must have come across abbreviations like 4×4 and 4×2 on vehicles―especially the sports-utility type―on several occasions, but have you ever wondered what these abbreviations or numbers actually stand for? Basically, the first digit in such abbreviations stands for the ‘number of wheels’ of the vehicle, while the second digit denotes the ‘number of axle ends’ which power these wheels. In case of 4×4 vehicles, all four wheels are powered by the engine. Though simple, most of the people are unaware of such obvious facts about the four-wheel drive system and thus all the confusion.

An Overview of 4WDs

In four-wheel drive vehicles, a.k.a. 4WDs, the user has the option of resorting to the four-wheel mode, or disengaging it, as and when required. It is designed in such a manner that all four wheels receive torque from the engine at the same time. The system is considered a boon when it comes to low-traction slippery surfaces as it gives the driver a better control of the vehicle. Because of this, 4×4 vehicles are often used for off-road escapades, which explains why you get to see a significant number of sports-utility vehicles (SUVs) in the list of 4 wheel drive vehicles. 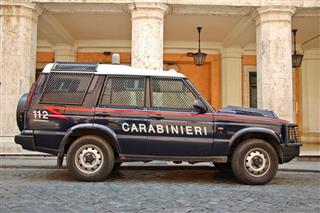 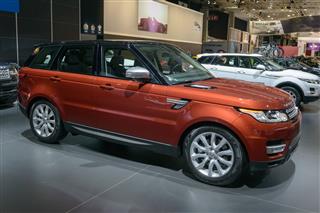 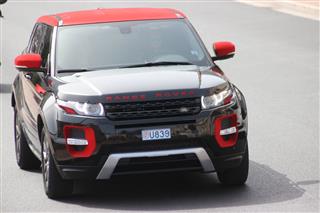 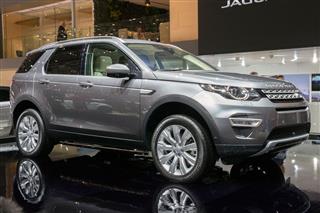 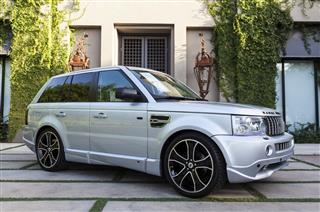 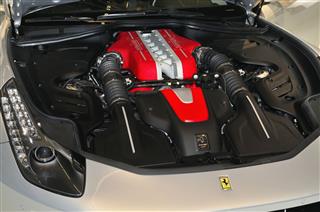 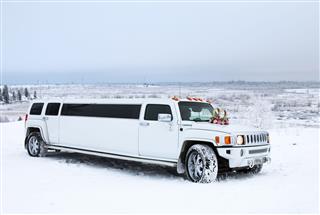 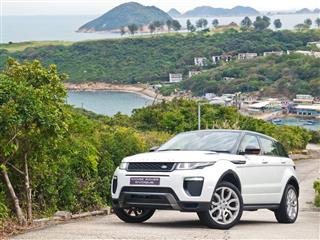 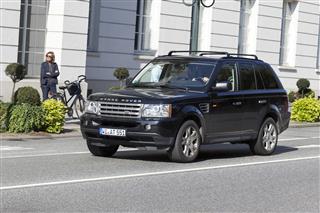 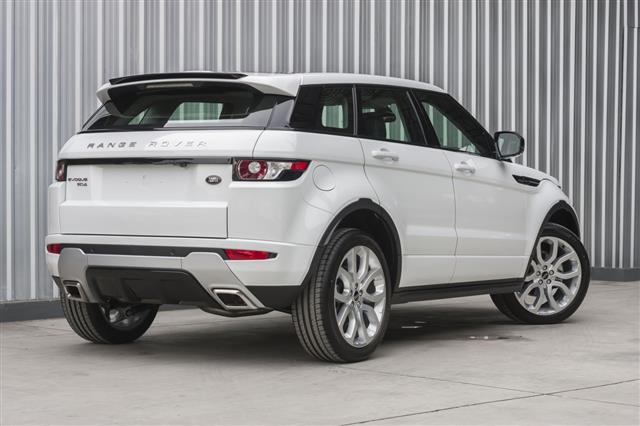 Initially, the use of 4×4 vehicles was restricted to off-road terrain. Most of the 4×4s in production back then were SUVs, like the Hummer and Jeep Wrangler. More recently, however, things have changed considerably, and many auto manufacturers have started using the 4WD system in small vehicles and sedans. The list is getting bigger with every motor show. At the Geneva Motor Show 2011, for instance, Ferrari announced its first production four-wheel drive model, the Ferrari FF, with the company’s newly engineered four-wheel drive system, the 4RM, on board.

At one point of time, four-wheel drive vehicles, especially the SUVs, were notorious for their poor fuel economy and high price. Things have changed with time, and the introduction of 4WDs with decent gas mileage―if not the best―has made it possible for people to buy a 4WD without having to worry about the soaring fuel prices.

How do 4 Wheel Drive Vehicles Work?

Today, most of the auto manufacturers have a four-wheel drive system of their own; the 4RM system developed by Ferrari being one of the best examples of the same. Even though these systems differ from one another, their basics remain the same. The main components of any four-wheel drive system are the two differentials (one located between the front wheels and one between the rear wheels), transfer case, and the locking hub. Other than these, the four-wheel drives in production today also resort to new technology, like the ABS system, for improved performance and enhanced safety.

The differentials send torque from transmission to the wheels to power them, and also ensure that each wheel of the vehicle spins at a different speed when taking a turn. In these vehicles, the transmission is hooked directly to the transfer case, from where one drive shaft turns the front axle and other to the rear axle. While the transfer case in AWDs helps the front wheels and rear wheels rotate at different speeds, the same in 4WDs locks the front drive shaft to the rear drive shaft, thus providing each axle a part of the torque and powering all the four wheels.

In part-time 4WDs, which happens to be one of the two types of 4WDs, the locking hubs disconnect the front differentials and driveshaft from the front wheels when the four-wheel drive system is not in use, and the vehicle becomes a rear-wheel drive vehicle. Four-wheel drive systems are also used in construction equipment and heavy vehicles, but these are much more powerful than the ones used in SUVs, or small automobiles.

In modern four-wheel drive vehicles, the user also has the option of choosing between two more settings – the 4 High and 4 Low setting. The 4 High or 4H setting should be engaged when driving on off-road terrains, while the 4 Low or 4L setting comes into play when driving in extreme off-road conditions.

While many people assume that 4 wheel drive vehicles are same as all-wheel drive vehicles, that is far from the truth. People often get confused between full-time 4WDs and AWDs, possibly because all four wheels are powered in both the systems at any given point of time. Having said that, one has to note that there exist a couple of differences between the two – unlike 4WDs, AWDs do not have the 4 Low setting, which means they cannot be used for extreme off-roading. As for power sharing, the ratio is 90:10 in AWDs and 50:50 in part-time four-wheel drive vehicles (4WD mode).

As in case of any other type of automobile, even 4WD vehicles have their own pros and cons. These vehicles are best suited for low-traction conditions, and thus, ideal for slippery surfaces, like snow-clad roads or loose soil. Experts advice against the use of 4WD mode on normal concrete roads as the same can adversely affect the drive system of the vehicle. In part-time 4WDs, however, you can shift from 4WD to 2WD mode and have a smooth journey on normal concrete roads without affecting the drive system. While a four-wheel drive vehicle is bound to come handy when it comes to true off-roading, it will also likely to come heavy on your wallet. These vehicles are not just costly, but are also notorious for their poor fuel economy.

All in all, it is wise to undertake thorough research about the model you choose before making a decision because most of the four-wheel drive cars available in the market today are likely to cost you a fortune. Then again, some automobile experts are of the opinion that one should go for a genuine 4×4 vehicle only if he is into off-roading, or if he stays in an area wherein snowfall is a common occurrence. If not, spending so much on buying a true 4×4 doesn’t really make sense.