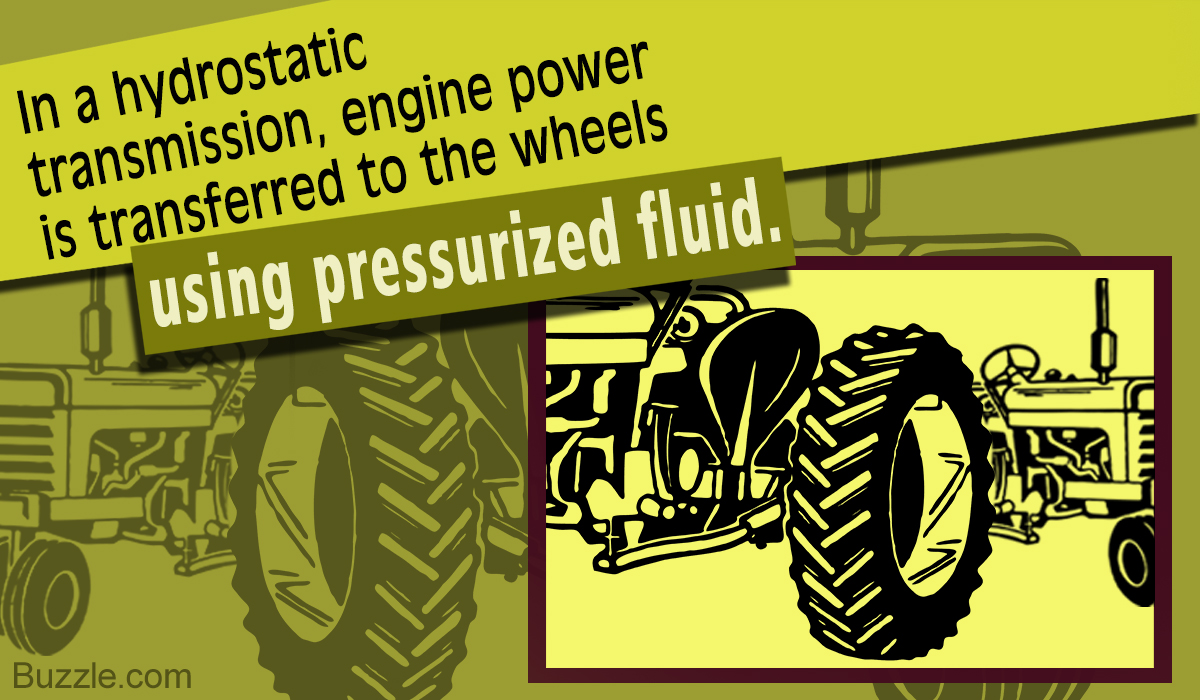 The Honda DN-01 motorcycle is the first consumer road vehicle that used a hydrostatic transmission.

Most modern vehicles work using an internal combustion engine. These engines produce rotational motion, but the vehicle has to move in a linear fashion. This is made possible by the vehicle’s transmission, which ‘transmits’ the power generated by the engine to the axle of the vehicle, making the wheels turn. IC engines have the limitation that they cannot operate below a specific rate, so this creates a problem while stopping or slowing down the vehicle. The transmission also performs this task of modifying the engine speed, by engaging and disengaging gears of different levels. Transmission can be either manual, where the driver himself has to change gears, or automatic, when the vehicle itself does this task.

The changing of gears, either manually or automatically, creates disruptions in the power transmission of the vehicle. This means that the engine power reduces momentarily when gears are being changed. This problem can be solved by using a continuous variable transmission (CVT), also called a gearless transmission. The most famous type of CVT is the hydrostatic transmission, which finds application not only in heavy equipment, like forklifts, agricultural tractors, and industrial machinery, but also in vehicles, riding mowers, and even tanks.

What is Hydrostatic Transmission?

When the power generated by an engine is transferred to the wheels by using pressurized fluid rather than with a drive belt or gears, then such a transmission system is called a hydrostatic transmission. In this, an IC engine drives a hydraulic pump which delivers pressurized fluid to a motor that is responsible for movement of the wheels. 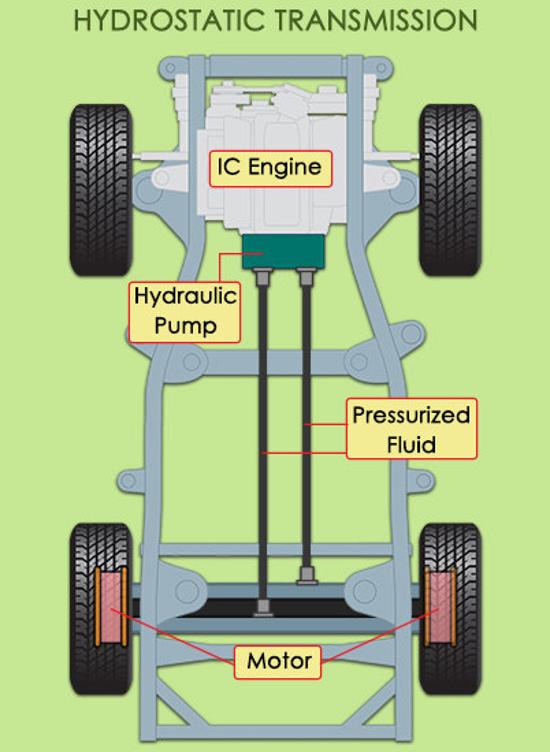 How Does Hydrostatic Transmission Work?

A hydrostatic transmission uses the power from a prime mover, such as the crankshaft of an internal combustion engine, to operate a hydrostatic pump motor. So, the rotary motion from the engine is used to pressurize fluid, which is then directed towards a hydrostatic drive motor. To accommodate the pressurized fluid, the pistons of the drive motor have to start moving, thus creating a rotational motion which turns the wheels. The fluid used is generally oil.

The hydraulic pump, drive motor, and other components are all enclosed in a common housing, with the motor and the pump sharing a common valve. This enclosed assembly is then bolted to an axle. This type is compact and ideal for applications with space constraints, besides being economical.

In this type, the hydraulic pump and motor are placed in separate locations, but are interconnected by high-pressure hoses or pipes. Being more powerful, it is used in industrial applications where the required space is available.

This type involves either a variable prime mover or flow-control valves, which help control the speed. Since the pump has a fixed displacement, it has to be of the appropriate size to be able to turn the motor. The output torque (turning force) or speed may differ from that of the prime mover, depending on what the individual displacements of the motor and pump are. Reversibility is possible only if the prime mover can be reversed.

This arrangement helps deliver a constant torque, because torque depends solely on motor displacement. Increasing the capacity of the pump will increase the speed and power. It is highly popular as a general-purpose drive, which offers a wide variety of speeds, along with an ease of control.

This is the most versatile arrangement, which allows for a variety of torque and speed to power ratios. While the power and speed can be modified by altering the pump displacement, torque depends on the motor displacement. Despite being efficient and flexible, it has a higher cost.

● There is no need to apply the clutch and gears, and hence, no disruption in transmission.

● A preset, controlled speed is possible in both directions, independent from the load being carried.

● There are many number of speeds, in both, the forward and reverse directions.

● A single lever can be used to control the speed and direction.

● Very little maintenance is required, other than regular oil and filter replacements.

● Hydrostatic transmission can be used to operate power steering or dynamic brakes.

● A single prime mover can be used to transfer power to various locations.

● Since it does not involve an engaging gear system, power loss due to friction is minimized.

● A variety of torque or power to speed ratios are possible.

● Since the speed and power depends on the pressurized fluid, the IC engine can be left operating at its most efficient RPM, greatly reducing fuel costs.

● This system is more expensive than the traditional transmission system, with the fluid being especially costly.

● The efficiency of a hydrostatic transmission is slightly lower, at around 80 – 85%, as compared to the 93 – 95% of a mechanical transmission.

● The high torque generated may cause the problem of wheel-spinning on soft surfaces.

● It cannot be towed, like conventional vehicles, as this may damage the seals in the pump by creating a back pressure. This is because the drive motor turns with the wheels, but the pump does not.

It’s obvious that the advantages of a hydrostatic transmission far outnumber its problems. This is why it is regarded as an excellent means of power transmission, especially when a variable output speed is required.