Advantages and Disadvantages of Maglev Trains

While the amazing speed that maglev trains boast of make them seem an apt solution for our transport woes, only a proper evaluation of their advantages and disadvantages can help us get a clear picture about the feasibility of putting them to use. 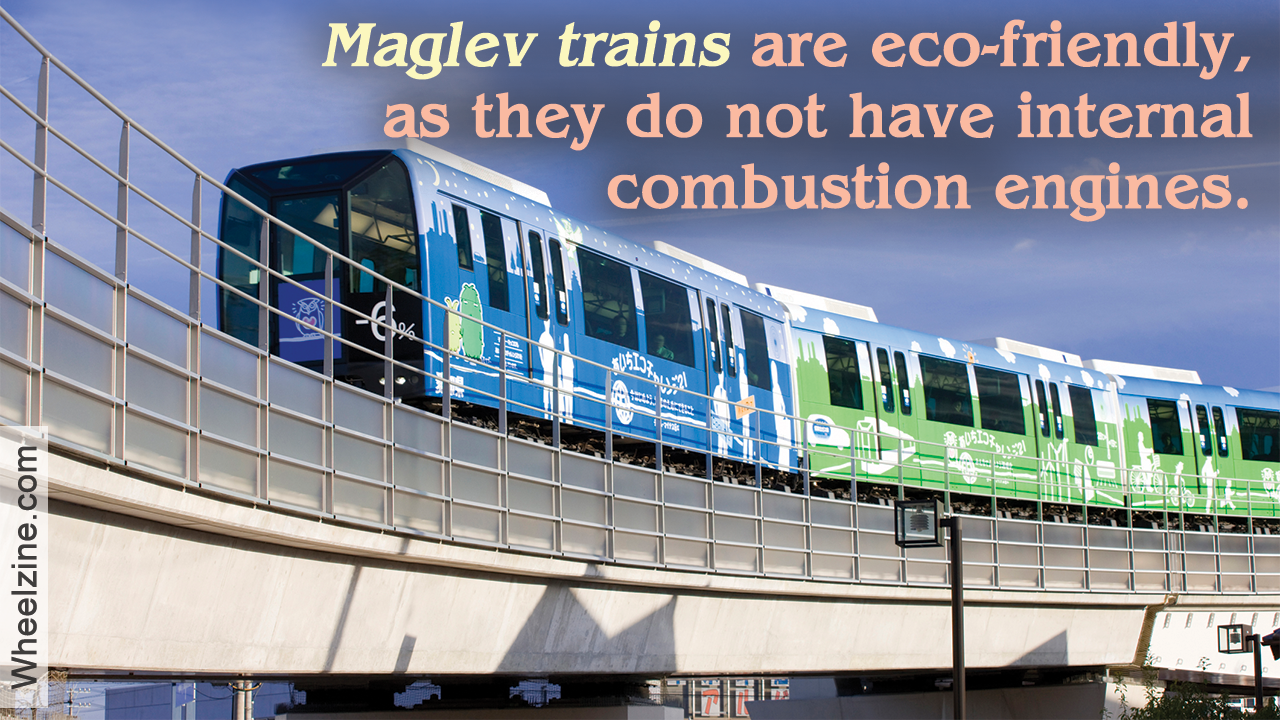 While the amazing speed that maglev trains boast of make them seem an apt solution for our transport woes, only a proper evaluation of their advantages and disadvantages can help us get a clear picture about the feasibility of putting them to use. 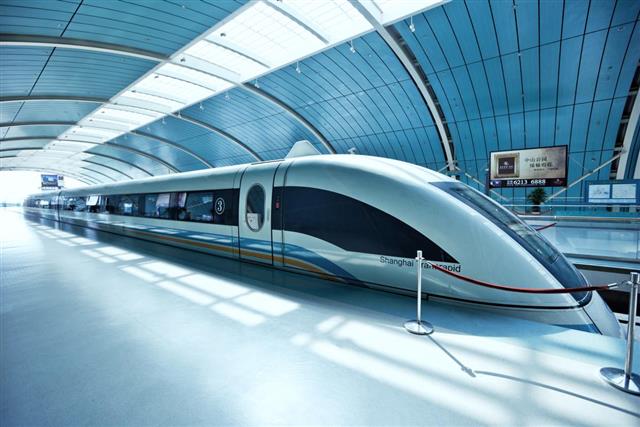 On December 2, 2003, the Japanese JR-maglev became the fastest non-conventional train in the world by clocking an impressive speed of 361 mph. By pulling off this amazing feat, the three-car Japanese maglev edged out the French TGV (Train à Grande Vitesse)―the fastest conventional train with the highest speed of 357.2 mph―by a margin of 3.7 mph. The Shanghai maglev train―pitted to be the most successful maglev in the world―covers a distance of 19 miles in 7 minutes and 20 seconds, with a top speed of 268 mph and an average speed of 160 mph.

The seemingly impossible speeds that the maglevs boast of, hint at the fact that we have come a long way from the traditional steam engines to sleek, super-fast trains. But is it really a feasible option to go for a maglev network in a country like the United States?

The term maglev is derived from ‘magnetic levitation’. Maglev trains work on the principle of electromagnetic propulsion, wherein the cars are suspended, guided, and propelled using powerful magnets. The Maglev Train System has three important components – the power source, the track referred to as the ‘guideway’, and the gigantic magnets that are attached to the cars/track.

The guideway is made up of magnetized coils, which repel the magnets that are attached beneath the cars and makes them levitate around 0.39 to 3.93 inches above the guideway. When the power is sent to these coils, it results in the formation of a unique magnetic field, which, in turn, moves the maglev.

With that we come to the core issue, the pros and cons of the Maglev Train System that need to be taken into consideration in order to determine whether it is really feasible when it comes to the United States. Basically, the practice tracks are already in place in different parts of the world; the US in no exception. More importantly, the Maglev Train System has already tasted success in various countries, including Japan and China. On the basis of the performance of existing maglevs, which include the ones that are in service as well as the ones which are being tested, we were able to come up with the following advantages and disadvantages of the system.

While the advantages of Maglev Train System may seem quite promising in themselves, they are not enough to overshadow the biggest problem with the maglev trains: the high cost incurred on the initial setup. While the fast conventional trains that have been introduced of late, work fine on tracks which were meant for slow trains, maglev trains require an all new set up right from the scratch. As the present railway infrastructure is of no use for maglevs, it will either have to be replaced with the Maglev System or an entirely new set up will have to be created―both of which will cost a decent amount in terms of initial investment. Even though inexpensive as compared to EDS, it is still expensive compared to other modes.

If the advantages and disadvantages of these trains are pitted against each other, it can be a bit difficult to come to a concrete conclusion. While the high cost of initial set up is something that a developed nation like the United States won’t have to worry about, the fact that the entire infrastructure has to be replaced with a new one will be something that will have the experts in a catch-22 situation. But obviously, we will have to do away with their disadvantages if we are to invest in maglev trains. If the commercial success of the Shanghai maglev train is to be taken into consideration, these trains can be surely considered the transport system of the future.