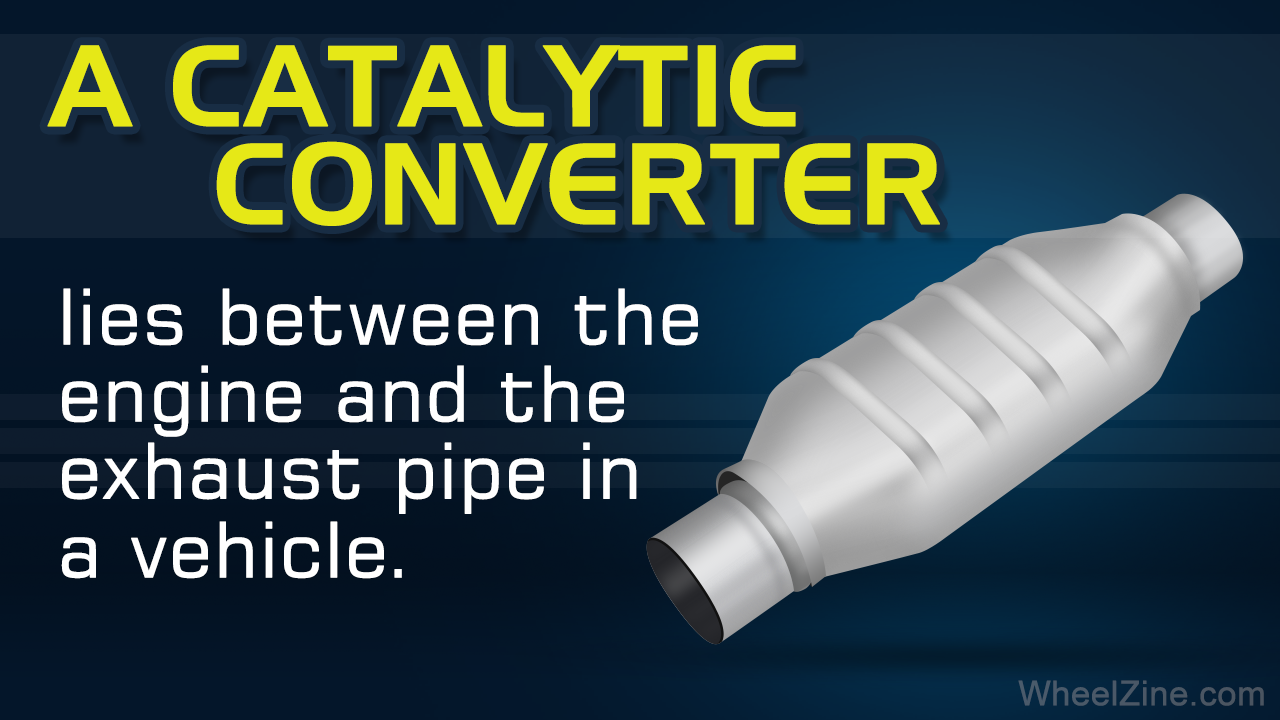 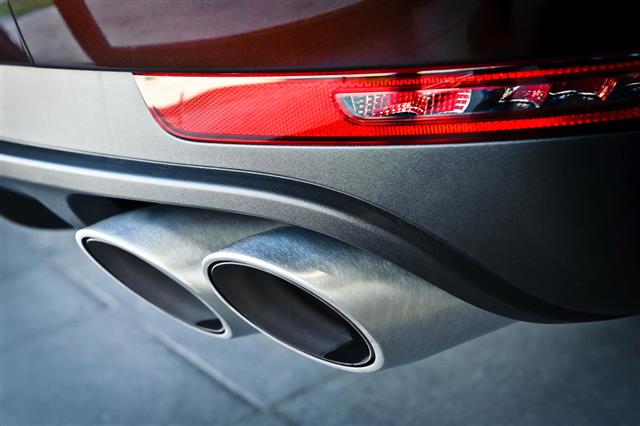 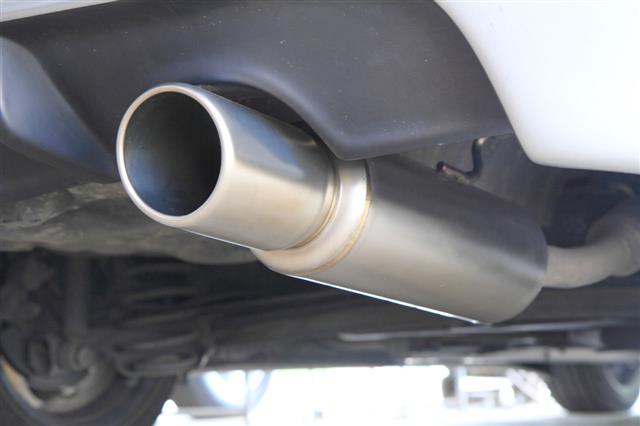 A catalytic converter is an essential part of the exhaust system in a modern car. It helps in confirming your vehicle’s performance with the emission standards. This part lies in between the engine and the exhaust pipe. Its inner honeycombed structure is made of ceramic, and is equipped with metals such as palladium and platinum to clean the fumes of the burned fuel of harmful gases. This converter reacts with the fumes and converts unburned hydrocarbons, nitrogen oxide, and carbon monoxide in it into harmless compounds of carbon dioxide, nitrogen, oxygen and water. Normally, a catalytic converter is built to last at least 10 years. However, due to various reasons, it can give problems before this time period too, but not without giving enough warning signals.

Signs of a Bad Catalytic Converter

Any object such as a machine or an instrument, however sturdy, breaks down if it is made to operate beyond its tolerance level. A catalytic converter, which cleans the fumes of pollutants, is built to operate at pretty high temperatures. However, when it gets bad or clogged, it starts affecting the performance of the vehicle, which an astute car driver can easily notice.

If you are a person who is not too familiar with the vehicles, then a sure sign of something is wrong with your vehicle is loss of power going up-hill. You can feel your engine groaning, protesting and making a mountain out of a mole-hill. Even a novice at car driving can zero-in on the clogged catalytic converter symptoms such as reduced fuel efficiency.

Overheating Due to Thermal Shock

Inspect the exterior surface of the converter for visible damage. Discoloration and/or warping of the converter housing are indicators of thermal damage to the converter substrate caused by overheating. Thermal failure is usually the result of too rich a fuel mixture entering the converter which contains unburned fuel. This mixture then burns in the converter itself and melts the substrate, causing clogging.

A blocked catalytic converter obstructs the flow of gases through it, creates exhaust system back-pressure and affects the performance of the engine. Thermal shock also occurs when the hot converter comes into direct contact with ice or cold water, which can cause the interior substrate to crack, resulting in converter clogging, heat buildup and loss of power.

Rattling Noise Due to Physical Damage

Sometimes, stones or debris on road hits and damages the internal organs of the catalytic converter. Such a damage to this car part is visible from the outside in the form of dents. If the ceramic of the converter is cracked or broken completely then one can hear rattling noises when this car part is thumped on. Over the period of time these lead to clogging of the converter and result in exhaust system back-pressure.

Odor of the Fumes

Fumes leaving exhaust, that are sulfurous as if coming from a rotten-egg, is one of the unmistakable clogged catalytic converter symptoms. When one is in doubt about whether the low performance of his or her vehicle is due to choked catalytic converter or not, smelling the vehicle fume to detect this odor is useful. The cause of this problem is the improper mix of fuel. Unfortunately, this symptom is the last to appear. Noticing the problem at such later stage makes it impossible to carry out any meaningful repairs and generally, means that the owner must be ready to shell out the cost.

How to Prevent a Catalytic Converter from Going Bad

Once in a while, it is a good idea to test how healthy your catalytic converter is. You can do so at a distance with a pyrometer which is an infrared thermometer. Use it to check the inlet and outlet temperature of the converter. If it is more than 200 degree Fahrenheit, then it means that you have a problem at your hand. There are chances that the fuel mixture is too rich. Pyrometer, by bringing the problem of overheating to your notice helps you in informing of a timely car repair.

It is a device which you can fit in the place of upstream oxygen sensor to check the back pressure. Normally, manuals say that it should be less than 1.0 psi at idle and at snap throttle, it should not be greater than 4 or 5 psi, depending on the model. Go through your car manual to update yourself while doing the test.

On noticing any of the blocked catalytic converter symptoms, you must take the vehicle to an expert mechanic who can get to the bottom of the issue. He may test your car’s performance by removing the converter to determine, whether it is the culprit or not. However, beware of the laws in your state regarding the catalytic converter use. In some states, these laws says not to remove this car part on your own. The problem of overheating can also be due to fouled spark plugs, misfiring cylinders, incorrect ignition timing, bad exhaust valves, etc. In this case, finding an agency authorized to do the task is beneficial. 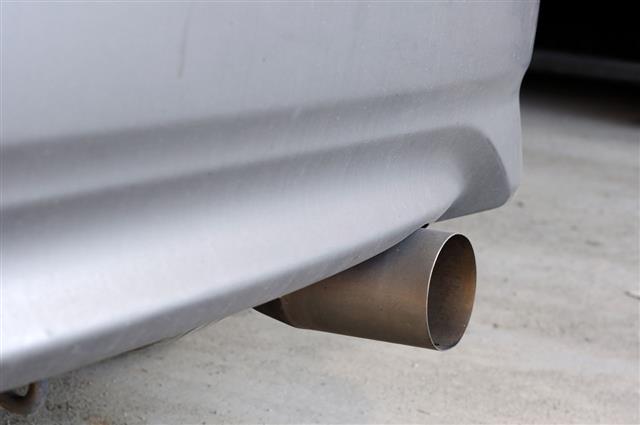 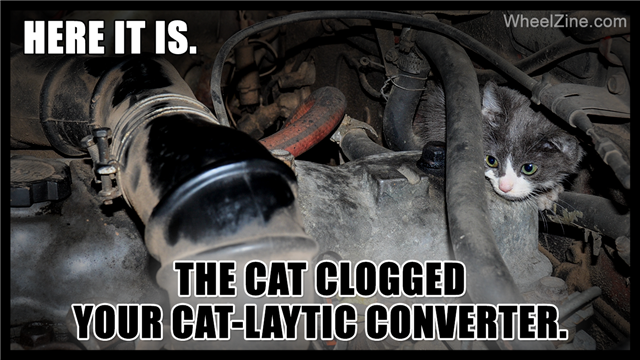