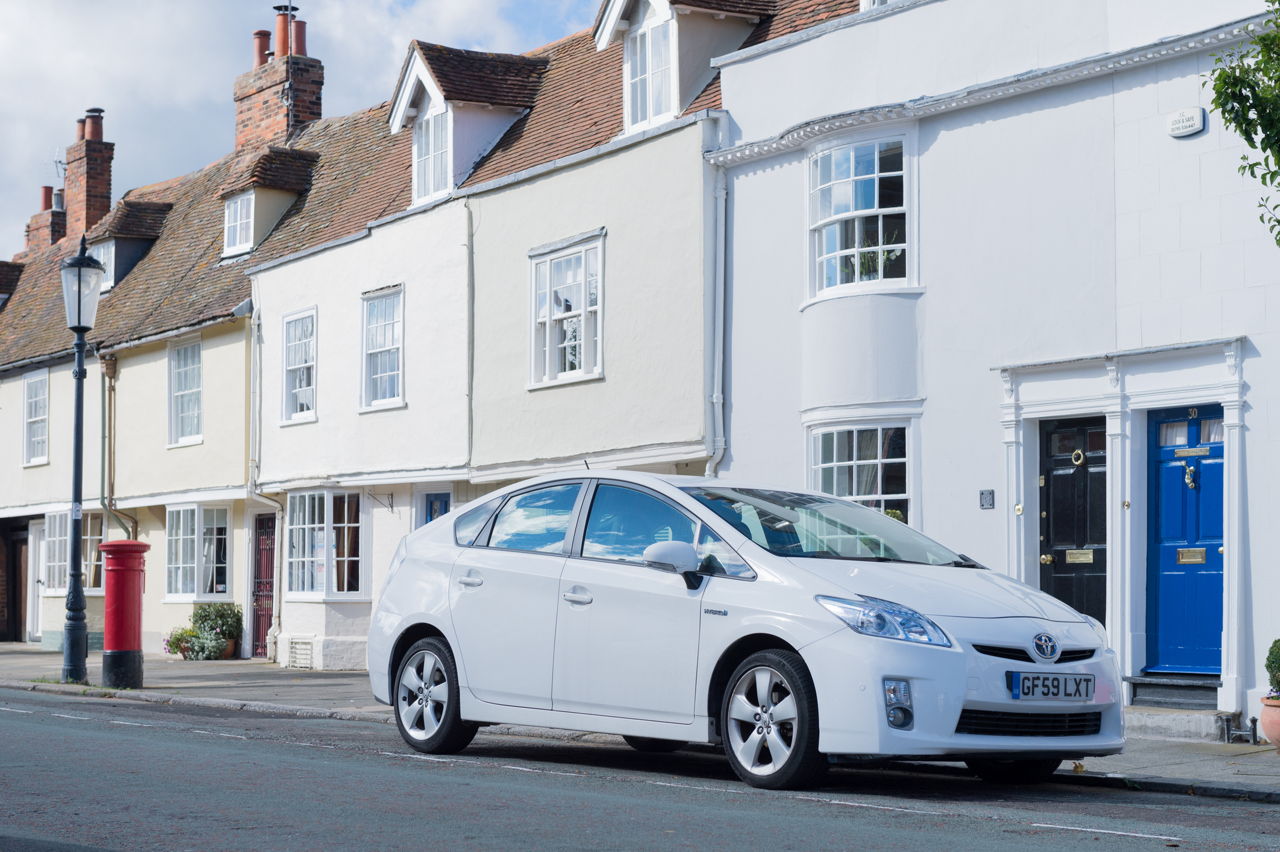 As fuel consumption is substantially increasing day by day, the time seems to be near when there would be no fuel at all to run vehicles. Owing to this fact, there are many people who are in search of the top fuel-efficient cars. Note that fuel efficiency depends a lot on the power of the car; the more powerful the engine is, the less fuel economy it will have and vice versa. Hybrid cars are running great in the automobile market, which have the best fuel economy and savings. According to the US Environment Protection Agency (EPA), the Toyota Prius is rated the topmost fuel-efficient car.

This hybrid car is rated the best when it comes to fuel efficiency, with a city mileage of 51 mpg and 48 mpg on highway, which comes to 50 mpg combined. The average annual cost of fuel consumption under normal traveling conditions is estimated to be approximately $861. The Toyota Prius has got a 1.8 liter 4 cylinder engine, with a front wheel drive system.

This subcompact Ford car has a 4 cylinder 1.6 liter engine, which gives a combined mileage of 33 mpg. On highway roads it gives around 40 mpg, whereas on city roads it gives 29 mpg. The per year fuel consumption expenses are recorded at $1304. Note that the mileage may vary a bit depending on manual or automatic variant of the car.

The Honda CR-Z is reported to give a city mileage of 35 mpg and a highway mileage of 39 mpg, with a combined mpg of 37. The annual fuel consumption cost of this front wheel drive vehicle is reported to be about $1162. It is an automatic drive two seater, with an engine of 4 cylinder 1.5 liter. It is one of the most economical cars from Honda indeed.

The Honda Accord is one of the best-rated cars for performance, luxury as well as fuel efficiency. This large-sized sedan is believed to give a mileage of 23 and 34 mpg on city and highway respectively, with an average of 27 mpg. The annual fuel cost is shown to be at about $1593. This front-wheel drive Honda car has a 2.4 liter engine with an automatic transmission.

This Volkswagen car has a 4 cylinder diesel engine of 2.0 liter, which gives 30 mpg in city and 42 mpg on highways. It is a compact car with a manual 6 speed transmission and front wheel drive. The annual running fuel cost of the Volkswagen Jetta is reported to be around $1376. Owing to the mileage, it is one of the best fuel-efficient cars manufactured by the company.

Just next to the Toyota Prius comes the Honda Civic Hybrid which has a mileage of 40 mpg in city and 43 mpg on highways. The combined mileage comes to an impressive 41 mpg. The per year running fuel cost of this Honda car falls near $1050 roughly. It is fitted with a 1.3 liter engine, a front wheel drive system, and an automatic transmission.

Like the Honda Accord, this is another popular car. It is a front wheel drive large car with an engine of 2.4 liters and manual six speed transmission, producing a power of 198 hp. $1537 is the approximate per annum fuel cost of the Hyundai Sonata. This is considered a good option for car safety and luxury.

These are few of the most fuel-efficient cars. There are many other good options such as Nissan Versa, MINI Cooper, Toyota Yaris, Honda Insight, Volkswagen Golf, and similar others. Note that automatic transmission cars do have an advantage with respect to fuel economy than their manual transmission counterparts.