Back in the day, all that an automobile thief needed to make a getaway with the ride he set his eyes on was a screwdriver and some tape. But things are not so simple today, with the growing practice of setting up anti-theft devices in cars. An engine immobilizer is not only a very simple circuit, but it is also found in majority of cars nowadays. WheelZine takes a closer look at how this handy mechanism functions. 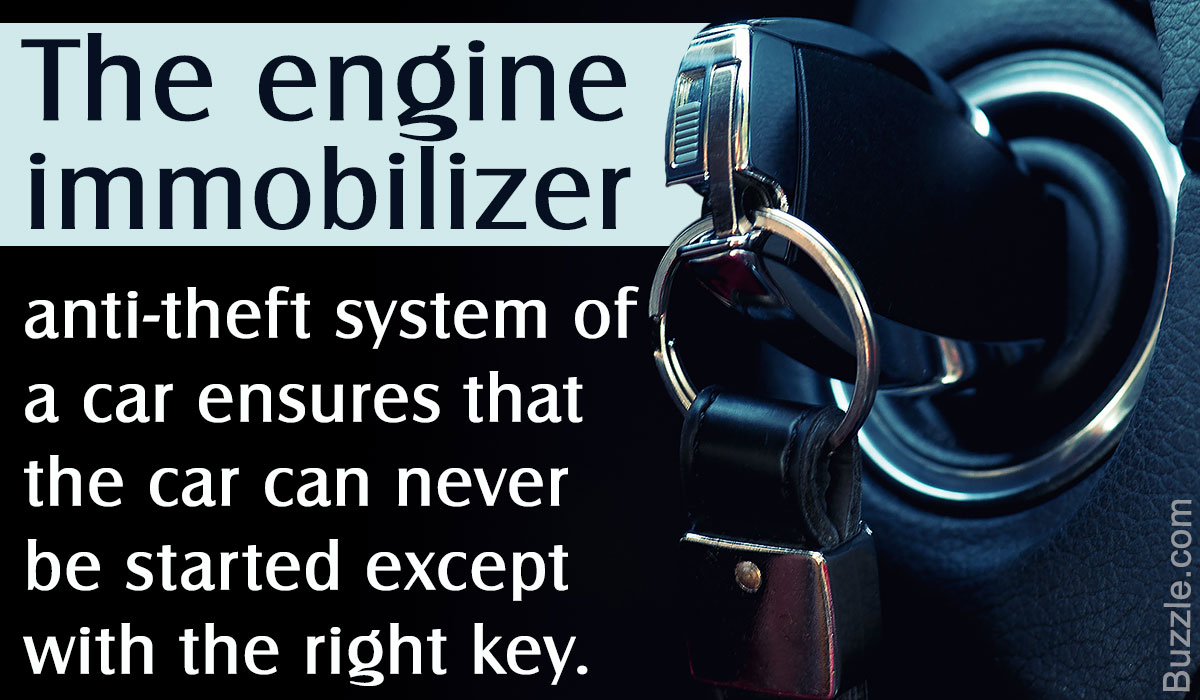 Back in the day, all that an automobile thief needed to make a getaway with the ride he set his eyes on was a screwdriver and some tape. But things are not so simple today, with the growing practice of setting up anti-theft devices in cars. An engine immobilizer is not only a very simple circuit, but it is also found in majority of cars nowadays. WheelZine takes a closer look at how this handy mechanism functions.

An Interesting Piece of Trivia

This marvel of a technology that serves the purpose of preventing automobile thefts is not limited only to cars and trucks. Motorbikes and similar two-wheel vehicles also come fitted with such systems nowadays, and this movement was pioneered by Honda in the 90s.

Hardly a couple of decades ago, cars and other motor vehicles were vulnerable to hot wiring (bypassing the ignition system of the car, yet getting it to run by opening up the steering column and manually connecting certain wires to each other) and car theft by these means posed a real threat to automobile owners around the world.

Nowadays, the fear of this happening is a thing of the past, thanks to the practice of fitting cars with engine immobilizers, which are intelligent electronic systems that serve the purpose of safeguarding cars from being stolen.

This practice of employing engine immobilizers was first seen in Germany, and it soon became a mandate for all cars in the country at the insistence of insurance companies. Later on, automobile companies in the USA also began adopting this strategy, and the engine immobilizers that they used were designed according to standards similar to the Germans.

We have put together a small guide to help you take a closer look into the concept, working, and benefits of this phenomenal system.

How Anti-theft Protection is Achieved

An engine immobilizer, as the name suggests, can immobilize the engine, or in other words, prevent the car from starting, if any unauthorized person tries to access the car. The key to how it manages to identify the owner is quite interestingly the key of the car. The procedure followed by any engine immobilizer system to verify if the car is being stolen or not is described as follows.

♦ All car keys come fitted with a transponder, which is an electronic device that is capable of emitting radio waves.
♦ As soon as any key is inserted into the slot in the key cylinder, the ECU (control unit of the car’s engine) emits a radio signal that serves the purpose of asking for identification.
♦ An electromagnetic field is thus created, which then activates the transponder in the car key.
♦ The key’s transponder responds to this request for identification by emitting a coded radio signal, which actually contains a 30-character passkey.
♦ An RF (radio frequency) reader that is present in the steering column analyzes this signal, and if the key is in fact an authorized one, the ECU is alerted.
♦ Upon verifying the key, the ECU communicates with the fuel supply, which in turn sparks the ignition because of which the car starts. 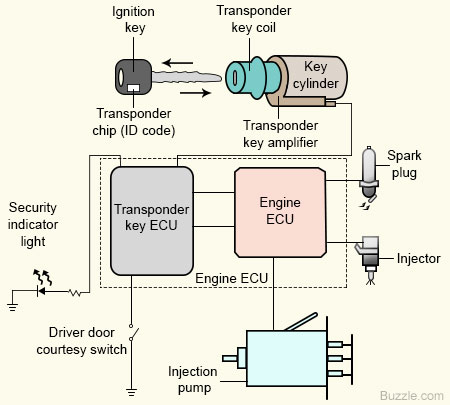 In the event that the car has been broken into, and the key that is being used in the attempt is a duplicate one, which in spite of fitting into the slot does not have the ability to provide the passkey, proving that it is unauthorized, the ECU blocks the fuel-injection mechanism that starts the car.

Perks and Limits of Engine Immobilizers

Advantages
♦ The implied advantage of using an engine immobilizer hardly needs to be highlighted. However, apart from the primary function, i.e., immediate prevention of car theft, some systems are also intelligent enough to play a bigger role.
♦ Some of the more advanced car engine immobilizer systems can even initiate a time-out during which the engine absolutely will not start in an effort to ward off persistent intruders.
♦ Others may sound loud alarms, which apart from scaring off the potential thief, will also alert people passing by about this robbery attempt.
♦ There also systems that can send a message to the security agency that installed the system, so that the owner can be notified about a break-in.

Drawbacks
♦ While the noble ideology of preventing a car theft is effectively upheld by engine immobilizer systems, they make things quite difficult for the actual owner of the car, in the event that he or she misplaces his or her car keys.
♦ The owner will have to request the manufacturers to provide an alternate compliant key, and it may take more than just a day (maybe weeks, if the car in question is a high-end, luxury vehicle).
♦ Replacing the car key could also turn out to be an expensive affair.
♦ The engine immobilizer anti-theft mechanism is not foolproof in the face of a skilled hacker. Transponders powered by chips manufactured by Megamos have been reported to have been hacked in the past.

Not surprisingly, an engine immobilizer is not the only mechanism that can be used to protect your car from theft. From simple devices that lock your steering wheel and/or gears, to high-tech vehicle tracking systems, a person looking to defend their precious wheels against the lecherous eyes of car thieves has a lot of options.

Installing a kill-switch in your car is a noteworthy alternative. This device is a switch that is hidden in the car, which unless disabled, has the ability to shut down a portion of the electrical systems that function when the vehicle is turned on because of which the car will stop. This mechanism to prevent car theft is a popular substitute to the engine immobilizer system.

We advise you not to hesitate when it comes to investing in a theft-prevention system for your automobile, not just for the obvious reason, but also because cars that have these measures fitted in them demand much lower insurance premiums, as well as loan charges.