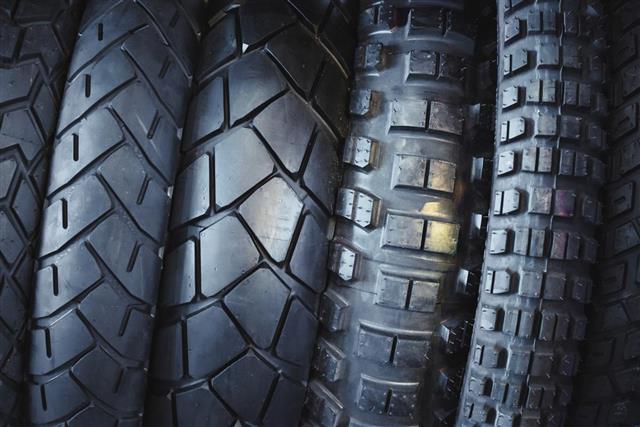 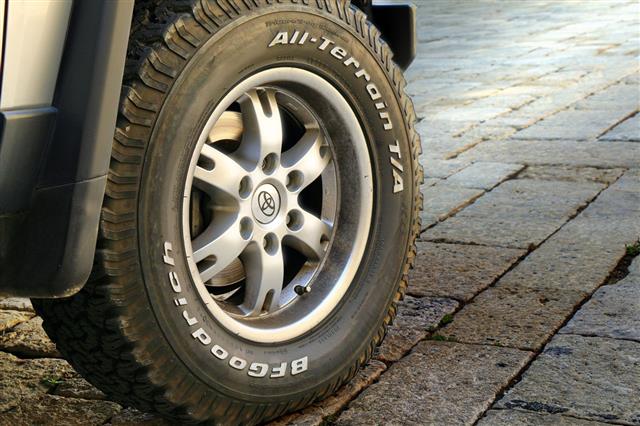 When tires were first manufactured, they were white in color, which is the natural color of rubber. But since these tires were susceptible to dry rot due to UV light, manufacturers began to add carbon black to the rubber, to make black tires, which were more resistant to dry rot.

Cracks are considered pretty normal on a tire. What everyone is more concerned about is its tread. There is a general perception that tires are to be used until the tread wears out; an advice even given by experienced mechanics. But since tires are routinely subjected to different kinds of forces, finding out whether they are in good or bad condition is more complex than just looking at the tread. One of the most common problems affecting them is dry rot.

The name ‘dry rot’ is actually a misnomer when used in regard to tires. The actual meaning of this term is the damage caused to wooden objects by a particular fungus. Dry rot in tires is, in fact, a condition where its rubber becomes hard and brittle, which causes cracking of the sidewalls. This is in no way related to any fungus, but is mostly caused due to various reasons like aged tires, high mileage, UV radiation, and exposure to ozone, which cause the oils present in the tires to evaporate and leave behind dry rubber. Since tires have to withstand a large amount of pressure each time the vehicle is used, such inelastic rubber just doesn’t stand up to the task. As such, let us understand more about dry rot in tires, and how to treat it.

Dry Rot in a Tire

❑ Carefully observe the tire. The first sign of dry rot is cracks running down the sidewalls. If the cracks are surrounded by discolored rubber, then the dry rot is in an advanced stage.

❑ Though dry rot commonly occurs on the sidewalls, it can spread to the tread too. Typical cracking patterns include, cracks which run perpendicular to the tread, and in between. Remember, a good tread does not indicate absence of dry rot.

❑ Touch the surface of the tire. If the rubber appears dry, rigid or brittle, then this is a warning sign.

❑ In advanced cases of dry rot, the tread starts separating from the tire. When this occurs in the front tires, it will cause the steering wheel to wobble when driving at low speeds, and the whole car wobbles if tread separation occurs in any rear wheel.

Sunlight contains a type of radiation called ultraviolet or UV rays. These radiations cause deterioration of rubber by a process called photodegradation. Since tires contain a polymer made of natural and synthetic rubber, they are prone to UV damage. While, exposure to normal amounts of sunlight is not harmful, parking your vehicle for extended periods in the sun can take its toll. This type of damage is more prominent in places which are sunny, such as Florida, rather than Virginia.

Ozone
Ozone is a type of gas made up of oxygen atoms. Under normal circumstances, this gas is found only in the higher parts of the atmosphere, like the stratosphere. But due to pollution, increasing amounts of ozone are found near the Earth’s surface. This gas, together with UV, is one of the main reasons for dry rot of tires. It breaks the chemical bonds in rubber by a process called ozonolysis, resulting in tire cracking. Parking a vehicle near motors and furnaces can also cause such damage, as these devices are prone to sparking, which produces ozone. Besides ozone, oxygen is also known to damage tires by breaking carbon and sulfur bonds in rubber molecules. Besides, it causes evaporation of protective waxes and oils, which shield the tire surface.

Age
Regardless of how much care is taken, age does take a toll on tires. All the factors like UV exposure, ozone damage, and physical weathering, produce a cumulative damage with time. Moreover, an old tire is most likely to have been used for several thousands of miles, and such overuse can easily cause dry rot. However, tires can also age on shelves without ever being used, because of exposure to the elements. The inner lining of tires also deteriorates with age, due to the effect of oxidation by the air filled in the tire.

Disuse
During manufacture, special additives and waxes are added to the rubber. During regular use of the vehicle, the stresses placed on the tire forces these substances out of the rubber and onto the surface of the tire, where they form a protective coat against chemicals, UV, and ozone damage. This process is called ‘blooming.’ When a tire is not used for extended periods, either on a vehicle parked in the garage, or on a shelf, blooming does not occur, and the tire surface deteriorates.

Substances like silicone and petrochemicals, which are commonly found in tire-dressing products, are known to dissolve the protective waxes on tire surfaces. This exposes the tire surface to the weathering effects of air and sunlight. Acid rain, chemicals on road surfaces and in puddles, are other factors that can play a role in dry rot.

If tires are not filled to the recommended pressure, it can cause collapsing and creasing of their sidewalls. If a tire is already old or worn out, then its brittle surface can easily crack on collapsing. Old and under-inflated tires are notorious for air leakage, caused by cracking.

When cracking is observed on the sidewalls of a tire, the problem of dry rot is already underway, and little can be done to repair it. If there are only minor cracks, using a water-based tire oil can help seal the cracks. However, if cracking is severe, replacing the tire is the best solution, as its structural integrity has been compromised.

Tires must be used regularly, as this places the rubber under stress, causing the protective waxes to make their way to the tire surface. Even if the vehicle is not used frequently, moving it a bit in the garage itself will keep this process of ‘blooming’ on.

Protective Solution
Use a protective solution made for tires, such as 303 Aerospace Protectant. These substances coat the surface, creating a barrier to air and light. While cleaning the tires, avoid harsh chemicals, and use a good auto soap instead. Also, avoid tire shine products available in the market, as they dissolve the protective wax from the tire surface, which can hasten its deterioration. Besides, they produce an unusual glossy look on the tire.

Storage
When a vehicle is left for long periods in the garage, keep 1-by-8 to 1-by-12 sized wooden boards under each tire, ensuring that the board is larger than the tire footprint. This prevents concrete from absorbing moisture from the tire, causing it to dry. Alternately, the tires can be removed and stored in a dark, cool place, like a cellar, in air-tight polythene bags. Before this, the tire can be filled with compressed nitrogen gas, which reduces its exposure to air.

Age
While used tires can come at a good offer, check the age of such tires before purchase. This can be done by looking at the DOT code on the sidewall. In this code, the word ‘DOT’ is followed by several letters and digits. Look at the last four digits. Out of this, the first two digits indicates the week, and the last two reveal the year of manufacture. For example, the code ‘DOT 523J K3Y9 2310’ means that the tire was manufactured in the 23rd week of 2010. The general consensus is that, tires should be discarded 6 years after their manufacture, even if they have been lying on a shelf all along.

► Always park your vehicle in the shade. If this is not possible, shield it from the sun by using a vehicle cover.

► Keep the tires inflated to their recommended air pressure.

► Examine the tires on a regular basis to spot any damage. This becomes more important 3 years after manufacture, and later.

► Do not store the tires near gasoline, oil, or grease, as these substances can dissolve the protective waxes on them.

It is advisable to keep an eye out for dry rot in tires, and know when to replace them. Under no circumstances should a damaged tire be used, as this can cause a blowout, which can result in a fatal accident. 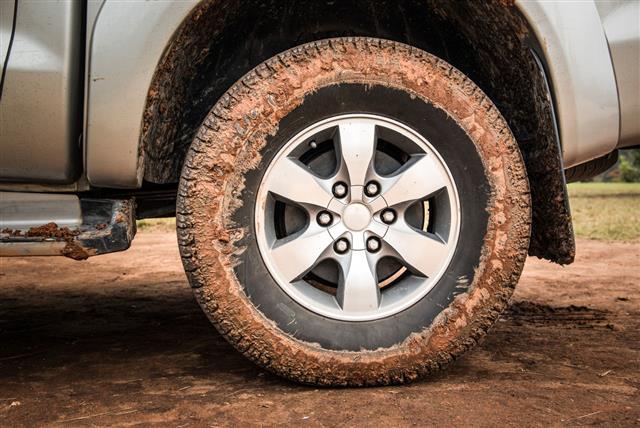