Detailed Guide on the Functioning of Body Control Module in Cars 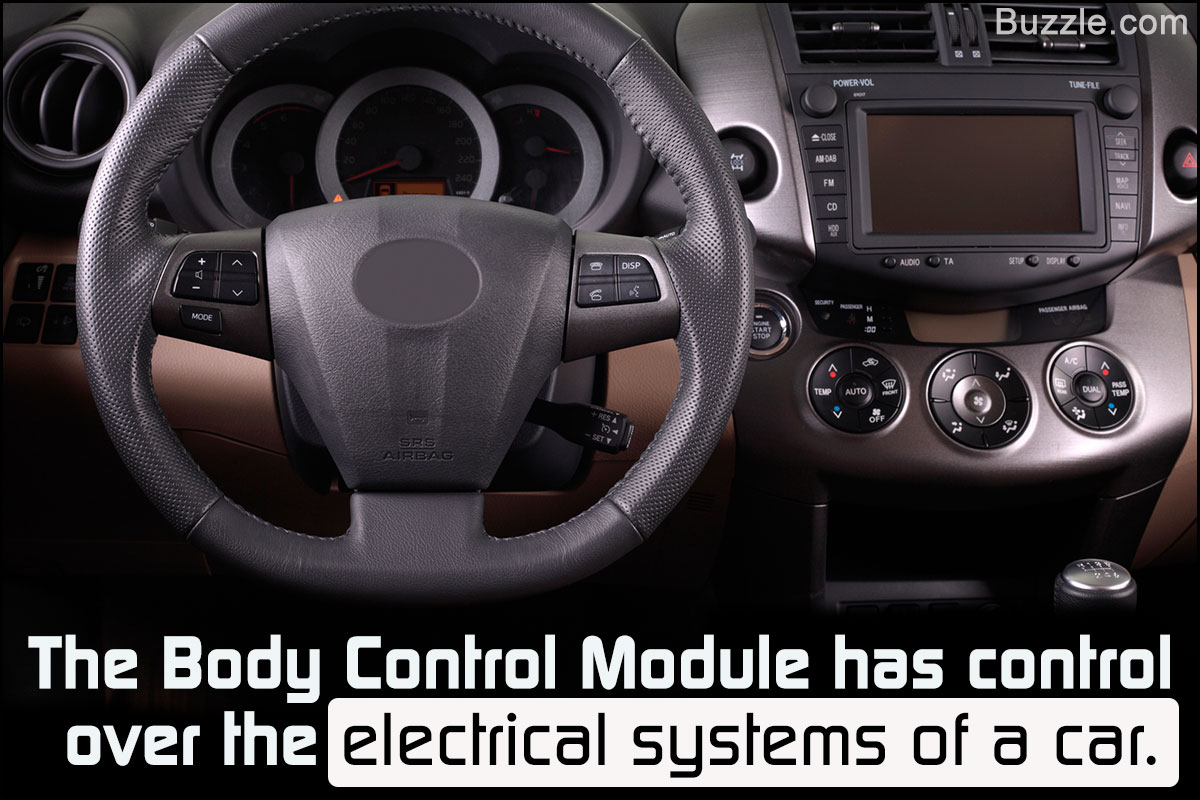 The way the brain is central to the functioning of a human body, the body control module is of equal importance to a car.

Today, new cars come equipped with various features like power windows, power steering, in-built Bluetooth systems, etc. Now, all these systems come with their own electronic control units, which keep a tab on these systems. All these control units perform independently, hence, there is the need of a system that incorporates the various systems in the car and introduces some uniformity in their functioning and coordination.

This is where a body control module (BCM) comes into the picture. One of the most important functions of this module is to communicate and coordinate with other modules through the vehicle bus module. It is an embedded system that has control over the various electrical systems of the vehicle. It controls the ‘load drivers’, which in turn activate the relays. The location of the BCM is generally behind the kick panel in the vehicle, or under the dashboard of a car. 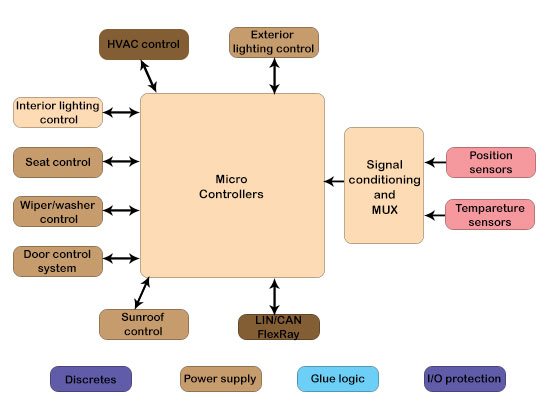 The controlling part is done in the micro-controller that is present in the BCM. The block diagram above gives a general representation of this. The input devices feed the data to the control module. The devices that can be input to this module are sensors, variable reactors, etc. Whereas, the output devices are the devices that generate a response to the signal from the input devices. These devices include the like of relays and solenoids, among others. Through these, the BCM exercises control over various systems. The glue logic is a customized circuit that serves as an interface for other standard as well as customized circuits.

What Does a Body Control Module Do?

The BCM is a core component and can perform many functions. It takes the data from the input devices. The output devices are controlled based on this with the help of a LIN (Local Interconnect Network) or CAN (Controller Area Network), which is used for communication between various modules in the vehicle. There are many electronic systems that have control over various functions present in the car, and all these electronic modules come under the control of the BCM.

The BCM regulates the operation of various systems present in a car. These operations can take place simultaneously, as this module can handle multitasking in an efficient manner. It can also detect the malfunctioning in the wiring or components. Based on the consumer needs, different variations in a BCM can be introduced by varying the architectural approach. The control module, through the micro-controller, can take care of the power distribution in the system, along with keeping the fuse box safe.

Some of the systems that come under the control of the body control module are:

The systems under the control of the BCM include comfort as well as security systems. It must have a design that can adapt to the changes in the future. This can be achieved through its flexible architecture. It must also be energy efficient, and consume minimum energy when on standby mode. Users must take their requirement of various parameters into consideration when buying a BCM.

The body control module is adaptable to best suit user requirements, along with being cost-efficient because of the reduced wiring. Users must keep an eye on the software of the BCM along with its hardware. This should not be a problem, as BCMs have AUTOSAR (AUTomotive Open System ARchitecture). Compatibility of the software with the car system is as important as its hardware compatibility.