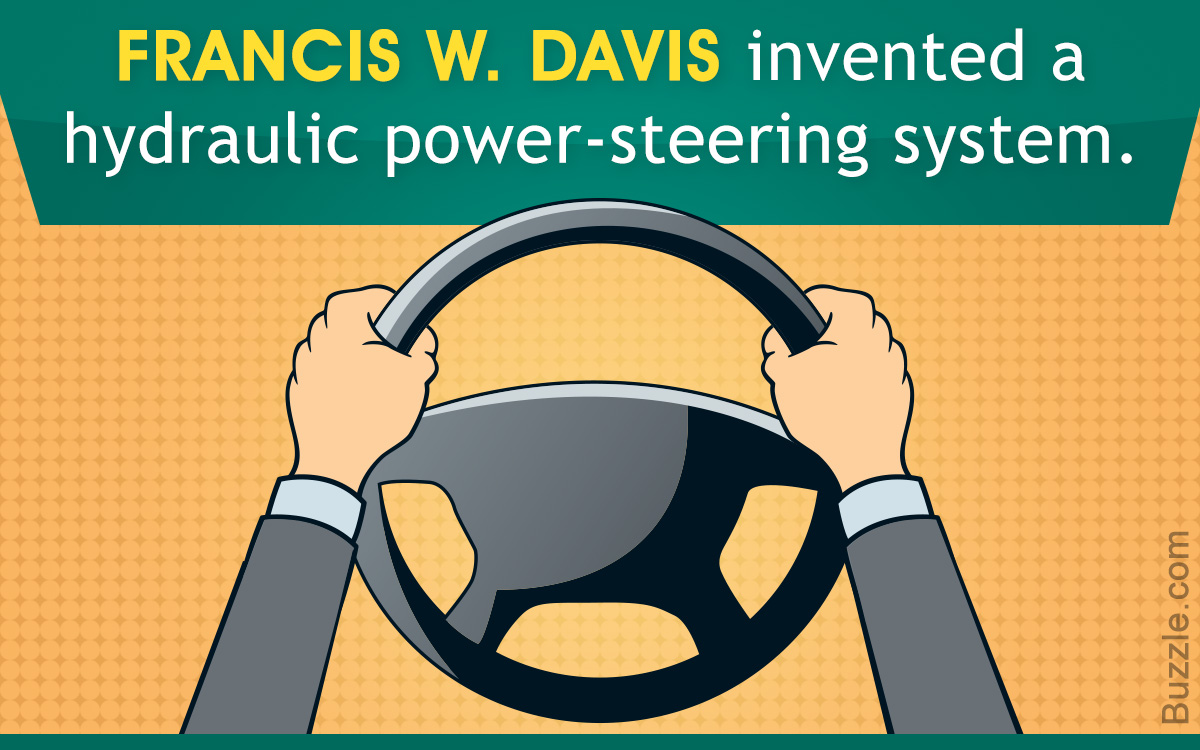 The first commercially viable power steering system was developed by Chrysler Imperial in 1951. It was named ‘Hydraguide’.

Power steering has today become a standard fitment in almost all four wheelers that we see plying on the roads. It provides easier maneuverability and a better degree of control over the vehicle, which makes driving all-the-more effort-free.

The term power steering is derived from ‘power assisted steering system’. Although electric steering systems have become common in most vehicles today, initially, the basic system for power steering was hydraulic, which worked thanks to the precise functioning of a number of small and large mechanical parts. In the following sections, we shall learn about the working of the basic hydraulic power steering. But before that, we will take a look at how the steering in a vehicle functions.

Steering a vehicle involves getting its front wheels to turn synchronously, either to the left or to the right. This is achieved with the help different gear systems. The two main types of steering gear systems are the rack and pinion, and the recirculating ball type; out of which the former is found in most cars. The following is a description of the rack and pinion gear system.

Rack and pinion is one of the most commonly used steering systems in most cars today. Compared to other systems, it provides a better feedback (road feel) to the driver, which makes it suitable for difficult terrains.

The rack and pinion mechanism comprises the following main components, which are located within the steering gear housing: rack, pinion gear, and tie rods.

The rack is a linear gear with straight cut teeth on it, while the pinion is the normal round gear which is set at an angle over it. Typically, the pinion has a helical cut on it, designed to provide a smoother meshing between it and the rack.

The car’s steering wheel is attached to the pinion gear via a steering shaft. When you turn the steering wheel, the pinion spins and drags the rack along, moving it to the left or right, depending on the direction of the turn.

The rack attaches to the steering arms of the wheels via tie rods. When the rack moves, it pushes one wheel while pulling on the other, making the car turn.

Thus, the rack and pinion arrangement is able to convert the rotational motion of the steering wheel into a linear motion, allowing the wheels to turn.

This gear mechanism is also designed to provide a gear reduction, which makes it possible to turn the wheels with much less effort, considering the weight of the vehicle.

Typically, the gear ratio is so chosen that it requires you to make up to four complete revolutions of the steering wheel to make the wheels turn from lock to lock.

A typical power steering system utilizes the same mechanism as the normal steering, with the addition of a hydraulic system that generates the ‘power’ needed to assist in the steering effort. The following describes how a basic power rack and pinion steering system works.

For providing hydraulic power assistance, a slight modification is made to the typical rack and pinion system described in the previous section.

As can be seen from the diagram above, part of the rack is modified to form a hydraulic piston and cylinder arrangement. The cylinder is fed on two sides by openings to which fluid lines are attached. The piston is connected to the rack, and moves between these two openings.

When pressurized fluid is fed to any one of the openings, the piston gets pushed and moves in the opposite direction, dragging the rack along with it. At the same time, the other opening vents out the fluid (if present) on the other side of the piston. This is how power is provided, which significantly minimizes the effort needed to steer the vehicle.

The fluid is stored in a reservoir (not shown), and is pressurized with the help of a rotary vane pump, driven by the car’s engine through a belt and pulley arrangement. It pulls the low pressure fluid from the reservoir, and pressurizes it before supplying it to the cylinder in the hydraulic steering system.

Thus, effectively, the fluid pressure does most of the steering work, while the driver controls the direction of the turn with the help of a very precise valve system.

In the previous section, we covered the basic working of the power steering system. However, there are a few important design aspects that are most essential for this system to be practically usable.

Since the rotary vane pump is driven by the car’s engine, it continues to pump pressurized fluid into the system, irrespective of whether it is required or not. Also, since the amount of pressure generated is directly proportional to the engine speed, a large quantity of fluid is pumped at high speeds. To prevent a blowout from occurring, the pump comprises a pressure-release valve which opens up when the pressure gets too high.

Typically, more steering effort is needed to turn a car when it is at rest or moving at slow speeds, as compared to higher speeds. The power steering system should therefore assist the driver only when assistance is needed. For this purpose, one of the following methods are employed.

Considering the practical aspects of the hydraulic system, it has been observed that driving the rotary vane pump by coupling it to the engine uses up a significant amount of the car’s fuel, making the system inefficient. To improve on this, a hybrid system has been designed, which uses an electric motor instead to pressurize the fluid, while the rest of the hydraulic system functions as it is. Since the electric motor runs on the vehicle’s battery, it ends up saving a lot on the vehicle’s fuel, making this electro-hydraulic hybrid power steering system much more efficient.

Thus, the basic power steering system in a vehicle utilizes hydraulic power to provide the assistance needed for turning the vehicle. Using this system, it is possible to smoothly and comfortably maneuver the vehicle, regardless of its size or weight. Today, this system has been upgraded a great deal, with the addition of numerous sensors that increase its accuracy and efficiency. A complete electric power assist steering system too has been developed, that comprises an on-board computer module to detect the magnitude and direction of the torque applied by the driver on the steering column, and accordingly use an electric motor to provide the needed steering assistance. 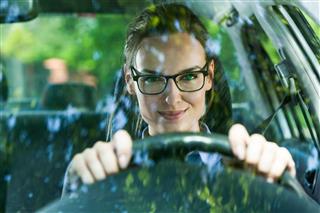 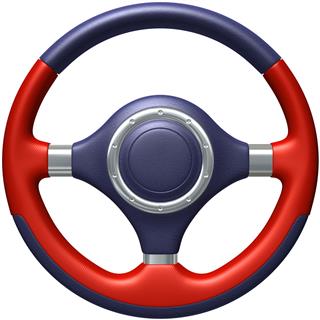 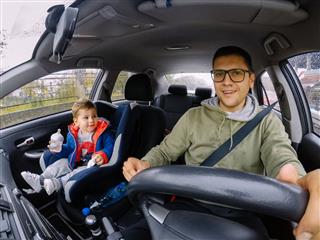 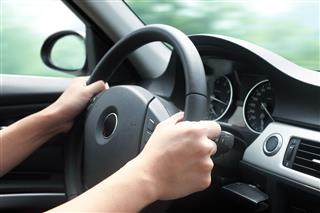 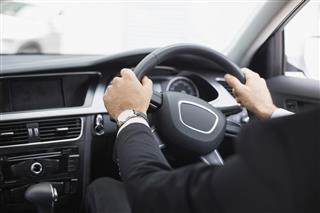 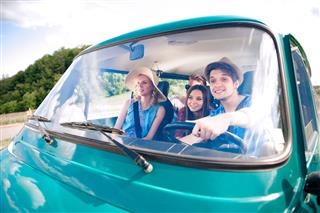 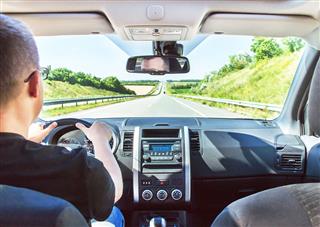 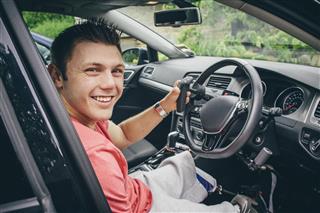 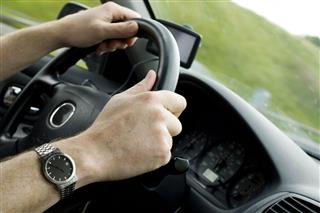