Probable Cause of Muffler Damage and its Estimated Repair Cost

Your vehicle's muffler needs repairing, and you are unsure of the next course of action. Well, fret not. This WheelZine article will tell you all about muffler repair and its cost.

Your vehicle’s muffler needs repairing, and you are unsure of the next course of action. Well, fret not. This WheelZine article will tell you all about muffler repair and its cost.

Importance of a Muffler

The cylinder of a vehicle’s engine produces a high level of noise due to the combustion of fuel. The job of the muffler is to tone down this noise, and this is done with energy obstructing baffles which bounce off the sound energy.

The muffler of a vehicle can malfunction due to many reasons, right from a broken strap, which may cost as little as $20 to replace, to the whole muffler itself, which can cost as high as $1000. But wait, it isn’t so straightforward. There can be other causes too, which need relevant fixes.

If you hear any noise coming from the exhaust system, first check to see if the muffler is properly attached to the exhaust. Sometimes, only the straps that hold it together might have broken. If this is not the case, then the muffler itself might have a problem. The oxygen sensor is an important part of the muffler. Information provided by the oxygen sensor is vital for the electronic controlling unit of the vehicle to maintain proper fuel-to-air ratio. Any change in this ratio affects the number of molecules of unburnt fuel in the exhaust, and ultimately affects the sound waves that are produced within the exhaust system, which the muffler is expected to neutralize. It is a good practice to replace the oxygen sensor after every 50,000 miles of running, since these sensors tend to lose accuracy as time passes by. Clogging of the muffler and rusting are also some common problems.

Problems with the muffler can lead to a lot of inconvenience as the car’s sound levels can exceed permissible levels.

Rusting is the worst problem not only with the muffler but also with the entire exhaust system. It is caused by moisture reacting with the metallic parts of the car. This problem gets enhanced by frequent short trips while driving, as the water vapor does not get enough time to move out of the exhaust, and it cools off to liquid state again, thereby rusting the metal. For those living in the coastal areas, the salt in the water can speed up the rust, causing negative reactions.

Before anything else, check your vehicle’s warranty, since mufflers are mostly covered under it. If you have a fair idea about car maintenance, then you can check out the muffler repair kits available in stores as well as on the Internet. Most of these kits come at a price of just around $30. These kits can help you repair a muffler with ease without the need of taking the car to a workshop. Some of the commonly used types of repair kits include – muffler bandage, flexible steel tubing, exhaust pipe, tail pipe sealer, tail pipe bandages, and muffler cement. Most of these are suitable for cars equipped with catalytic converters, the muffler bandage kit being the best for such cars. You can use it for a long duration without worrying about heat damage to the system. The cost of the muffler can range anywhere between $75 to around $1000, depending on the make and model of your car.

On the other hand, if you visit a workstation, the labor charges, taxes, and other miscellaneous charges can be more than double the total cost in the end. A mechanic may convince you to examine the car engine, the entire exhaust system, and some other related parts that may or may not be damaged. In such a case, you will need to pay much more, even if only your muffler is faulty and the other components are fine. The repair cost also varies according to the number of muffler parts that have been damaged. Although the construction and working of the muffler is fairly simple, in most cases, you may need to replace the entire muffler to solve even the smallest problem. With after-market parts and professional help, the total cost can be anywhere between $100 and $1000.

Note: The prices mentioned here are simply for guidance, and actual prices will vary according to the make and model of the vehicle, parts involved, warranty if any, and location of service.

Not only muffler-related issues, but one should not ignore any minor problem in a vehicle, because if left unresolved, it may spread to other parts of the car and end up damaging them too, eventually costing much more. 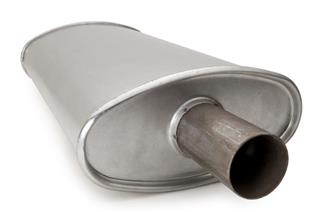 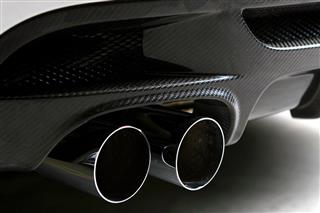 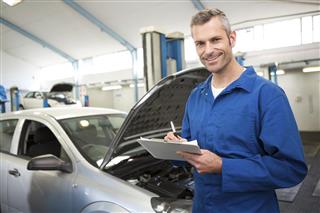