To a random person, a muscle car might be simply a huge, two-door, high-performance car; but it means much more to a person who's passionate about cars. American muscles are beasts, monsters who roar like no other car, and are very hefty and strong, that's the reason they are called 'muscle' cars. WheelZine provides a list of classic American muscle cars. Check them out!

To a random person, a muscle car might be simply a huge, two-door, high-performance car; but it means much more to a person who’s passionate about cars. American muscles are beasts, monsters who roar like no other car, and are very hefty and strong, that’s the reason they are called ‘muscle’ cars. WheelZine provides a list of classic American muscle cars. Check them out!

Daytona was a customized version of the Dodge Charger with major body transformations, meant specifically for the NASCAR. A recent sighting of this car can be seen in the movie ‘Fast and Furious 6’, driven by the protagonist Dominic Toretto (Vin Diesel).

The concept of muscle cars originates from the idea of taking a small car and installing an engine with a large displacement in it; it’s quite similar to the hot rods’ concept. Muscle cars originated in America, the first one to be created being the Oldsmobile Rocket 88. This car was made considering public interest for speedy and powerful cars; it was built out of a light Oldsmobile’s 76 Chevy body, and was fitted with a V8 high-compression engine.

Even though muscle cars emerged from America, Ford and Holden in Australia have also began producing such high-performance cars. Some common examples include, Ford Falcon, HSV W427 (Holden). Classic muscles have been a benchmark for the muscle car segment and would always be cherished and remembered.

Take a look at the pictures of some popular American muscle cars, along with a brief info of each.

The Chevrolet Camaro was manufactured by General Motors under the brand Chevrolet. It went on sale on September 29, 1966, and was launched in competition to the popular Ford Mustang, and Pontiac Firebird. The current Camaro is in its fifth generation, and has received a complete transformation in design and performance as compared to the older models.

Take a look at some of the most distinguished Camaros. 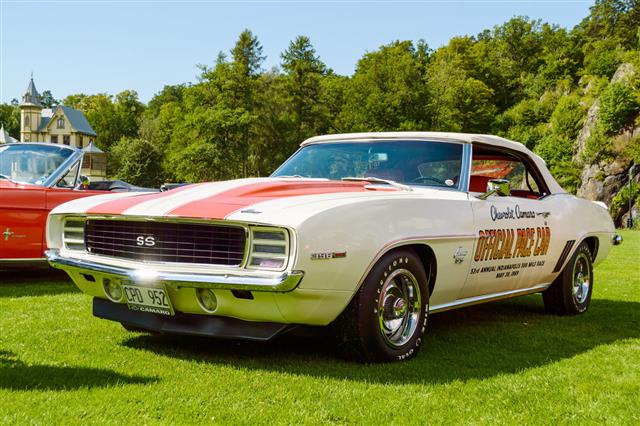 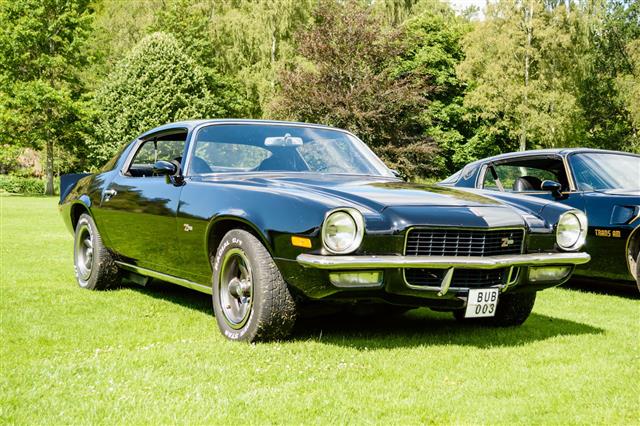 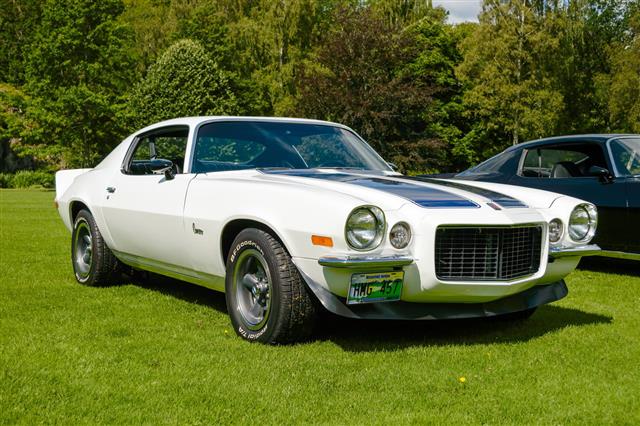 Currently in its sixth generation, the original Ford Mustang is an American 2-door coupe made solely with the intention to produce a tough and powerful muscle car. The Mustang (1965) won the Tiffany Gold Medal for excellence in American design, being the first ever automobile to do so.

Ladies and gentlemen, raise a toast for the remarkable Ford Mustang. 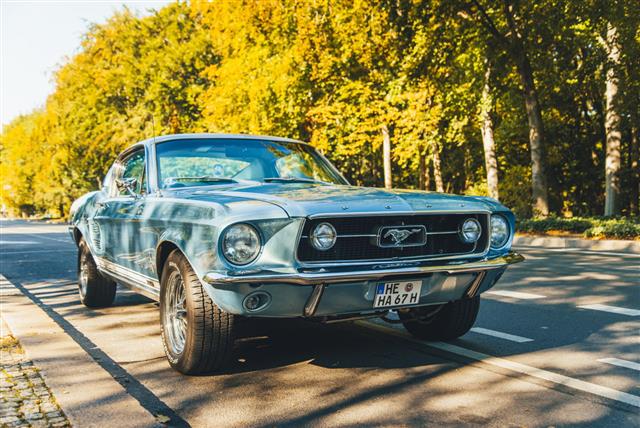 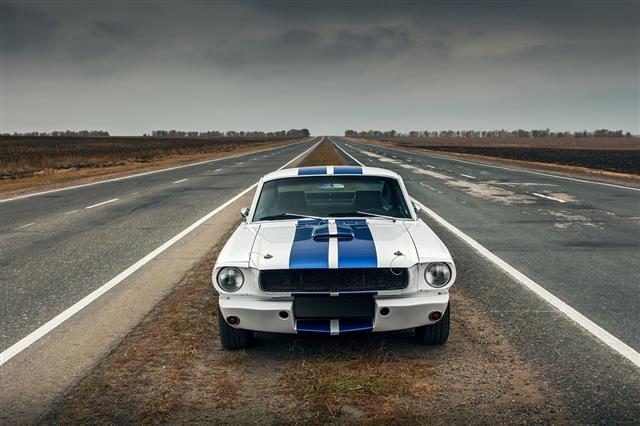 The Challenger begin its journey from 1958 when its first model, the ‘Dodge Silver Challenger’ was launched. The first generation cars were manufactured and marketed by the Dodge division of Chrysler , the second however was badge engineered by Mitsubishi Motors. The third and the current generation is being manufactured as well as marketed by Chrysler again.

Dodge has been loved so much over the years due to its exquisite design with a combination of top-class performance.

Another legend from General Motors (Pontiac division), the first Pontiac GTO rolled the streets in 1964. Priced at US$ 295, the GTO was equipped with a 325 bhp V8 engine, a four-barrel carburetor, and dual exhaust. The very first generation offered options of either a 6.4 L V8 or 6.6 L V8, with either ¾ speed manual transmission, or 2/3 speed automatic transmission. The GTO received major transformations in reference to its body type, and overall performance.

Being in its fourth generation, the new Pontiac GTO looks completely different from the classic versions, and has undergone a complete makeover. This is because, in 2004, the GTO was relaunched and badge engineered by Holden Monaro; hence is also called Holden Monaro or Vauxhall Monaro VXR.

Take a look at the classic hardcore Pontiac GTOs. 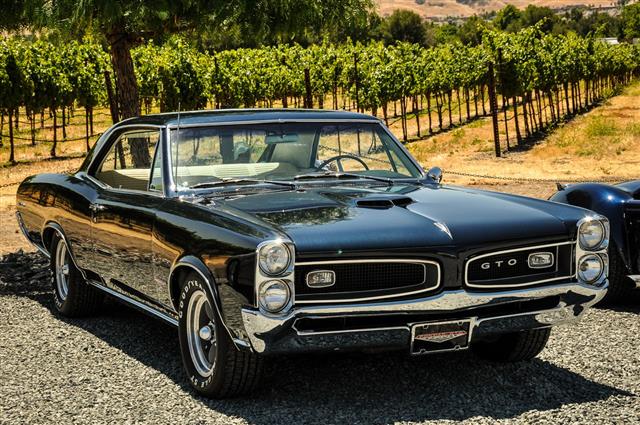 You won’t find the Barracuda look very different from the 70s Dodge Challenger, this is solely because the parent company for both the cars is common, however, the former is manufactured under the Plymouth division. Some of the later versions of this car have also been referred to as Hemi ‘Cuda due to the Hemisphere (shortened to Hemi) engines it featured.

The production of Barracuda stopped post 1974, and it remains as a collectible muscle car today. Check out the Plymouth Barracuda. 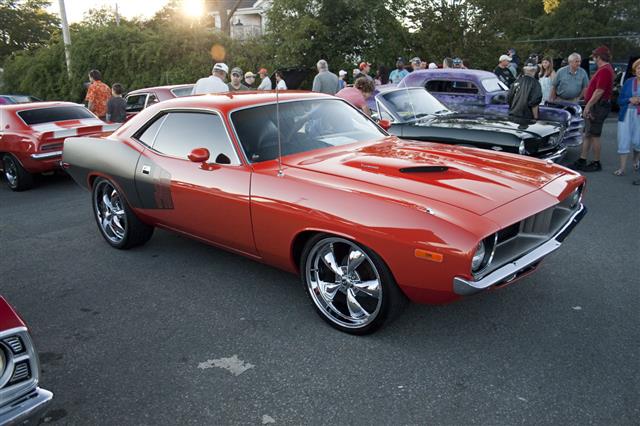 The true muscle of its time, the Hornet was manufactured and marketed by the Hudson Motor Car Company situated in Detroit, Michigan. Hudson manufactured the Hornet for only 7 years beginning from 1951 to 1957 which was split in two generations of the car. However, this seven year period proved to be a huge success for Hornet, especially due to its NASCAR winnings; it won a total of 27 NASCAR Grand National Races out of 34 in 1952, followed by 22 of 37 in ’53, and 17 of 37 in ’54.

The Hudson today is considered a true vintage, and marks some of the bare origins of the American muscle car segment. Take a look at the evergreen Hudson Hornet, and also the very first American muscle introduced above, the Oldsmobile Rocket 88.

The Ford Torino was manufactured by Ford Motor Company back in 1968. It was manufactured in North America for a total of 8 years, during which it received major transformations, especially the exterior and body style. The Torino was also customized as a NASCAR race car in 1968, and was driven by Dick Trickle.

The Ford Torino is a true collectible for the muscle car lover. It has received notable exposure due to the release of the film ‘Gran Torino’ in 2008, and the film ‘Fast and Furious’ in 2009. 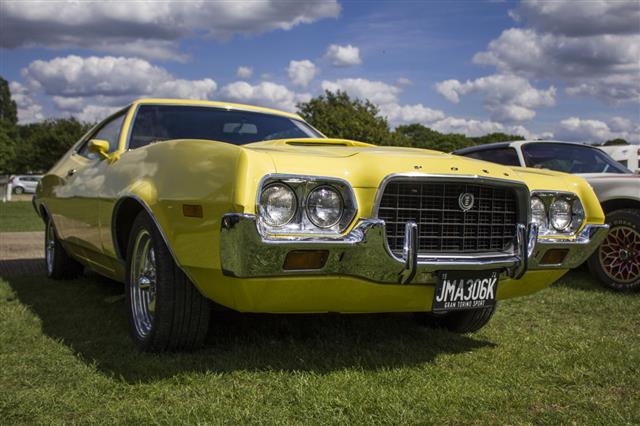 Being one of Dodge’s best cars, the Charger is the most popular and largely manufactured car of the lot. The Charger was first manufactured in 1966 by the Dodge division of Chrysler; its first edition showed a low sales record, however after its redesigning in 1968, it received great response. Throughout its seven generations, the Charger has received major redesigns and transformations. The versions from 1987 to 2015 look completely different from the original Charger design.

The classic Dodge Charger has received recent exposure due to its appearances in some films from the Fast and Furious series, especially as Dominic Toretto’s (Vin Diesel) car. 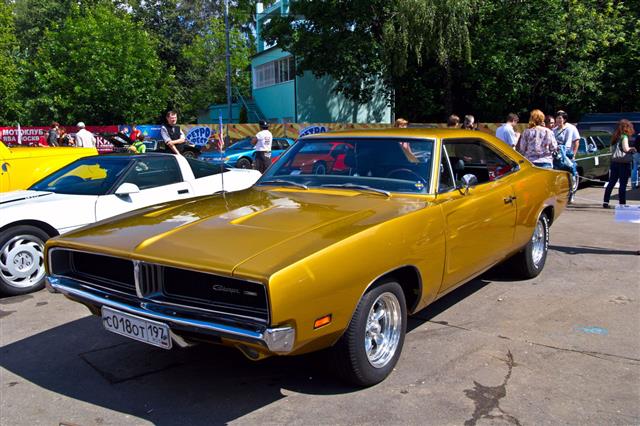 Although the earlier models of the Firebird looked like a typical muscle car, its looks got even better with every additional version. Some of the recent versions bear an awesome sports car look. The Pontiac division of General Motors stopped production in 2002 after which the car has become one of the cherished ancestors in the segment.

The Pontiac variants have been split into a total of four generations beginning from 1967 to 2002. The Firebird was launched in succession to Chevrolet’s Camaro and had a similar body design as the former. Take a look at the Firebird. 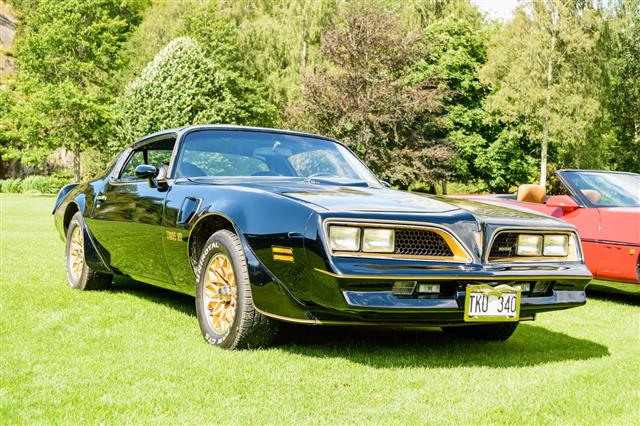 The Chevelle was introduced in 1964 to compete with Ford Torino/Fairlane. Chevelle, till date is counted as one of Chevrolet’s most successful cars. The company stopped production in 1977 after which, the Chevelle stands as one of the major benchmarks in muscle cars. Chevelle was launched as a hardcore 2-door muscle car in addition to other variants including 4-doors, station wagons, and convertibles. Chevrolet’s El Camino succeeded the Chevelle model lineup. A picture of the El Camino too is provided below. 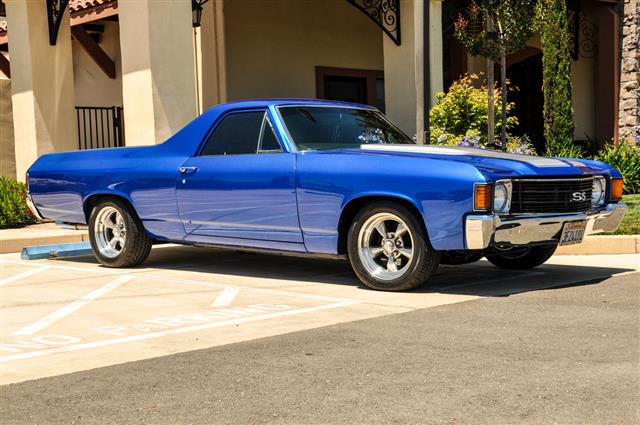 The last of the lot, the Buick Skylark was designed and manufactured by the Buick division of General Motors. The production began in 1953 and continued for 46 years between which, the design as well as many other performance features went several major transformations to meet the drastic change in technology, standards, and trends.

The later versions of the Skylark resembled more of compact sedans. The production of V8 powered cars was stopped post 1979, the best out of which was the Skylark Gran Sport. Check out the Buick Skylark. 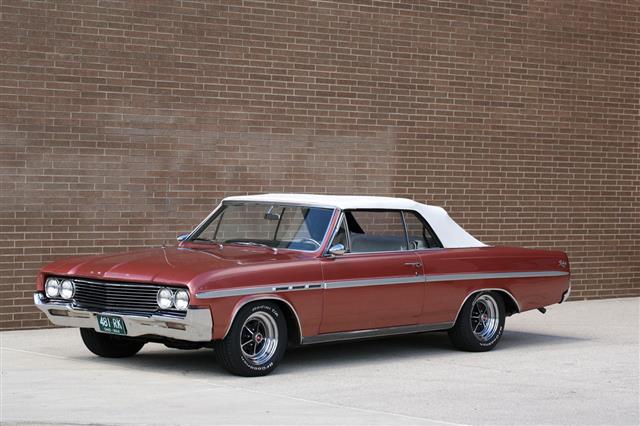 In case you’re a muscle car fan, you can consider buying a good classic. They are really worth a fortune, and you would never regret buying one. Also, strike a vote for the muscle car brand you love the most. If you admire any other brand or car, do not hesitate to tell us via the comments section below.