With so many car manufacturers in the market, each with a decent number of models to offer, it is not surprising that we are spoiled for choice. In such circumstances, the basic knowledge about the different types of cars can help us make the right choice.

With so many car manufacturers in the market, each with a decent number of models to offer, it is not surprising that we are spoiled for choice. In such circumstances, the basic knowledge about the different types of cars can help us make the right choice. 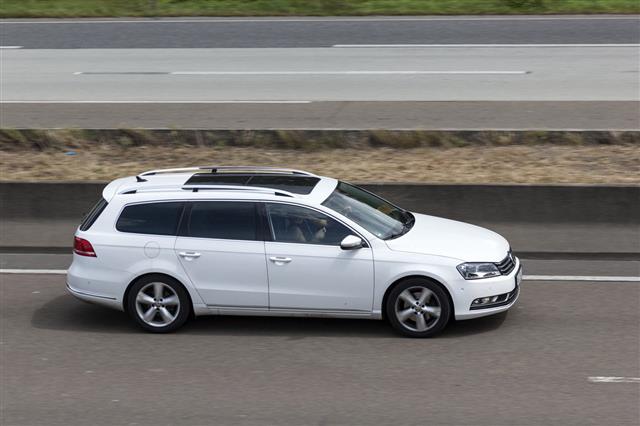 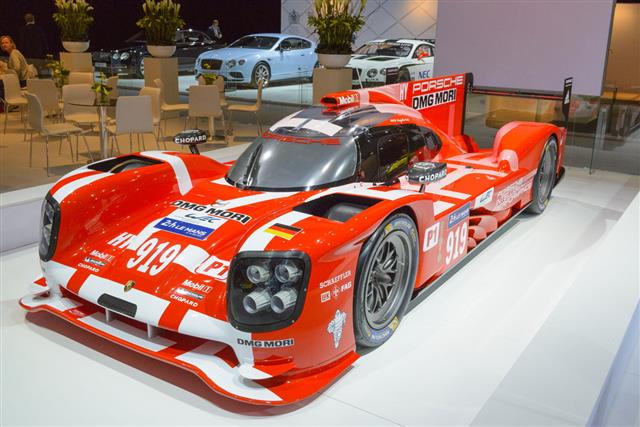 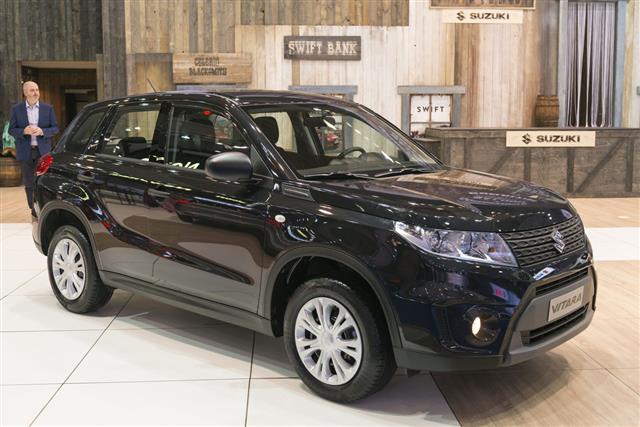 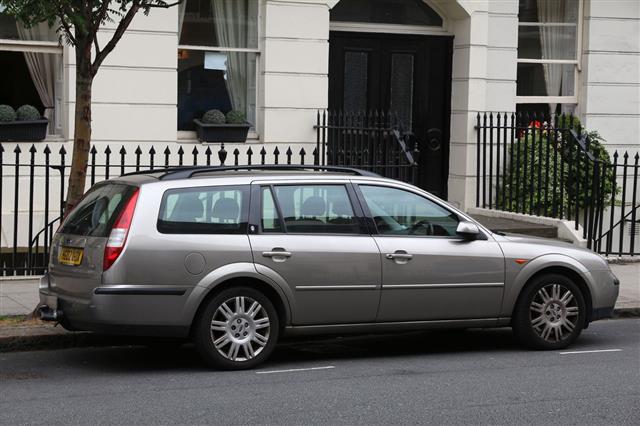 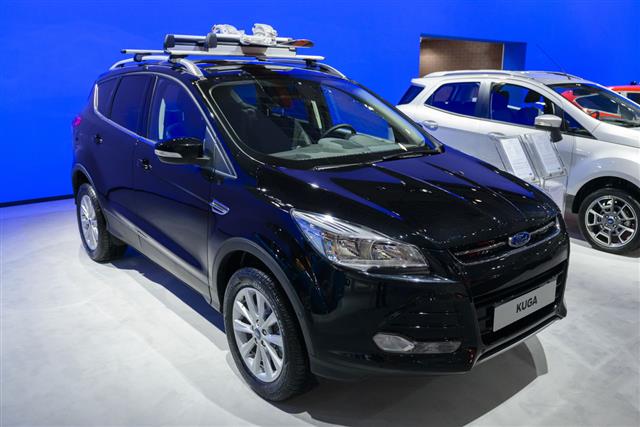 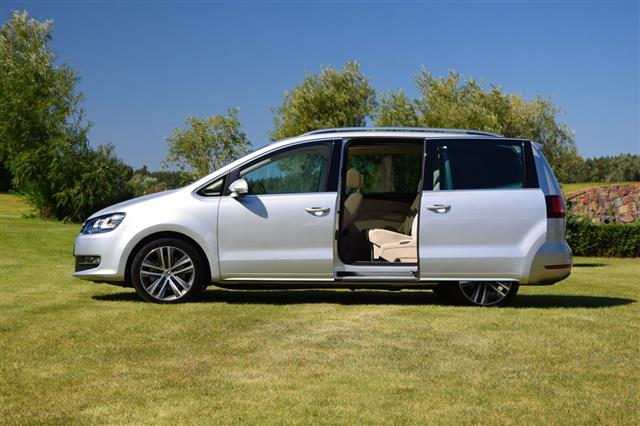 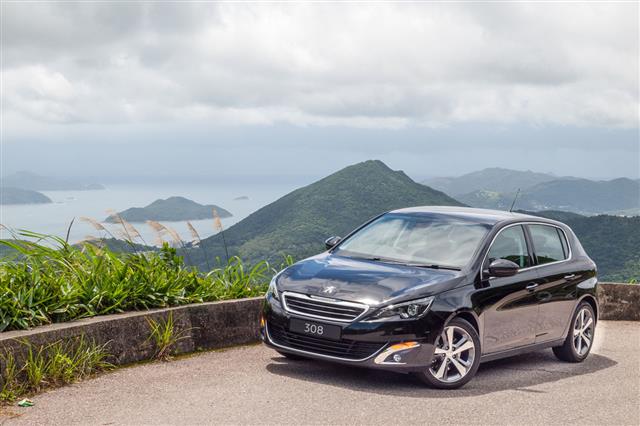 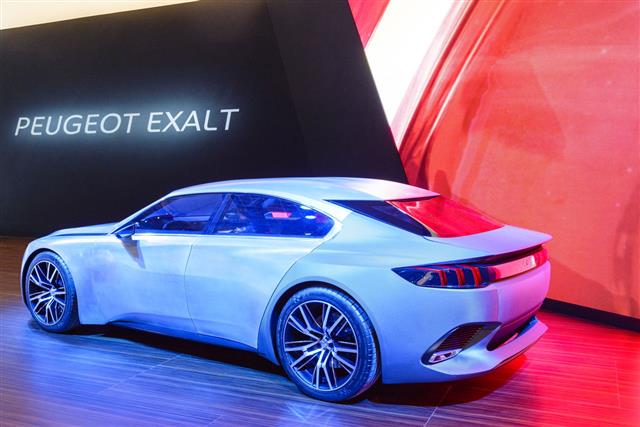 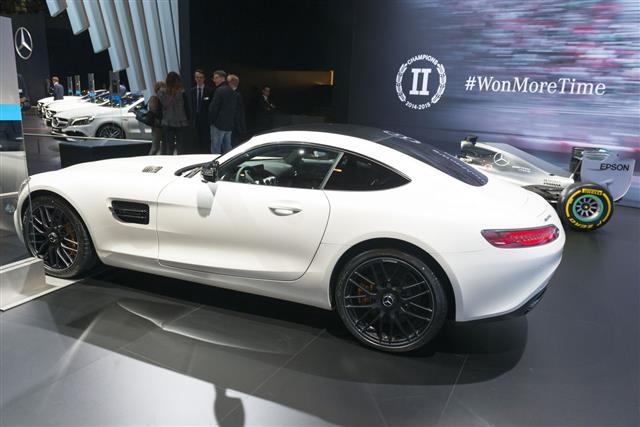 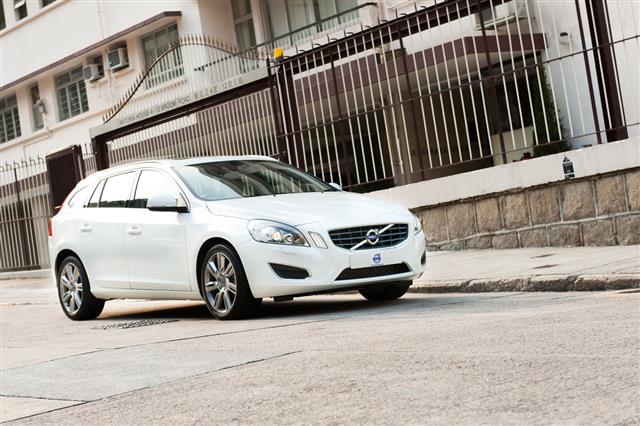 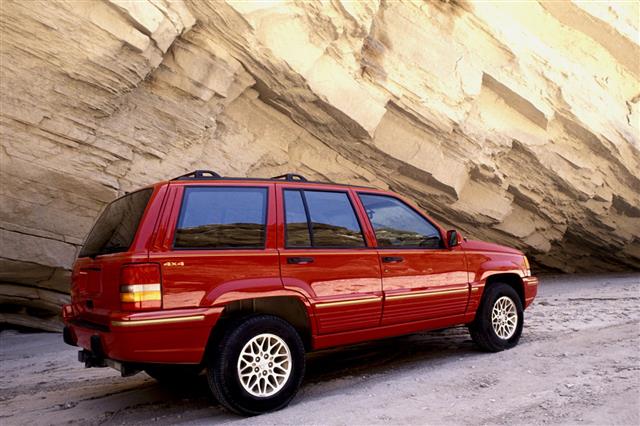 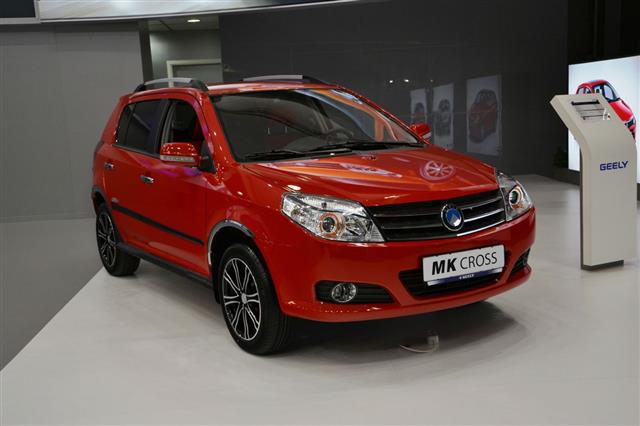 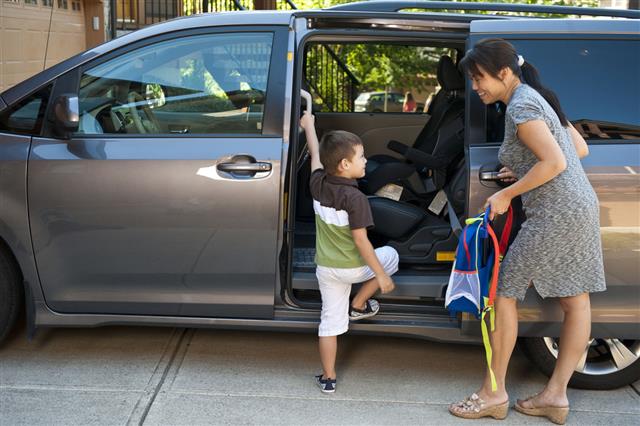 Since the invention of the first steam powered car in 1672, cars or automobiles have come a long way to become an integral part of our lives. A closer look at the history of cars puts forth a rough picture on how these machines just got better with time to reach where they stand today. In contrast to the early models, which clocked a speed of 10 mph or so, the super-fast cars available today boast of an average speed in the range of 150-200 mph. Speed is not the only attribute which has undergone change for better; development is seen on all the fronts – and that, in turn, helps us in classification of cars in different categories or types.

The last decade alone marked the introduction of several new car models – each having something unique of its own. The latest addition in the auto industry comes in form of hybrid cars, i.e. the cars which are powered by two different sources – one of which is green, environment friendly source of power and other the regular gasoline or diesel. There also exists the ‘concept’ of ‘concept cars’ – prototype vehicles made to give a glimpse of the future of automobile world.

Over the years, these machines have just got better, and that is something which is expected to continue with time. The integration of the prominent features of two different car types is also a relatively new concept – and examples like sports sedan – a sedan which has the look and feel of a sports car, look more than promising.

The term ‘car’, in its broadest sense, is defined as a vehicle which is used predominantly for the purpose of passenger transportation. Basically, cars can be categorized into various types on the basis of their shape, size, mechanical specifications, performance, etc. However, it is very difficult to come up with one specific formula and classify all the existing cars on the basis of it.

Like we said earlier, overlapping features make it difficult to tag a car in a single category. A particular car model can be categorized as a sports car as well as a convertible; the Audi R8 Spyder is by far the best example of this. There also exist cars which share the features of SUVs and station wagons in varying degrees, and are referred to as crossover utility vehicles or CUVs.

With a perfect classification of cars virtually impossible, the next best thing is to opt for a generic classification and make a list of the most popular types of passenger cars. A generic list does serve the purpose as it makes it easier for the consumer to decide which of these car types he would like to opt for. The examples of some of the most popular car types to be seen on the streets nowadays, given below will help you get a better understanding of the same.

The retracted roof is folded and placed inside or over the trunk of the vehicle. Some convertibles require manual folding of the roof, while others facilitate automatic retraction – most of the modern convertibles fall in the latter category. At times, detaching the roof can be a tedious task, and buying a power-assisted variant can save you a great deal of trouble.

Although most of the convertibles are two-seater and feature two doors, four-seater convertibles with two or four doors are also available. Some of the popular convertibles that we get to see on the streets today are the Ford Mustang, Volkswagen New Beetle, Dodge Avenger, Mitsubishi Eclipse Spyder, Pontiac Sunfire, etc.

Coupes are small two-door two-seater cars, at times four-seater, with a roof which is typically inclined towards the rear. The unique design of a four-seater coupe – and its relatively cramped interior with the distance between the front and rear seats reduced drastically, makes it appear and feel like a shortened version of a sedan type.

A two-seater coupe, on the other hand, looks as good as a sports car – though it doesn’t necessarily feel like one. You are likely experience the issue of cramping in four-seater coupe – especially when you occupy the rear seat.

Hatchbacks are cars which incorporate the passenger space with cargo space in such a manner that you get to tuck all your luggage inside through the large-hinged door which opens upwards and gives access to cargo space from the tailgate. These cars are usually described as three-door or five-door hatchbacks, due to the presence of an extra door to access the cargo space.

The cargo space of these medium-sized cars is accessible from the rear seat, as opposed to the separate trunk in sedans. In terms of size, hatchbacks range from subcompact cars to mid-size cars; and that comes as a boon for these vehicles as it is convenient to use them in city traffic.

Some of the most popular hatchback models seen on the road nowadays include names like the Audi S3, Geo Metro, Dodge Caliber, Mini Cooper, Chevrolet Aveo, Lexus CT 200h, etc.

Minivans are mid-sized cars, taller than the sedans or hatchbacks, which are best known for their spacious interiors. These cars are also referred to as multipurpose vehicles (MPV) or multi-utility vehicles (MUVs) as they are used for passenger as well as cargo transportation.

In some minivan models, the seats can be folded to convert the passenger car into a utility vehicle. While most of these cars are front wheel drives, four wheel drive minivans are not really rare. Yet another peculiar feature that you get to see in most of the minivans is a sliding door which makes the task of loading cargo a whole lot convenient.

Sedans range from mid-sized to large models, and typically feature two rows of seats with ample space unlike the coupe type. While two teenagers sitting on the rear seat of a coupe will feel a bit cramped up, two adults can take the rear seat of a sedan without having any such feeling – and that makes these cars ideal for families.

Sedans, especially the large models, are equipped with a powerful engine and sport plush, spacious interiors. While their relatively large size can make their use in cities a bit difficult, the same does enhance their safety features. Sedans are by far the most common cars, and are further categorized into luxury sedans – with plush interiors which redefine the concept of luxurious ride, and sports sedans – which look and feel sporty due to its tweaked design and powerful engine.

Their prominent features include a muscular engine, sleek looks based on the laws of aerodynamics, amazing maneuverability, limited seating capacity and lack of cargo space – the last two features makes them light and adds to their power. Even though these cars look and feel a lot like a luxury coupe or a muscle car, they should not be confused with either of the two.

Sports cars are no doubt expensive, but these cars are meant for people who don’t like to compromise on power and looks. A sports car from a renowned manufacturer – with the ability to clock 200 mph or accelerate from 0-60 in less than 7 seconds, is bound to come with a price tag in excess of $400,000.

Sport-utility vehicles – or SUVs that they are often referred to as, are vehicles designed for driving on regular roads as well as off-road terrain. In some countries, SUVs are also referred to as the off road vehicles. The prominent features of SUVs include exceptional ground clearance, four-wheel drive and rugged styling. Not all four-wheel drive vehicles qualify as SUVs though, as this feature is also seen in other types of vehicles nowadays.

While an SUV and a station wagon may seem identical, the fact that the latter is built on a light-weight chassis differentiates the two. Sport-utility vehicles are further categorized into three different types compact SUVs, midsize SUVs and full size SUVs. Though versatile, these vehicles can cost you a fortune when it comes to ownership and maintenance.

Some SUV models which have become popular with time are:

Station wagons are passenger vehicles featuring a relatively long roof and an ample cargo area in the rear. Though the cargo space in these vehicles is less compared to that of minivans, one can’t ignore the fact that it has passenger space which is at par with a sedan.

The five-door vehicle – with the fifth door at the rear giving access to the cargo area, also features a tailgate opening which ensures easy loading and unloading of cargo. Though the concept is similar to that of a hatchback, the two car types differ from each other – especially in terms of size.

The popularity of station wagons has gone down of late, mainly due to the emergence of sport-utility vehicles and other small cars – both categories banking on a specific characteristic trait.

Some station wagons which are seen on roads now include models like the Honda Accord wagon, Nissan Avenir, Volvo 245DL Wagon, etc.

If coming up with a concrete classification of different types of cars is difficult – because of overlapping features, finding out which is the best model in each of these categories is even more intriguing. Depending on your requirement, you should ideally choose a car that suits your needs the best. A coupe might be ideal for a couple, but you will have to give it a serious thought if you are a family of four. Each type has its own pros and cons; one to take these pros and cons into consideration before opting for the same. 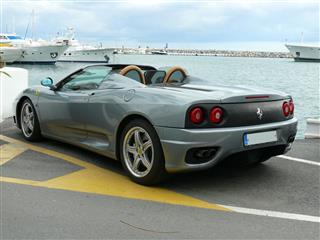 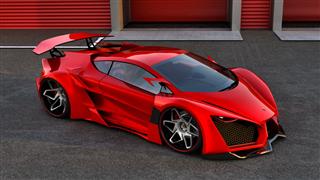 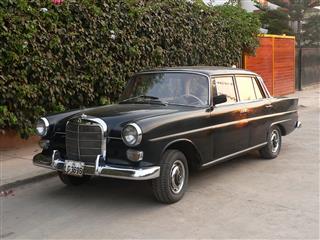 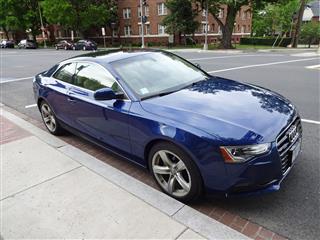 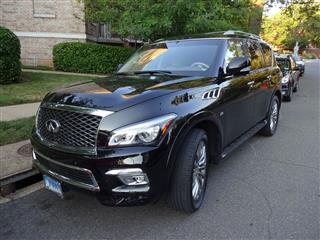 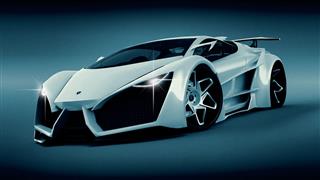 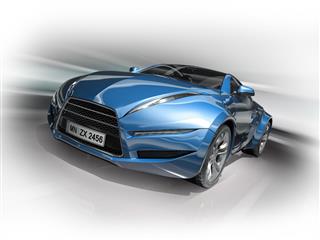 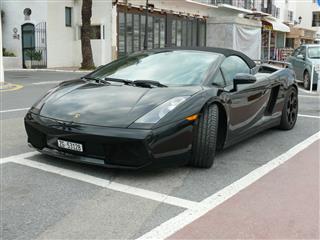 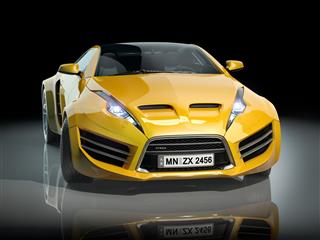 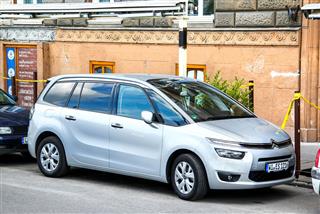