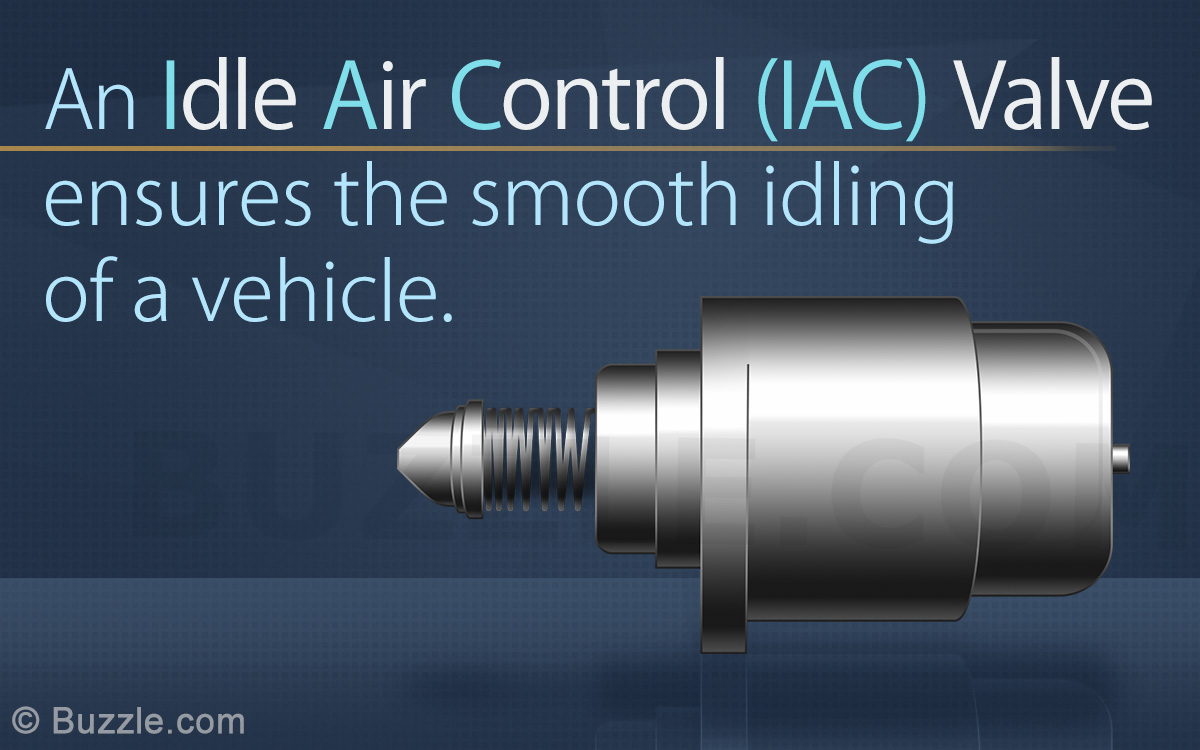 What is an IAC?

An idle air control (IAC) valve regulates the amount of air flowing to the engine, when the engine is idling.

Having the right idling speed of an engine is vital to the economy and safety of the parts of the engine. While starting the car, a cold engine will require more air to idle smoothly. Also, when you step on the gas and then let off, the air supply to the engine ceases. But to ensure that the engine doesn’t jerk to a halt, a little air has to be supplied to the engine. From the above mentioned instances, it is clear that regulating air supply is vital for the smooth running of the engine. At the same time, the amount of air that enters your car’s engine should be kept under check, else the engine will have more air than fuel (hypothetical though!) This is where the idle air control (IAC) valve enters the picture. Now, let’s take a closer look at the purpose of idle air control valve, in this WheelZine write-up.

The idle air control valve is controlled by the Engine Control Module (ECM). The ECM is the monitoring module (or computer of the car) that keeps a check on the engine idle speed. The ECM uses the IAC valve to control the amount of air that is allowed to bypass the throttle intake plate, so as to keep the engine idle speed constant.

Now that we have seen the working of this valve, let us take a look at the benefits of having an IAC valve in our vehicles.

Ideally, your vehicle’s engine RPM should be minimum while idling. However, consider this scenario at higher altitudes. The density of air at such places is less and under normal idling settings, there are chances that your car engine will die down and might face restarting issues, due to the lesser amount of air flowing to the engine. Under such conditions, the ECM adjusts the IAC valve in such a manner that more air flows through it, and the engine idles smoothly.

Another advantage of the IAC valve is called throttle following, which is needed when you floor the car and suddenly close the throttle valve. The IAC valve, in such situations, temporarily opens up to allow some air to pass so as to compensate the sudden drop in air and allows the engine to decelerate gradually.

If the sensor in the IAC valve detects a drop in the idling engine RPM, it opens up and allows air to pass, thereby increasing the RPM. Thus, preventing the engine from stalling, and keeping the engine warm and running.