What is a Tachometer?

One of the most vital components of a vehicle is its engine, and a vital part of the engine is a tachometer. What is this device exactly? Let's see...

Home / Uncategorized / What is a Tachometer?

One of the most vital components of a vehicle is its engine, and a vital part of the engine is a tachometer. What is this device exactly? Let’s see…

A tachometer is used to monitor the function of a car’s engine. To define it in simple terms, it is an appliance or an instrument that is used to measure the speed of a rotating device. In other words, this instrument works to calculate the rotations per minute (RPM) factor. The most common use of this device is to determine the speed of a rotating shaft being driven by an engine. Large trucks, sports cars, ships, etc., use this function of the machine. Analog tachometers consist of a needle that shows the current reading, and have markings for safe and dangerous levels. Nowadays, a tachometer on a car comes in a digital form. Here, the output is presented in a direct numerical value.

DC stands for direct current. The device is nothing but a permanent-magnet generator. The output of this device is 2 to 10 volts per 1,000 revolutions/minute. For indicating the speed, a voltmeter having a high resistant value is built with calibration in revolutions per minute.

AC is short for alternating current. A revolving permanent-magnetic field and a stationary winding are the elements required for constructing this type of a device. The voltage output and frequency that is generated here stays in proportion to the speed of rotation.

No, it is not a device of someone known as ‘Eddy’. The current that is generated in a conductor which lies in proximity of a varying magnetic field is known as eddy-current. Based on this principle, the eddy-current tachometer finds extensive applications in the speedometers of automobiles and for measuring the speed of an aircraft.

This uses a combination of electric generator and indicator. Now, the generator could be a DC and the indicator could also be a DC, while an AC indicator and an AC generator are also possible.

The tachometer gauge can be used in many different ways. In one method, the engine driver shaft is connected to a small generator. Now, the current that would be generated by this device is scaled to the RPM measurement. In another way, the measurement can be taken by determining the rate at which the ignition system sends spark(s) to the system.

Primitive types of tachometers had to maintain physical contact with the device that was being measured. However, these devices did not provide any help in appliances where this kind of physical contact was not permissible. For such cases, experts made use of laser technology. With this, measurements could be taken from a distance. What the device does in such a case is, it throws a sharp beam of light at the rotating device, which would be built with a reflective element or a reflective spot. Once the beam strikes this spot, it gets reflected, and the tachometer measures the rate of reflection. Such kinds of devices can be made a permanent part of an appliance, or it may also be used occasionally by making it a hand-held device. In recent times, tachometers on watches have also gained popularity.

Most people may assume that the use of a tachometer is limited to vehicles and its likes. However, this is not true, it finds an appreciable place even in the field of medicine. In medicine, for certain heart diseases, doctors are required to monitor the rate at which blood flows in the arteries. For this, they implant a small device in the artery or vein. This device mimics the working of a turbine. So using the speed of this turbine, doctors, with the help of a tachometer, measure the rate at which the blood flows. 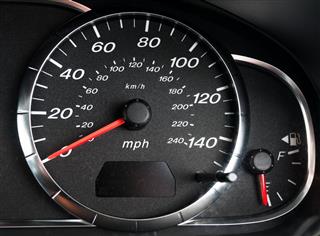 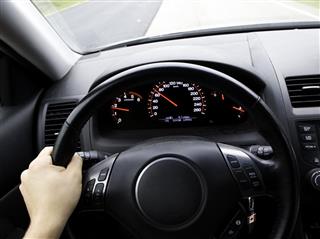