Why is Carpooling Good for the Environment

Carpooling was one of the strategies that the US employed during several periods of crisis, including the gasoline ration during World War II, the oil crisis of 1973, and the energy crisis (or second oil crisis) of 1979. Carpooling greatly enabled the US to cope up with difficult times. Besides the history involved, commuters are advised to carpool on account of the environmental benefits of carpooling.

Home / Uncategorized / Why is Carpooling Good for the Environment 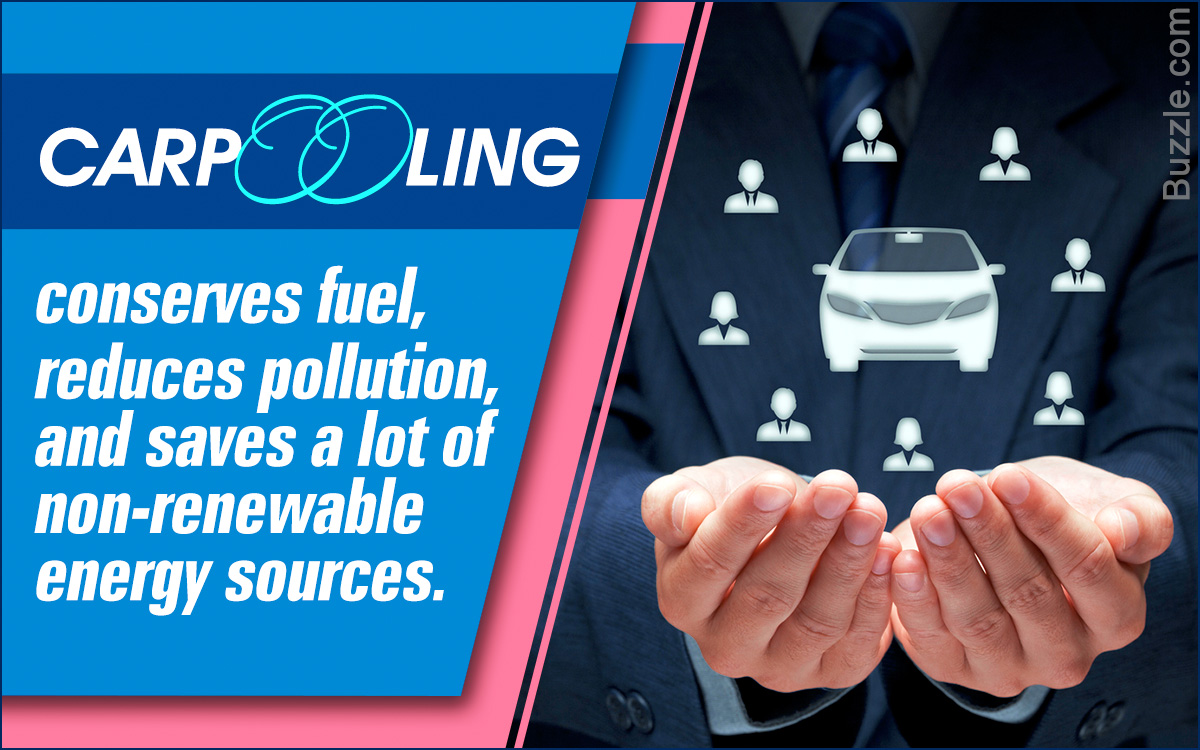 Carpooling was one of the strategies that the US employed during several periods of crisis, including the gasoline ration during World War II, the oil crisis of 1973, and the energy crisis (or second oil crisis) of 1979. Carpooling greatly enabled the US to cope up with difficult times. Besides the history involved, commuters are advised to carpool on account of the environmental benefits of carpooling.

According to statistics published on The Rideshare Company website (one of the leading carpooling websites), the average American spends over 430 hours driving every year (that is, around 18 days). In a single year, a passenger car emits around 10,000 pounds of carbon dioxide, 600 pounds of carbon monoxide and consumes around 550 gallons of gasoline. But wait, this is only about a single passenger car.

The average American household consumes over 1100 gallons of gasoline annually! Quite scary, isn’t it? To add to this, everyday there are fewer numbers of trees being planted and more numbers being cut down. Don’t you think it is time we all did something about the situation? Carpooling could be your step towards doing something for the environment.

Carpooling is the practice of more than one passenger traveling in a single car. Several facts about carpooling make it a reasonable and practical way to travel. You can carpool on an ad hoc basis. Many roads have designated carpool locations where people can join in. You can even get together with some employees in your company and start your own carpooling. This works especially well for those who take the same route to work. Carpooling need not be for the entire length of the journey. Many people even offer to drop off people on their way to their destination.

These days carpooling can also be organized online. Many websites offer carpooling facilities for people traveling along a common route. You can join these website for free. The website then asks you to specify your starting point and your final destination. You can then browse from different carpooling routes to reach your destination. Usually the name and contact details of a person are given along with the carpooling route. You simply call up the person and fix a pick up that is suitable for you.

Carpooling is Good for the Environment

In terms of total energy consumption in 2010, the United States ranked 2nd in the world. As far as members of the Organization for Economic Co-operation and Development (OECD) are concerned, the US is the largest consumer of energy in terms of transportation energy. A major chunk of this transportation energy is consumed by privately owned vehicles that run on gasoline. Gasoline is essentially a non-renewable source of energy. Going at the current rate, not only the US but many countries all over the world may soon suffer from a gasoline crisis.

Carpooling, though it seems to be too small a step, will help conserve non-renewable energy sources like gasoline, diesel etc. Take this arbitrary example – four people travel from A to B everyday. It takes them about a quarter gallon of gasoline per head to travel from A to B everyday; that is around 5.5 gallons of gasoline per head per month, or 22 gallons of gasoline per month, or around 250 gallons a year. However, if the four people opted for carpooling, they would consume only a fourth of the total amount of gasoline; that is only around 60 gallons a year! Do you see the difference? You can save a lot of fuel by carpooling, and that is surely a good thing for the environment.

However, it is not enough to simply use less fuel. It is also equally important to optimize fuel usage. Carpooling also means efficient consumption of fuel. Whether there is a single person in the car, or four, the car will require the same amount of gas to go from place A to B. So why not use it efficiently? If the same one gallon of gasoline can help four people reach work on time, then why not? Making a group errand to the mall or supermarket can also help you save a lot of fuel.

Carpooling means more people in a single car, means less number of individual cars on the road; and what does that lead to? Less pollution! Less air pollution, less noise pollution, less carbon emission, less greenhouse gas emission. Carpooling is a direct step towards a cleaner and greener environment. We can block out sound and hence prevent noise pollution from affecting us. We can purify the water we drink and hence escape from the effects of water pollution. But we cannot control the air we breathe. Air pollution, in this sense, is one of the deadliest forms of pollution. Why not do your bit to reduce it?

Efficient Use of Land

Confused? Let me help you. Have you noticed the amount of space that is taken up by parking lots around your city? Every new building that is erected requires a new parking space. Can you imagine how difficult it is to plan this on paper before you begin with the construction of a building? Suppose you plan to open a new mall in your city. Now, you do not know how popular your mall is going to be. You have no idea how many people are actually going to turn up at your mall. But you still have to plan for parking space for the customers. It is quite difficult to do this. A lot of land-space is taken up by parking lots. This could be avoided by carpooling.

Carpooling is Good for You Too

Apart from the environmental benefits of carpooling, here are some personal benefits –

I guess those are enough reasons for carpooling. As a final argument for carpooling, here is an interesting statistical observation: did you know that if every passenger car in the US carried just one additional commuter for a single day, the US could save over 30 million gallons of gasoline in a single day? By the way, that is just one additional commuter, and just one day. In a week, the US could save more than 210 million gallons of fuel! Imagine if every car carried its full capacity of commuters every day, for a year! Come, let’s start a revolution.