A Look at the Difference Between Exhaust Manifolds and Headers 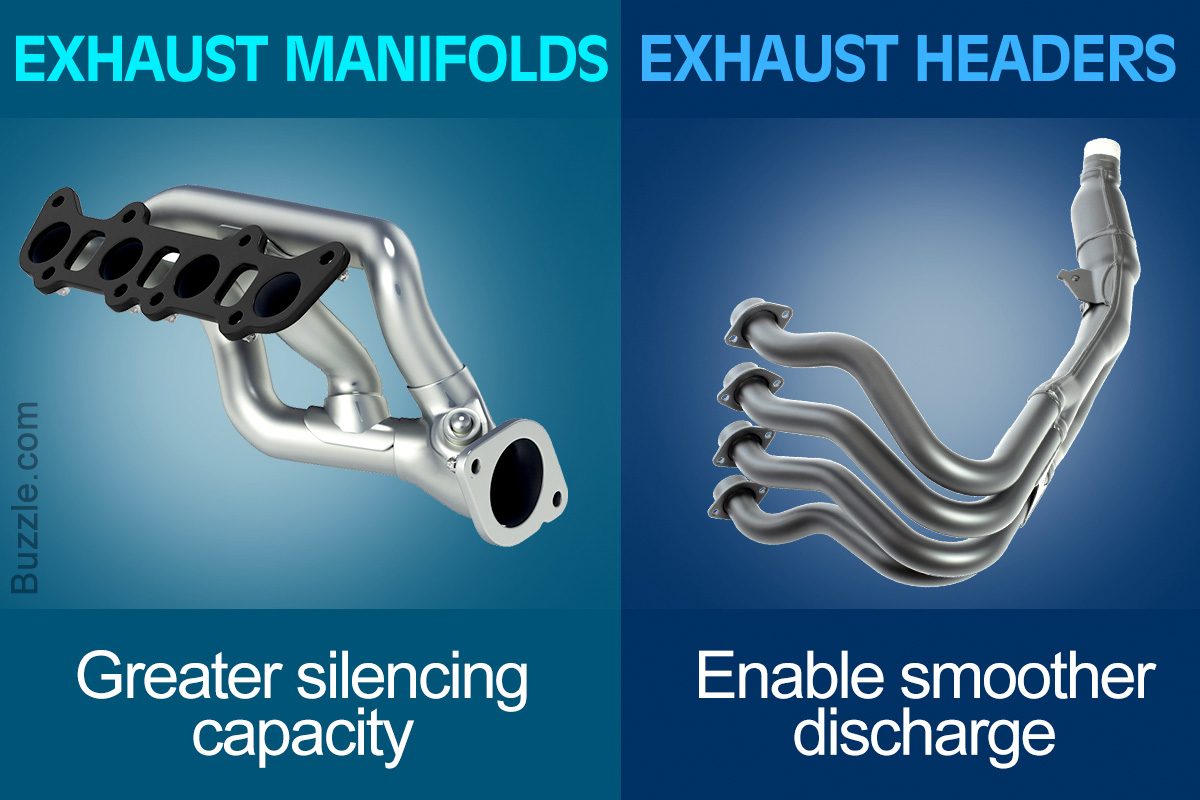 Copper gaskets are used in manifolds as well as headers to make them airtight and avoid exhaust noise and gas leakage.

Any and every car engine has majorly two types of valves. One supplies fuel to it, and the other channels the smoke from the burnt fuel to the vehicle’s exhaust system. Most exhaust systems consist of a manifold or header, a catalytic converter, a silencing central section, a muffler, and a tailpipe.

Each of these parts is either meant to reduce the discharge of harmful pollutants, or to reduce the noise generated by the engine. To understand manifolds and headers, it’s essential to understand briefly, the functioning of an engine’s exhaust system.

Further explained is a manifold/header’s role in the exhaust process, and a detailed comparison between the two. Check it out!

Working of an Engine’s Exhaust System

Let’s take the example of a four-cylinder, four-stroke gasoline engine to make things easier. A four-stroke engine uses four strokes to complete one cycle of combustion of fuel. Each stroke performs a function, the first one is for intake, the next is for compression, then combustion, and the last one is for exhaust. In the last stroke, the engine rids residual gases generated due to the combustion of fuel via an outlet valve designed to channel them to the vehicle’s exhaust system.

Each cylinder head is connected to a separate pipe, protruding from the exhaust manifold or header. The resulting gases are channelized into the vehicle’s exhaust through either the manifold or the header. The gases are collected in a common pipe connected to the manifold or header and are further directed to the catalytic converter, which is designed to reduce or neutralize harmful, polluting gases. Once the harmful gases have been taken care of, the filtered exhaust gases travel through the resonator; a resonator performs the job of reducing the noise produced by the engine. The gases are then directed to the muffler, and released through the tailpipe.

This is how the exhaust system of an engine functions. Now, let’s do an exhaust manifold vs exhaust header comparison, and analyze the functions of each.

Difference between Exhaust Manifolds and Headers

Both exhaust manifolds and headers carry out the same function―channelizing residual gases from cylinder heads to a vehicle’s exhaust system. However, both possess certain differences that affect performance largely.

An exhaust manifold is in most cases, a stock part drafted out of solid cast-iron. This is what makes manifolds sturdy and durable. On the other hand, exhaust headers are aftermarket parts comprising individual steel tubes for each cylinder and a collector pipe.

Exhaust manifolds being made out of thick cast-iron are effective in absorbing heat, which proves effective to reduce emissions and avoid heat leaks. Secondly, manifolds being densely solid, have immense silencing and noise-reduction capacities.

Although a manifold’s thick and solid structure has benefits, it also possess some disadvantages. Being highly dense, the tubes’ insides are constricted and provide less space for the gases to pass through; this creates back pressure, which slows down the exhaust clearance process. As the exhaust gases stay in for a longer time, the engine’s performance deteriorates; this is because the engine constantly needs fresh air and fuel.

Headers do solve the flaws projected by manifolds; however, they too have their share of cons. Headers, as mentioned earlier, comprise four individual tubes that are connected to each of the four cylinders, respectively. All tubes are equal in length and channelize gases from each cylinder separately to a collector pipe, which helps to prevent back pressure. Their stainless steel framework keeps the insides smooth, thus aiding the easy flow and ultimately, quicker release of exhaust gases.

Headers need to be combined with suitable components for them to function efficiently. For instance, if the collector pipe is constricted, it might give rise to back pressure which destroys the purpose of headers altogether. Another major disadvantage of a header is that it’s walls being thin do not absorb noise as efficiently as manifolds, thus lowering its silencing capacity. However, some actually intend to increase the engine noise, hence lesser silencing capacity can actually be a pro for some.

In case you wish to boost the performance of your car, upgrading your exhaust is one of the necessary steps involved. Make sure that you install good quality headers, collector pipe, muffler, and tailpipe/s. You could also consider transforming a mono-exhaust to a dual-exhaust to further enhance the exhaust system. 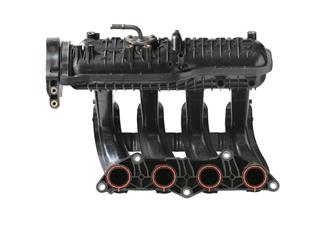 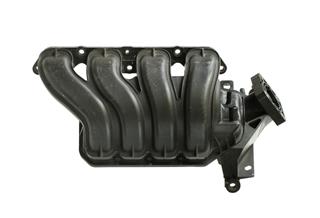