What is a Neutral Safety Switch and How to Test and Replace It?

Home / Uncategorized / What is a Neutral Safety Switch and How to Test and Replace It? 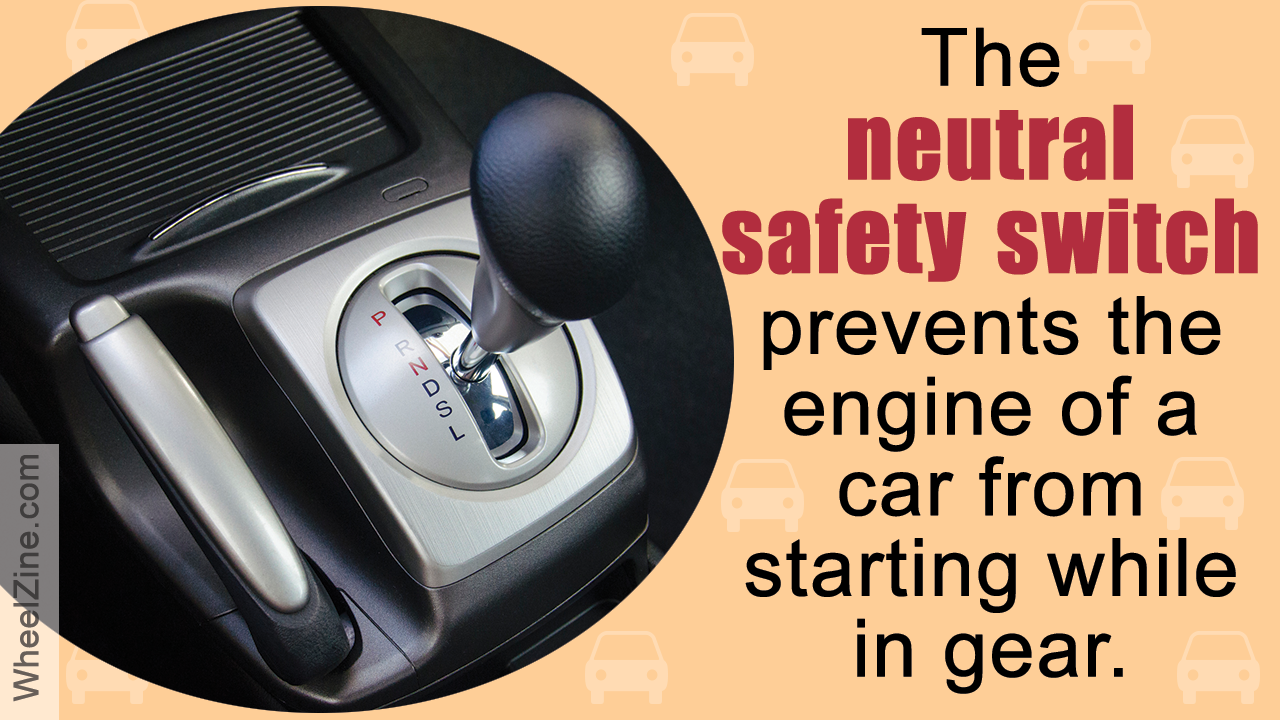 The neutral safety switch was first used in the 1980s, in the backdrop of numerous cases in which children left alone in cars turned the key and sent the car speeding forward.

It’s easy to start a car engine simply by turning a key in the ignition. However, this often makes us overlook the interesting process behind it. The engine contains pistons, which need to move up and down to rotate a rod, thus producing power to move the vehicle. The explosion of a mixture of gas and air inside the engine makes the pistons move in the first place. However, to turn on the engine, the pistons need to get moving from a dead stop to make way for the gas-air mixture in the engine. This is done by a starter motor, which receives current from the battery each time the key is turned in the ignition. While a car can be parked in gear, it cannot be turned on without bringing it into neutral. This is because of an electric part called the ‘neutral safety switch’. But where is the neutral safety switch located in a car? Let’s find out.

What is its Function?

A neutral safety switch is a mechanism that prevents the car engine from turning on when the transmission is in gear. It allows the engine to start only if the gearshift is in the ‘park’ or ‘neutral’ position. Without this switch, the engine would start whenever the key is turned in the ignition, and if the transmission was left in gear, this could make the vehicle shoot out from a stationary position, possibly injuring the occupant and/or whoever is near the car. In some models, the neutral safety switch is also responsible for turning on the back-up lights while reversing.

Symptoms of a Bad Switch

The neutral safety switch may malfunction due to corrosion, wearing-out with time, dirt and grease buildup, or moisture. A bad switch typically shows the following symptoms.

► Since this switch completes the starter circuit when the transmission is in ‘park’ or ‘neutral’, a bad one may misjudge the position of the gearshift, causing the engine to not start at all. Moreover, modern neutral safety switches are designed to turn the circuit off by default when they malfunction.

► Older cars with malfunctioning switches may turn on whatever be the gearshift position. This is because they are not designed to turn off by default on malfunctioning, unlike modern switches.

► A malfunctioning switch may misjudge which gear the transmission is in. This enables the engine to be turned on when in gear, and also shows an incorrect transmission selection on the dash.

► Since most switches turn on the backup lights while reversing, a malfunctioning one may not perform this role, resulting in the lights failing to turn on.

Testing a Switch for Malfunction

► If the car isn’t starting at the ‘park’ position, then hold down the brake and shift it into neutral. If this solves the problem, it indicates a bad switch, because shifting the transmission into neutral also shifts the switch to a different circuit which may not be damaged.

► If the car doesn’t start both, in the ‘park’ and ‘neutral’ modes, wriggle the gearshift around a little without actually changing gears, while turning the ignition. This might start the engine, because the position of the switch changes by moving the gearshift, bringing parts of it into operation which are not damaged.

► Find out the location of the neutral safety switch in your vehicle (see next section). After putting the transmission in ‘reverse’, unplug the electrical connector attached to it, and check it using a test light. If the lamp lights up, this means that there is no problem with the battery supply. Now, reattach the switch to the connector and check the connector again with the test light. If the light doesn’t turn on, this means that the switch is faulty, and is thus not transferring power from the battery.

As can be seen, the neutral safety switch plays a crucial role in starting a vehicle’s engine. The replacement cost for a bad switch can be anywhere between $50 to $250, or even more. If you are not too familiar with a vehicle’s working and mechanism, get the job done by a qualified mechanic to avoid any related problems.